Another Perspective,Top Story Biden Administration,Hamas,Iran,Israel,Palestine A Modest Plan for the Mideast - The American Spectator | USA News and Politics
Menu
Another Perspective
A Modest Plan for the Mideast
Instead of hate and and bombs, security and commerce.
by Roger Kaplan
President Biden addressing the crisis in the Middle East, May 12, 2021 (YouTube screenshot) 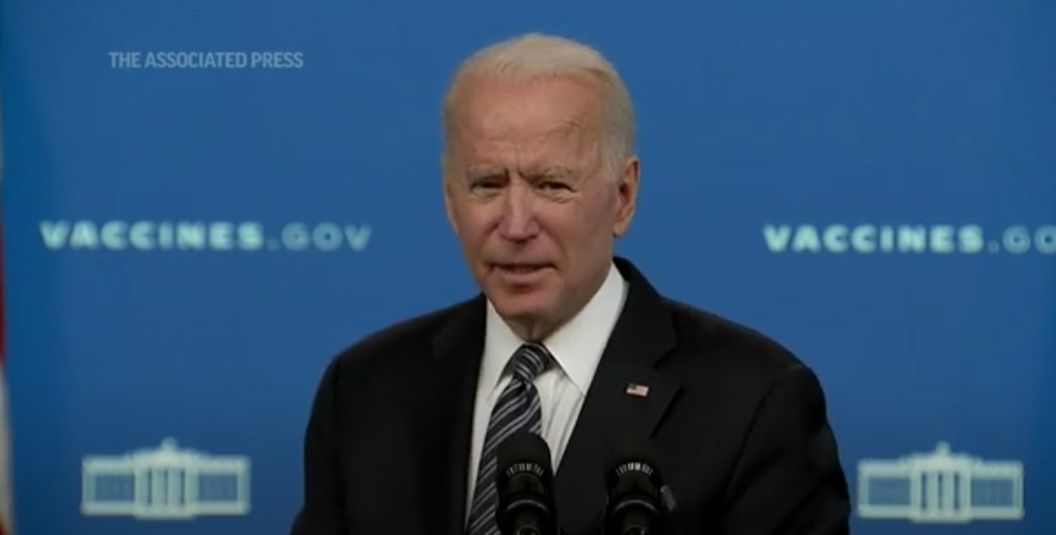 President Biden is right to blame the Hamas regime in Gaza for starting a new round in the endless Arab war against Israel, but he should still be faulted for indirectly encouraging the aggressors. The first 100 days of the Biden administration have been, in foreign policy, a study in the shortcomings of appeasement.

Which, obviously, is to put it politely when people, including the Palestinian Arabs who are the first victims of the political gangsters who rule over them, are being slaughtered unnecessarily.

For just as Winston Churchill said of the original appeasement policy, weakness only (and always) begets an “unnecessary war.” We can pray that the Israeli response to the rain of bombs on its population centers will be swift and firm enough to stop the violence before a general war breaks out in the region, but we may doubt whether the Biden administration will backstop Israel to the extent that is needed now, which would include putting an end to a policy of appeasement toward Iran, a policy that only encourages aggressors.

Pro-Israel Arabs cannot speak out except at the risk of their lives – this holds even for people far away, in such countries as Morocco and Algeria.

And what is the name of the replacement policy? As the name given it implies, the Trump administration’s Abraham Accords aim to convince Arabs and Israelis, Muslims and Jews that they can hang together or they can hang separately by any other name, including a final cataclysmic battle with nuclear weapons. And how can they hang together? A possible answer has been hiding in plain sight for half a century if not longer.

Recognized by the Trump team, the idea had been viewed plainly and at times promoted by Israeli policy leaders as far back (at least) as Moshe Dayan in the aftermath of the Six-Day War. It is simple and sensible: the Palestinian Arabs have everything to gain – indeed, have gained much already, but this is not said in polite diplomatic circles – by being Israel’s good neighbors instead of reluctant fodder for gang leaders.

And indeed, so have Jordan’s Bedouin tribes, who live in an uncomfortable standoff with the Palestinian despots who control what is now a majority-minority population in their country. So have the Lebanese Arabs, Christians, and non-Shiite Muslims, who chafe and suffer under the terror-rule of the Iran-sponsored Hezbollah terror organization.

And there are many more, of course, but this is the immediate neighborhood. Knowing this very well, Israeli strategists repeatedly sought to encourage self-rule and more liberal, democratic governance among these people, knowing this would be conducive to the kinds of relations – commerce, sports, education, economic cooperation – that countries with liberal regimes normally develop with their neighbors.

Israel never went in for the nation-building utopia that has been the wreck of many an American effort to pacify backward and turbulent lands, but in quiet ways the message has been sent to many people in the concerned countries. For instance, Palestinians, Lebanese, and Jordanians know they can get, and will get if they ask, proper medical care in Israel, as well as the skills and knowledge needed in developed societies. They understand very well they can get better jobs in Israel, opportunities to make money and re-invest it in ways that would help their families.

Israel must maintain a low profile because of single-party, single-ideology Arab politics. Pro-Israel Arabs cannot speak out except at the risk of their lives – this holds even for people far away, in such countries as Morocco and Algeria. That is why the U.S. must take the lead and proclaim that the next Abrahamic step should be an East Mediterranean Community consisting of Israel, Jordan, Palestine, and Egypt.

The European Union, after all, began as a “community” between historic enemies whose peoples hated each other. The project was encouraged by the United States. It was viewed, by Democrats as well as Republicans, as being in line with the economic aid and security guarantees, Marshall Plan and NATO, we proposed. With these, the nascent Euro co-op made the Atlantic Alliance a force for peace and progress.

Instead of yet another round of appeals by the United Nations or whoever claims to speak for brotherhood while enabling haters and killers, instead of another six-nation or 12-nation or no-nation roundtable where freeloading dead-brains sit and repeat the same cliches that have been heard for many years – maybe even many decades – the Bidenites can stand up like men (including the women) and say, “We propose a Mediterranean Union and whoever is in automatically becomes a formal, de jure U.S. ally, entitled to everything the Euros got in the late 1940s. Take it or leave it, fellas.”