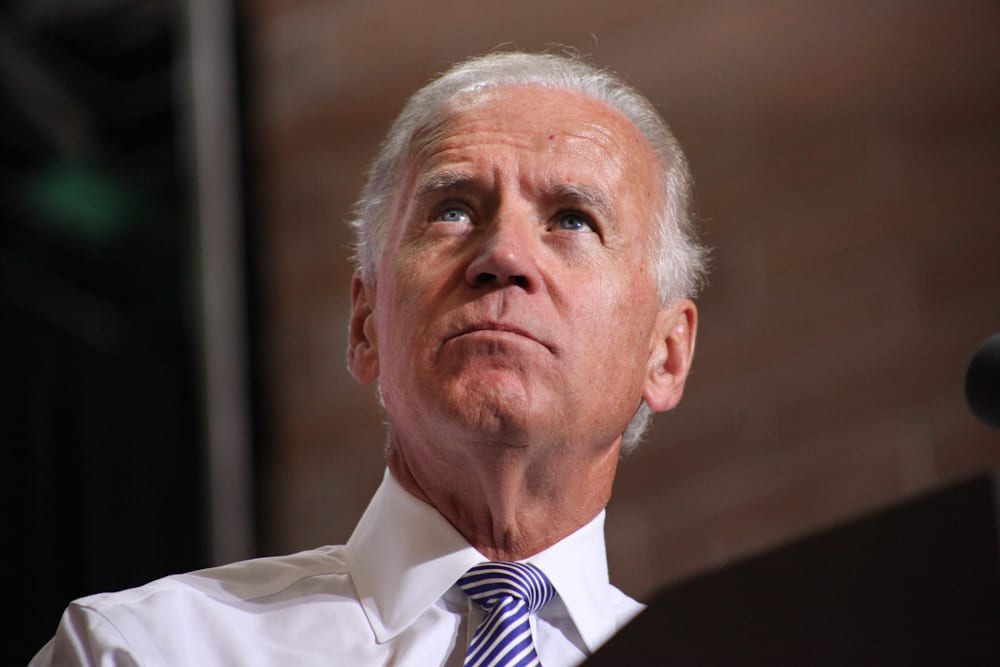 In the first year or so of Trump’s presidency, Joe Biden hit the talk-show circuit, musing on his own wonderfulness. “I have regret that I am not president,” he said to one host. “Because I think there’s so much opportunity. I think America is incredibly well-positioned.”

These days he is mulling a presidential run, telling fellow Democrats that he is the only electable candidate against Trump in 2020. But liberals are already throwing a wet blanket over his assumed candidacy. According to the New York Times, “He is viewed favorably by the vast majority of Democrats, but some surveys indicate Democrats want fresh faces and new leadership.” They may even want an old face, just not his. Bernie Sanders would appear to command a far more fervent following than Biden’s. Even within the circle of potential senior citizen candidates on the Democratic side, Biden feels stale.

Will the same egotism that led to his previous disastrous presidential runs lead to another? It would appear so. Biden has convinced himself that he is the only candidate man enough to take on Trump. He spent the Christmas holidays in the Virgin Islands, reports the Times, calling potential donors and telling them that no other candidate is up to the task:

In one of his calls over the holidays, Mr. Biden repeated a variation of a line he has used publicly: “If you can persuade me there is somebody better who can win, I’m happy not to do it,” he said, according to the Democrat he spoke to, who shared the conversation on condition of anonymity to discuss a private talk. But then Mr. Biden said something he has not stated so bluntly in public: “But I don’t see the candidate who can clearly do what has to be done to win.”

Biden’s ego is greater than his electability, and the faux-centrism he has worked so hard to cultivate will cut against his chances of even winning Democratic primaries. Waleed Shahid, a left-wing activist, told the Times, “In 2020, Biden-style centrism will become a toxic and losing brand of politics in Democratic primaries.”

It would be rich, however, if the Democrats, after so much relentless complaining about Trump’s rhetorical intemperance, ended up nominating the gaffe-ridden Biden. He somehow managed to acquire a reputation for “authenticity” even though his most famous piece of rhetoric was an unforgettable moment of inauthenticity: his first presidential run was blown up by a plagiarism scandal in which he had to borrow the words of a British socialist to describe the meaning of his hard-scrabble youth in Pennsylvania.

“Scranton Joe” looks more like Hollywood Joe these days, as he camps out on TV sets to regale hosts about the glorious days of progressivism under Obama. Biden brags about officiating at gay weddings, snags awards at environmentalist galas, and hobnobs with outré celebrities. He still calls himself “Middle Class Joe,” even as he moves into upper-class neighborhoods. He recently bought “a six-bedroom vacation house in Rehoboth Beach, Del. — off the water — for $2.7 million. No mortgage was recorded,” reports the Times, and has been cashing in on his vice presidency through a book deal and “selective paid speaking.”

After leaving the vice presidency, he set up a string of phony-baloney academic centers, foundations, and political action committees, all staffed by long-time retainers paid big salaries, according to the Times:

At least 49 staff or board members of the various Biden entities worked previously as aides or advisers to Mr. Biden, or held other positions in the Obama-Biden administration or campaigns. Their salaries and stipends consume a substantial share of the budgets of the six groups, including the philanthropic ones.

It looks like he will fold much of that into a presidential campaign. He is teaching a class at Penn but he sounds less like a professor than a juvenile student, telling people in various venues that he fantasizes about beating Trump up: “I wish I were in high school, I could take him behind the gym. That’s what I wish.” That wouldn’t sound too presidential if Trump said it, but Biden gets a pass for such buffoonery. Indeed, the press treats him as the sage old statesman, presenting his throat-clearing banalities as profundities.

At the same time, the press doesn’t appear too eager for his presidential run. That the New York Times is already rehearsing the many objections to his candidacy should worry his advisers. A tired, geriatric air hangs about the two candidates who appear most committed to running, Elizabeth Warren and Joe Biden, and it doesn’t help that a candidate even older than those two looks fresher, Bernie Sanders. Biden should quit while he is ahead, but he won’t. His persistent vanity — a tendency to get “out ahead of his skis,” as Obama once put it — simply won’t let him and foreshadows his final fall.