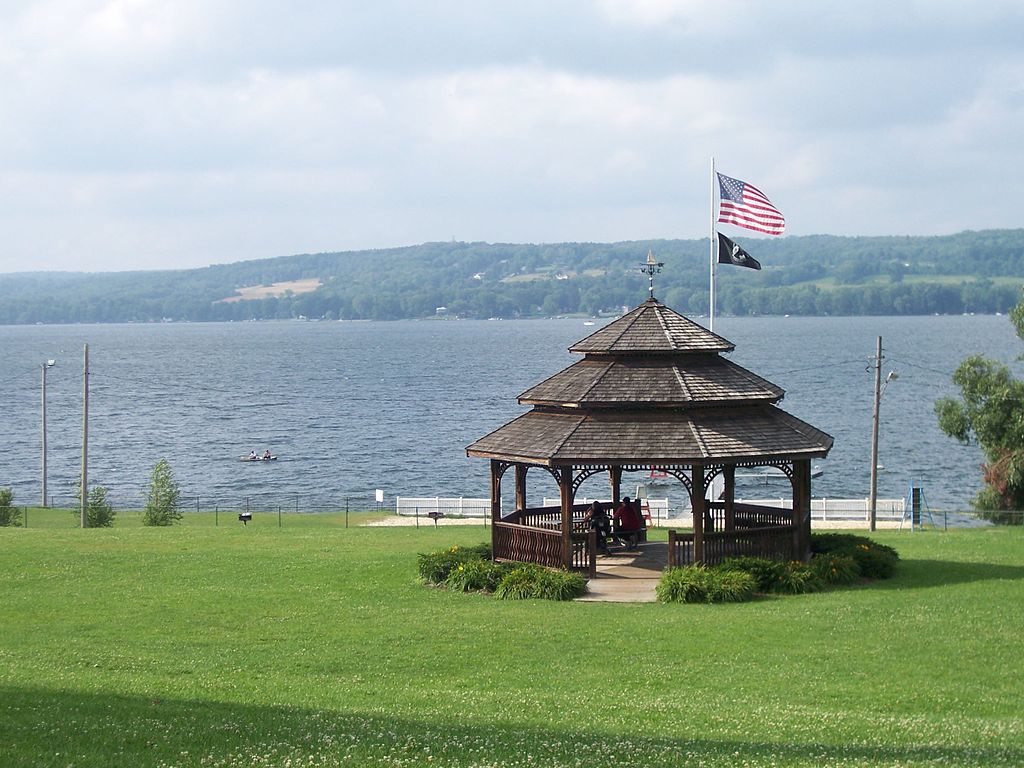 The Chautauqua Institution is a historic, renowned interfaith community located in southwestern New York state just across the Pennsylvania border. Founded in the late 1800s, it is a lovely place on Chautauqua Lake. Every summer the institution hosts ecumenical gatherings of artists, musicians, and speakers. Numerous Protestant denominations have some sort of faith house in the community, which is highly gated, restricted, and has the feel of an island.

New York’s vacuous governor, Kathy Hochul, credited state troopers with stopping Matar, but it was actually the citizens who stepped up as first-responders.

The community has also become very woke, courtesy of the left-wing lurch of the institution’s ideologically one-sided leadership. Race, gender, and sexual orientation are the dominant spirit for the Religious Left running Chautauqua.

I spoke there in July, as a sort of dissident voice brought in by a group called Advocates for Balance at Chautauqua, which is desperately seeking just that: some genuine ideological balance among Chautauqua lecturers. I was there for three days, and indeed found the place so race-obsessed that I half expected to be lectured about “white fragility” when the girl handed me my cappuccino at the coffee shop. If I had a hundred-dollar bill for every utterance of the word “white supremacy” emanating from the main speaking stage, I would have left the place a wealthy man.

Sadly, it was on that main stage on Friday that Salman Rushdie was nearly stabbed to death.

Rushdie was there as part of the so-called Abrahamic Initiative that Chautauqua’s “social-justice” organizers have put together. The initiative aims to foster “dialogue” and “tolerance” among the Abrahamic faiths: Jews, Christians, and Muslims.

One man decidedly not interested is 24-year-old radical Islamist Hadi Matar of New Jersey. Shortly before 11:00 a.m. last Friday morning, Matar dashed on to the main stage at Chautauqua and tried to murder Rushdie, slashing to shreds the notion of interfaith dialogue between him and his target.

Matar had wasted no time. The moderator of the Q&A with Rushdie had just greeted the audience, saying, “Hello, everyone, welcome to the 10:45 lecture,” when Matar immediately bolted on stage.

“I thought at first that maybe he was a technical guy looking to help Rushdie with his microphone,” a witness told me. “But immediately, he jumped on Rushdie and punched him four times very quickly.”

The witness learned in retrospect that Matar was punching Rushdie with a knife held in the palm of his hand, with the blade sticking up from between his knuckles. Matar went for the neck. Koran 47:4 commands, “When you meet the unbelievers, strike their necks.” That was where the Islamist fundamentalist plunged his blade.

“Rushdie toppled to his right, and blood started spurting on the platform,” the witness told me. “To the great credit of the crowd, within only five seconds it seems, there were a bunch of guys on that stage right away stopping the attack. Some were doctors, including a local guy who’s a surgeon.”

New York’s vacuous governor, Kathy Hochul, credited state troopers with stopping Matar, but it was actually the citizens who stepped up as first-responders. The state troopers came later. There were also yellow-shirted security guys at the outdoor amphitheater, but they likewise were not the first on stage. There were no metal detectors or screening for the event. Security was minimal to nonexistent.

Matar was effectively free to make his run at Rushdie. He was halted only by good citizens who sprung into quick response. If Rushdie survives, he owes his life to them. At this moment, he is on a ventilator at the UPMC (University of Pittsburgh Medical Center) Hamot hospital in Erie, Pennsylvania, about a 40-minute drive, where he was helicoptered in haste. He has very serious injuries, including to his liver. He will likely lose an eye.

For 33 years, Rushdie has dealt with a fatwa placed on his head by Iranian mullahs for his 1988 novel The Satanic Verses. For years, he was in hiding, nowhere to be seen. In recent years, he seems to have let his guard down. Initially, when the fatwa was first issued against him, he received vigorous protection by Margaret Thatcher’s government in Britain.

A man of the left, Rushdie had previously, in the description of Margaret Thatcher biographer Charles Moore, “described the British police as the colonising army, those regiments of occupation and control. Now he sought—and received—their full-time protection at taxpayer’s expense.” According to Moore, the British police moved Rushdie among 57 different locations in five months at the height of the death threat. Rushdie’s previous nemesis, Prime Minister Thatcher, provided him a round-the-clock armed guard. (R. Emmett Tyrrell, Jr. wrote humorously about this in The American Spectator way back in May 1989.)

The unfortunate man could’ve used those armed-guard “colonizers” in Chautauqua on Friday. Instead, the secondary story to the big story of whether Rushdie will live is the story of the lax security he received in Chautauqua. For a guy with a 33-year bounty on his head, hunted for decades by fanatics, that seems really careless.

For now, the 75-year-old author struggles for his life on a ventilator. Let us wish him best and offer our prayers.