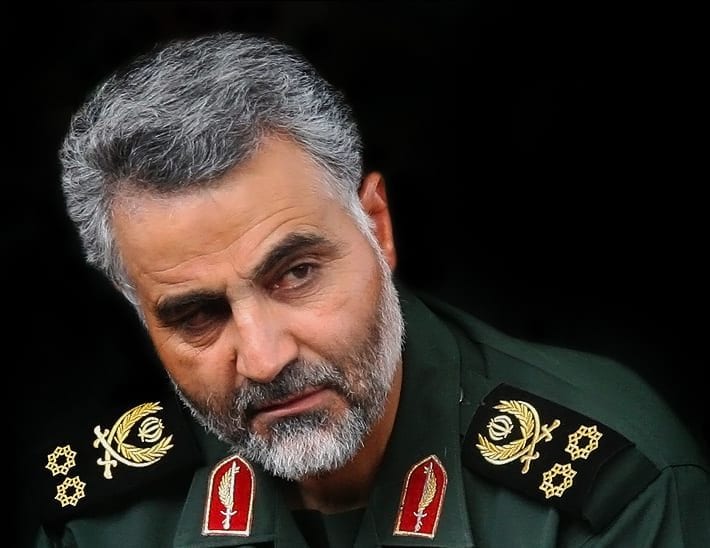 The possibility of Donald Trump being carted out of the White House in handcuffs, a dream held by so many Never Trumpers, might finally be at hand. Not from our own police, since they cannot be trusted to handle arresting anyone these days. Rather, by the International Criminal Police Organisation (INTERPOL), led by Ayatollah Khamenei and his flashy arrest warrant for the death of Iran’s “Most Revered Military Leader” Gen. Qasem Soleimani. The Ayatollah of the Iranian regime has done what no American would think to do — put a warrant out for President Trump. Who would’ve thought that Iran, with all its documented human rights abuses from subjugation of women and execution of homosexuals, would be the hero of the #Resistance?

Outrage over the killing of Iran’s top general swept the U.S. this January, with protests organized to stop the “War with Iran” before it even had begun. Soleimani, remembered for causing the deaths of over 600 servicemembers, was dearly missed by Iranians and Americans alike. As Colin Kaepernick so eloquently put it, Soleimani’s killing was just another in a long past of American terrorist acts against “black and brown people.”

Never to let a victim of terrorist violence go undefended, Iran has reheated this subplot from earlier in 2020 and is demanding President Trump be brought to justice. Yet it looks like the corrupt will once again stand in the way of justice. Article Three of their own Constitution — a red flag in itself — states that “It is strictly forbidden for the Organization to undertake any intervention or activities of a political, military, religious or racial character.” The rot is deep. They have the audacity to say Iran calling for the arrest of America’s leader is political. How dare regulations and the rule of law get in the way of justice!

With all international institutions against him, Ayatollah Khamenei stands alone in taking prosecution straight to Trump. Americans look on with envy as Iran wages its noble crusade against the president.

The irony of this situation is not lost on those who understand this is only more posturing from the Ayatollah. But that tantalizing prospect of arresting Trump on bogus charges is just too tempting for some people. Of course, to hedge your bets on the man that leads chants of “Death to America” is absurd, but I guess that is 2020 for you.