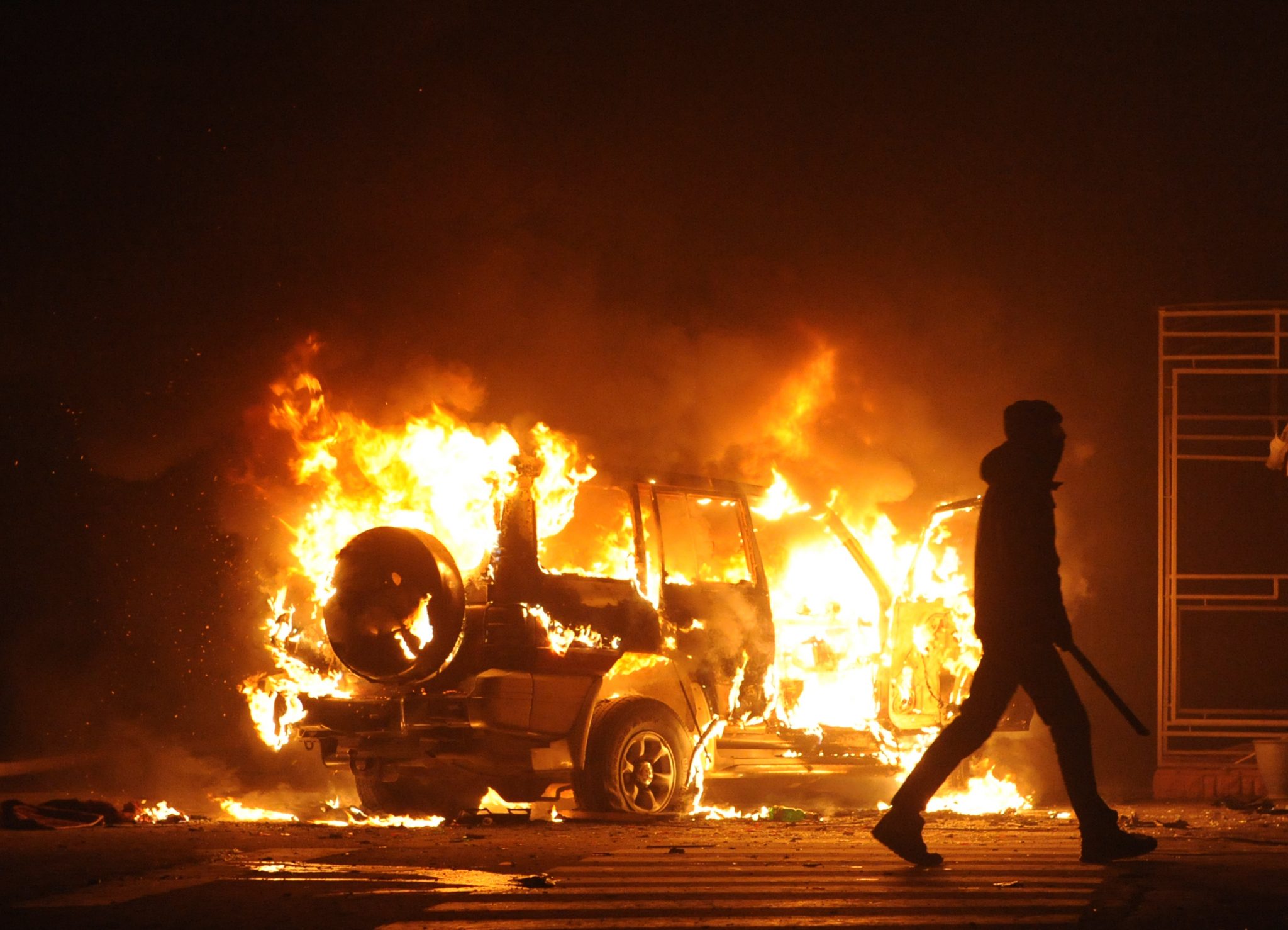 On Thursday, the Intercept, a left-leaning investigative reporting outlet, released a 25-minute video hit piece on the journalists who covered the 2020 summer riots. Accompanied by spooky music, a narrator with a measured tone feigns objectivity while describing the mostly conservative “riot squad” not as some of the best reporters around today but rather as a group of ideological propagandists.

There are some valid criticisms in the video. These reporters could use more objective language in their tweets instead of, for example, calling rioters “BLM militants” and calling January 6 rioters “patriots.” They occasionally make minor mistakes in their reporting about events as they occur. For example, Elijah Schaffer assumed that Joseph Rosenbaum, who was shot by Kyle Rittenhouse in the parking lot of a looted car dealership in Kenosha, Wisconsin, was looting the location.

But in live reporting on chaotic events, mistakes happen and are quickly corrected. These issues pale in comparison to the blatant failures and falsehoods in coverage from the mainstream media on major issues. Russian bounties in Afghanistan, the death of Officer Brian Sicknick, and Gov. Cuomo’s coronavirus response are just a few recent examples in a long history of the mainstream media failing to investigate and report the facts.

The mainstream outlets covering the BLM protests in the summer of 2020 tried as hard as they could to ignore the chaos and destruction, with CNN going as far as calling protests in Kenosha “fiery but mostly peaceful.” The constant narrative, repeated by the Intercept, is that the great majority of the protests were peaceful. Yet they ignore the inconvenient, violent minority almost entirely. To the Intercept, journalists mislead people simply by covering these events.

Because the mainstream media refused to honestly cover these issues, conservative outlets and independent journalists filled the void. Without conservative journalists on the ground, there would have been almost no footage of the Kyle Rittenhouse shooting, and there would be serious gaps in the coverage of riots in many other American cities. The Intercept falsely insinuates that Richie McGinniss deleted footage of the Rittenhouse shooting of Rosenbaum. In reality, McGinniss put humanity before reporting and offered medical aid to Rosenbaum and helped get him to a hospital.

The Intercept video proclaims that the “riot squad” only covers left-wing or BLM riots and not right-wing events. But several minutes later, the video details how these same reporters were some of the few actively covering the January 6 Capitol Hill riot. Some of this footage has been used in legal cases against Capitol rioters, so the conservative reporters were obviously not doing them any favors. This obvious contradiction went unaddressed.

While the Intercept takes issue with supposed sympathies with right-wing actors from the reporters, it has recently been beset by a much larger coverage controversy.

In November 2020, Glenn Greenwald, founding editor and the outlet’s main star power, resigned from the Intercept after editors blocked his critical coverage of Joe Biden’s foreign ties. In the month after Greenwald left, the Intercept’s internet traffic declined by about 40 percent.

This is so disgraceful. The Intercept has fallen into some sort of manic phase where their desperation to raise funds from a readership increasingly abandoning them – to avoid losing their 501(c)(3) status – is causing a level of recklessness & toxicity without limits. Read this: https://t.co/Ha1ILJPW0u

Some of the journalists featured in the piece were also quick to refute and criticize the Intercept’s critical coverage of their work:

However, their propaganda video backfired & they ended up making us all look totally epic!

Thanks for the FREE promotion!pic.twitter.com/O9Z4afWyMe

In this piece, @RobertMackey (who I spoke to for over an hour) describes my professional background but *fails to include the fact that I worked at NBC News for LONGER than LevinTV, even though I told him this and the info is available for all to see on my LinkedIn: https://t.co/wzTXkm603J pic.twitter.com/weghZE2wlt

The Intercept has fallen into the same trap as much of the mainstream media did: Ignoring the realities of what was happening on the ground last year. We reported fairly, both the good and the bad (as this “article” itself is forced to note) and the @DailyCaller did great work. https://t.co/r7JlxkwK8C

An outlet that was founded to address concerns about press freedom is now adding to those concerns by targeting conservative journalists. The Intercept was once the best example left-of-center investigative reporting outlets around. Those days are over.