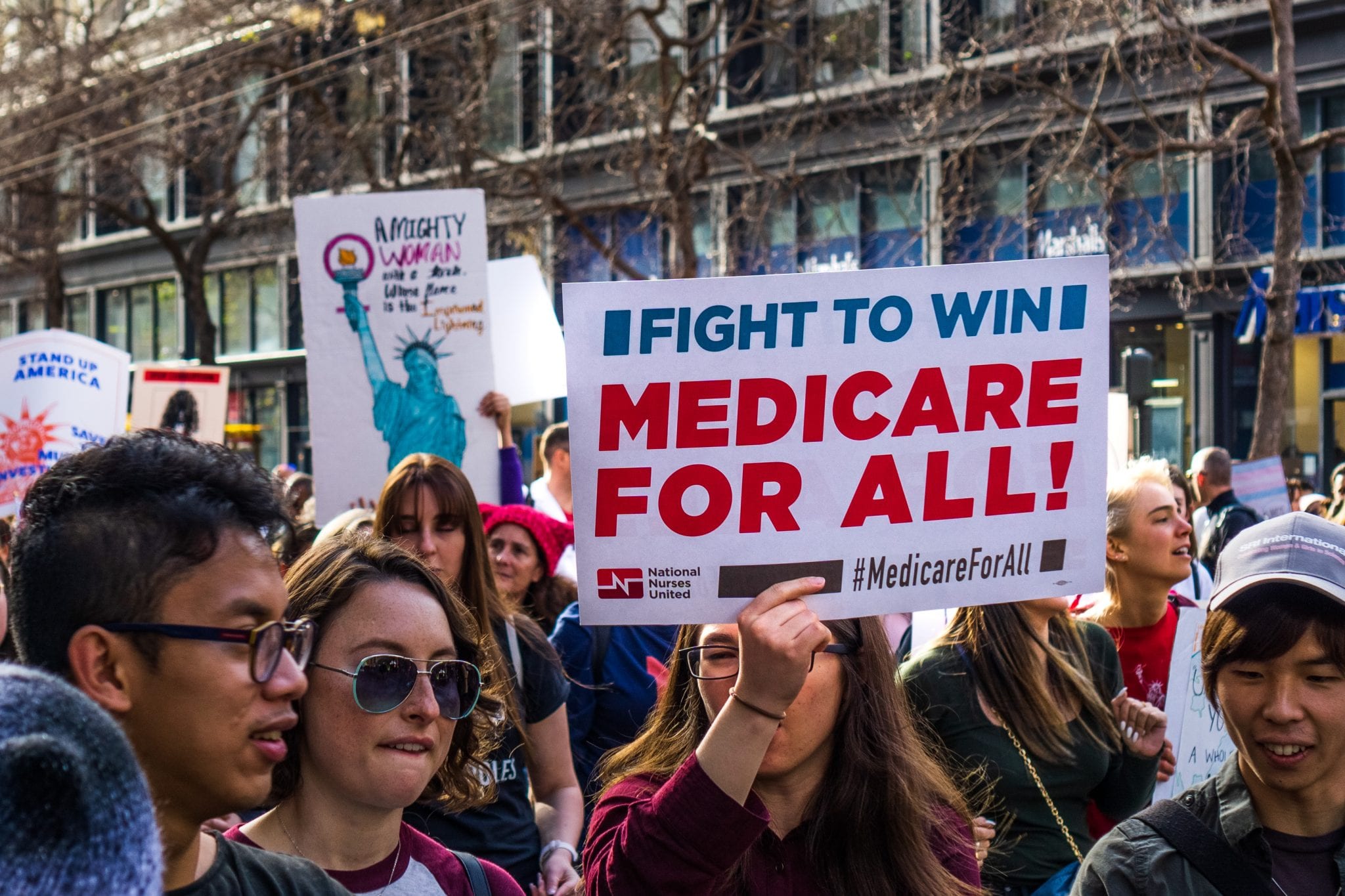 Much has been made of the Left’s efforts to make American life more “inclusive.” Although some of their terminology is new, inclusivity has a deep history in the United States. Individual political enfranchisement, a primary goal of the nation’s Founding, aimed at greater inclusion. The refusal of the state to formally elevate a particular religion in the U.S. is, among other things, a means to foster the civic participation of people from various religious backgrounds. In short, virtually no one in America doesn’t accede to this virtue of inclusion.

But in the wake of the hard-left turn of the Democratic party, many citizens have been encouraged to abandon the implicit norms regarding inclusion in this country. Before explaining the leftist reinvention of inclusion that is on display today, some discussion of the meaning of “politics” itself is in order. In attempting to name the essence of the political in such a way that it is clearly demarcated from other fields of human activity, German political philosopher Carl Schmitt suggested the “friend/enemy” distinction as politics’ most basic concept. In short, Schmitt argued that the political enterprise begins from a classification of ideological friends and enemies and proceeds through a systematic advancement of the objectives of the friends and an antagonistic relation to those of the enemies. One need not agree with Schmitt on the inherent militarism of political activity, but he does clarify an overlooked truth: politics is an inherently exclusionary enterprise.

At its core, politics is the ethical art of pursuing the good of the collective through governance. Since the late medieval period, the primary tool for this project has been some form of nation state — a delimited physical space (one marked by boundaries) within which the government claims authority to act on behalf of the collective good. Not only are the boundaries required in order to legitimize government authority, but they also serve to indicate who is included in the “collective” on behalf of which the state acts. So to the friend/enemy distinction, we might add an inside/outside distinction to the traditional notion of the political.

This inside/outside distinction must be articulated in two ways. First, the nation (the inside) needs a territorial outside — a space that is decisively beyond the authority of the state. It is a state’s claim to a limited sphere of authority that justifies its action: it cannot reasonably or ethically claim to advance the interest of all people everywhere. Secondly, of course, the inside/outside issue must be settled as it relates to the polity. Who are the people whom the state has a legitimate obligation to consider, assist, protect, and empower? To some extent, the people who are “insiders” (the polity) are determined by who occupies the inside of the space designated by national boundaries. But mere physical presence in the internal space of the state has never been sufficient evidence of one’s insider status when it comes to the polity. This has always been true, even in tribal societies: you can walk up to the camp and pitch your tent right next to the chief’s, but that doesn’t make you a member of the tribe. And there are good reasons for that. Elizabeth Warren learned the hard way.

The entire historical exercise of politics, then, is one that has been fundamentally exclusionary. It is important to note that these exclusions are not merely “preferences” of an oppressive political or economic elite. Rather, these exclusions are fundamental preconditions that must be met if any government is to be empowered to advance the good of a collective.

Part of the reason that the far Left cannot be reasoned with is that they reject these fundamental assumptions about what politics is. Leftists tend to reject exclusion as injustice, and, therefore, they reject politics writ large. If politics purports to seek the good, but it can only do this by enacting a series of injustices (i.e. necessary exclusions and demarcations), then, in the mind of progressives, politics is reduced to paradoxical hypocrisy.

The solution to this problem on the left seems to be an attempt to reinvent politics as a radically inclusionary activity. This desire for inclusion is at the murky bottom of nearly every policy aspiration of the Democratic Party. They insist it would be an injustice if we didn’t include third-trimester pregnancies as eligible for abortions. They suggest that 16-year-olds should vote, that felons should vote, that illegal immigrants should vote — anyone who occupies the geographic space of the state must be included. Of course, open borders are the best way to ensure that the government must include the peoples from all over the globe in its deliberative decision-making. Ironically, this is advanced by undermining the physical boundaries that enable the government to define its sphere of authority and the identity of its people. Those who take advantage of the porousness of the border must be included — they must be eligible for work, for licenses, for government financial assistance, for student loans, for voting rights — in a word, they must be included as de facto citizens. Inclusivity abounds: Medicare must be “for all”; preschool must be universal. The LGBTQIA acronym must continue to take on more letters: it must include the full scope of human sexual identity.

Inclusion, above all! But there is another irony. As I have shown, politics (i.e. good governance) depends on a series of necessary exclusions made by the state. By seeking only radical inclusion of all sorts, the Left moves toward a liquidation of the polity (as a group of people who exist in contradistinction to those “outside”) and the state itself (as the product of physical demarcation of the space that exists “outside” its authority). The irony is this: Only a strong, centralized, authoritative state can formally undertake the policy reforms required to consolidate the radical inclusions desired by the Left, but the politically corrosive effects of those inclusions (often implemented with disregard for existing law) have undermined the power and authority of the state. In short, radical inclusivity has so muddied the definitions of state, polity, boundary, and nation that the reforms needed to achieve total inclusion (which is really empire) are beyond the capacity of the state. A politics of inclusion is an oxymoron. It is a veiled attack on the political as such.

In a recent feature for Quillette, Matt McManus describes the tensions between political freedom and inner freedom. Certainly, they are two different things. The former refers to particular conditions of life in a particular place, usually in the context of nationhood, while the latter refers to an equally (or perhaps even more) elusive state of spiritual autonomy and well-being on the part of the individual. In the American political tradition that derives from the Enlightenment, our best thinkers have implicitly acknowledged the inability of the state to provide inner freedom. This is why the Founders worked to guarantee the pursuit of happiness rather than happiness itself. American democracy was built on the assumption that less government intervention in individual lives was most conducive to the individual pursuit of happiness.

Today’s leftists work to invert the equation: because so many people have apparently been unable to achieve inner freedom, they reinvent government as its provider. Inner freedom becomes one more government entitlement — one that cannot be fulfilled without a wholesale redistribution of goods, money, and political power. The imposition of radical inclusivity, in which everyone, everywhere, has an equal claim to the benefits of citizenship, is the vehicle by which this redistribution of cultural capital and political agency is achieved.

The Left’s hope is that universal inner freedom is the reward that comes from the sacrifice of political freedom. But they’re wrong. Inner freedom is not a political achievement. It is won by the politically free individual who completes a quest for the transcendent — an achieved understanding of the value of higher things than politics can promise. Not only will the path of radical inclusivity teach crestfallen progressives that inner freedom cannot be bureaucratically “universalized”; it will also remind all of us — too late, perhaps — of the unpleasant truth that political freedom (and politics writ large) depends upon exclusion.

Adam Ellwanger is an associate professor of English at the University of Houston — Downtown and a member of Heterodox Academy. Reach him at ellwangera@uhd.edu.