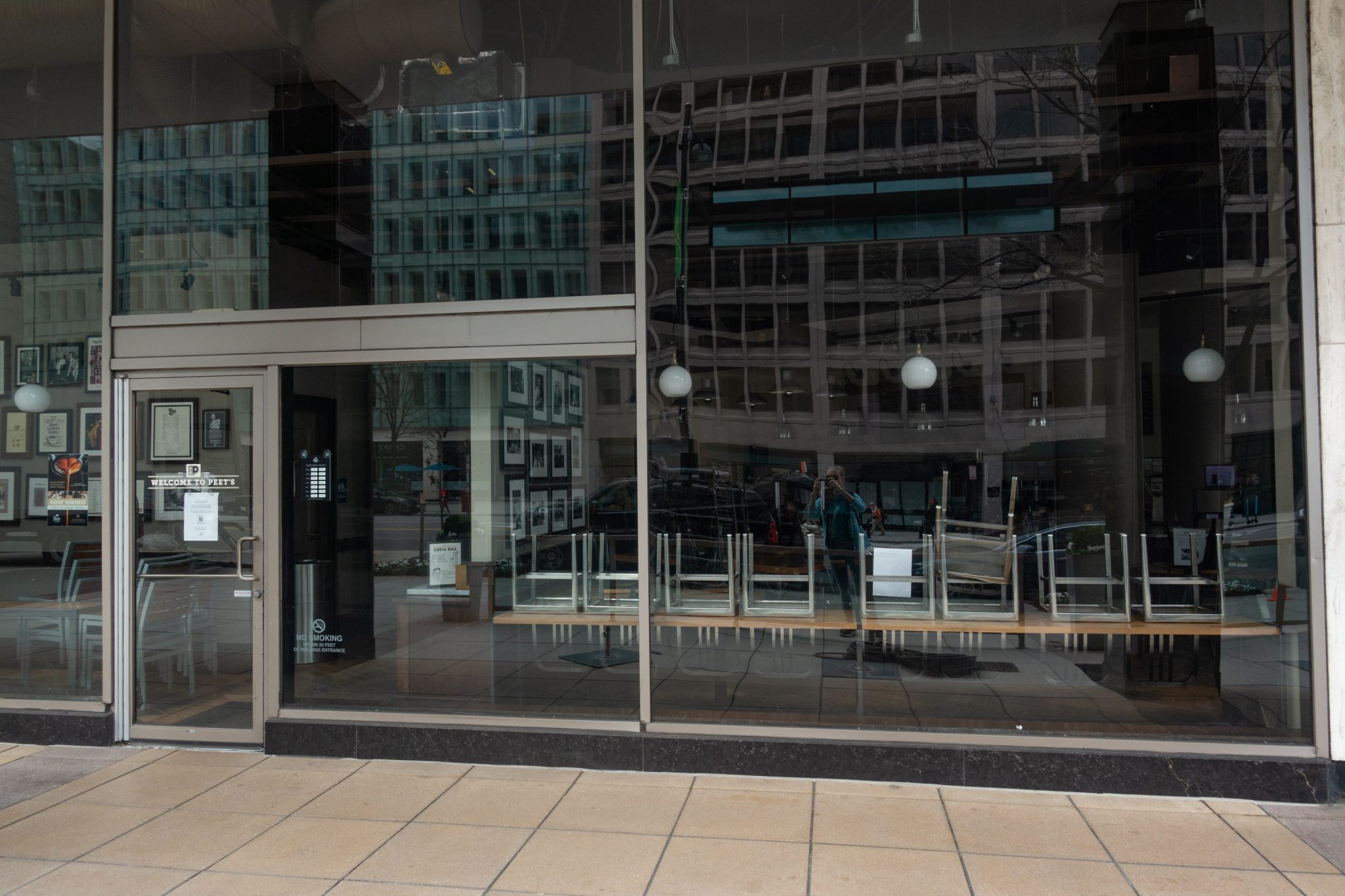 For many years I would threaten my wife with the possibility of working from home. Her consistent response was, “In sickness and in health, but not for lunch!” A good line but, ultimately, no defense to the onslaught of the coronavirus and multiple lockdown orders from the Virginia governor (through June 10) and the mayor of Washington, D.C.

So we are now a cozy couple at home Zooming with children and grandchildren, participating in televised Masses, going for daily walks, remote working, and enjoying delightful lunches prepared by my resigned but loving spouse. We are doing our best to give the lie to Ambrose Bierce’s definition of marriage in The Devil’s Dictionary: “The state or condition of a community consisting of a master, a mistress and two slaves, making in all, two.” Slaves to love, that is. And Lent is over, and the bar is open.

I try to get in an hour-long walk each day, but it is getting harder to maintain that six-foot distance given the increasing volume of foot traffic in my neighborhood. One finds oneself walking in the middle of the street or disobeying new ordinances prohibiting the use of the running track at the local elementary school. We are all transgressors now.

So, heading into the fifth week of confinement, and checking a number of the high-risk boxes, I must face the very distressing prospect of this situation persisting for a v-e-r-y l-o-n-g t-i-m-e. Fortunately, as a “white collar worker,” I can work from home and keep receiving a paycheck via direct deposit. But a recent comment, cited by R. R. Reno, editor of First Things magazine, struck me hard. We are destroying the working class to save the elderly. This is a startling thought that hits home for someone, like moi, who has now reached his seventh decade of life. A Marxist could have a field day regarding the class dimension of this shutdown of the economy. The historic increase in unemployment claims speaks to the misery regarding which the recent relief bill passed in Congress will hardly make a dent, though it may salvage some of the economy if it is restarted sooner rather than later.

The tragedy encompasses a lot of the petite bourgeoisie, the middle-class entrepreneurs who have put their life savings into their businesses, all of which, collectively, employ a huge number of Americans. Many of these businesses are not coming back. I was struck with this realization the day before my office went on lockdown. Downtown Washington, D.C., was already emptying out that day, reminding me of that strange sense of emptiness on 9/11. I dropped by the relatively new sandwich shop serving breakfast and lunch in my building and owned by an energetic Korean couple. A half dozen or more Hispanic employees were busy preparing for the day, but I was the only customer that morning at a time when dozens of people were usually lining up for a hot sandwich and cup of coffee. An old Irish expression came to mind: “It will all come to tears.” I think of those folks every day now.

Has any government whiz kid done a benefit-cost analysis of what we are doing to the country? Most federal agencies use a metric called “the statistical value of life” in such calculations, in the range of $9-11 million per life. How does the loss of life from this virus stack up against another Great Depression? Maybe it balances out, but one has the feeling that no one is even asking the question. Gov. Cuomo says we cannot tolerate the loss of one human life. No one believes that. Otherwise, we would all be driving armored cars rather than sedans or SUVs.

Health officials have a job — public health. But life is full of tradeoffs. No doubt, there was wisdom to “flattening the curve” for a time to avoid overwhelming hospitals. But public health officials do not have the last word on destroying an economy and the lives, literally and figuratively, of working-class Americans and small-business owners who are the driving force behind job creation. It would be nice to hear some officials recognize the tragic nature of these tradeoffs and the need to face them squarely. I may be a dead man walking, but I am still listening.