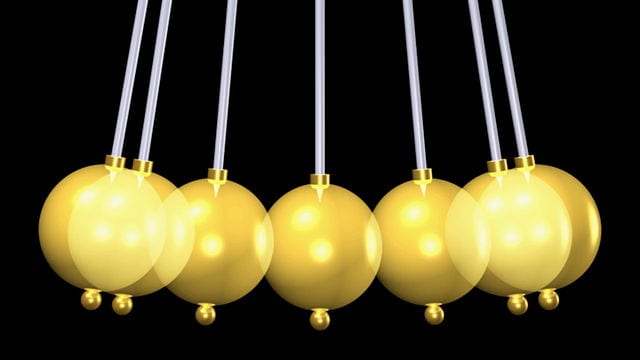 Honor requires that I attribute the title of this piece to a Time magazine review of John Fowles’s The French Lieutenant’s Woman, published back in 1969. A good pun sticks with me for life.

Another memory that’s stuck with me nearly as long is a brief conversation I had shortly after college. I was taking an evening class in Minneapolis, and one of my fellow students happened to be a female state legislator. She was then at the green end of what would be a long political career (she was a Democrat; there are very few short political careers among Minnesota Democrats — in spite of Al Franken). This was the mid-’70s, you understand. The driving engine of liberalism back then was the Counterculture, the hippie movement. Liberals in those days were all about letting it all hang out, telling it like it was.

So I was amused to overhear this woman, during a break, complaining to another woman about hijinks she’d observed at the University of Minnesota. The way frat boys behaved on party nights — sexual displays and vulgar joking about women. “I just don’t think that kind of crudity should be allowed,” the representative said. I observed to her that she sounded exactly the church ladies in my little home town, objecting to sex and violence in entertainment. She saw no resemblance at all.

On my mental timeline, that conversation marks a watershed (I’m always seeing watersheds everywhere; probably a sign of OCD). It seems to me to mark a realignment on the Left. The feminists and the hippies were never really compatible, but they made an alliance, like Churchill and Stalin, during the Wars of Aquarius. The alliance was doomed, of course. Feminists have always been essentially Victorian. The last thing they want to see is anyone letting it all hang out.

I recall, back in those college days I keep yapping about, a class discussion on the sexual revolution. The instructor said, “It’s like a pendulum. The pendulum swings one way, and after a while it swings back.”

Ever since, I’ve been waiting for that backswing. I always assumed (naively) that when the pendulum returned, it would bring a resurgent Christian culture with it.

Nowadays I think I see that pendulum in the distance. But it’s not coming the way I expected.

I have a feeling (and I hope I’m wrong) that the pith of the new pendulum swing will not be Christianity, but Islam.

We have Islam on our minds these days in the Gopher State where I live. My new congressperson is a Somali immigrant, and our new attorney general is Keith Ellison (insert Kavanaugh joke here). Those of us inclined to paranoia find all this a little unsettling. Can we be far from Sharia Law now?

My friend Mitch Berg of the Shot in the Dark blog, an impeccable libertarian Republican, considers such fears laughable. He pokes fun at them in this well-reasoned blog post. “About half a percent of Minnesota’s population is Muslim. If we get Sharia imposed on us by half a percent of the population, we’ll probably deserve it,” he writes.

I sincerely hope he’s right. But my personal paranoid fantasy doesn’t see Sharia coming by way of demographics (though that seems to be working in Europe). I see it coming through the voluntary conversion of American elites.

Think of that old cultural pendulum again. The pendulum swing-back is long, long overdue. People need rules. Rules give us a sense of security, something in short supply since the swinging sixties and the sophomoric seventies. The Left, like the Soviet Union in its time, is ready to abandon libertinism and lace itself up nice and straight.

But the one thing that gives them pause is Christianity. Victorianism had a Christian element. This offends the modern Leftist. In the current climate of opinion, Christianity is the religion of white racism. Christian westerners, we are taught, are responsible for all the world’s evils. Even the mainline Christian churches are ashamed of themselves, and are doing all they can to commit slow suicide.

I was educated in the schools of a mainline Christian denomination, and I worked for them too, at their national headquarters and in a local congregation. I’ve watched their decline with fascination. Their situation is a sad one. They genuinely revere Jesus, but they’re not quite sure who He was. They consider the creedal definitions pretty much null, for some reason having to do with European imperialism (though Athanasius was in fact a North African).

For them, Islam has obvious appeal. It offers the opportunity to maintain their vague veneration of Jesus (honored as a prophet in the Quran), while disassociating themselves from the “evil” legacy of Christian Europe. In the conceptual world of the Left, Islam is sinless. Any crime committed by Muslims (if such be mentioned, in whispers) can easily be explained as having been provoked by the Christian West. Conversion to Islam would be an act of solidarity with the Oppressed, with the exemplary, non-white Third World.

I expect to see the mainline churches convert to Islam — en masse— within my lifetime.

A couple problems remain, especially Islamic views on women’s rights and homosexuality. I expect they’ll work those out. When that happens, the feminized West will sink languidly into a simpler, submissive life, free from all the modern bustle.

Because what’s a burqa, if not a Victorian dress without the bustle?

Lars Walker is a novelist and Norwegian-to-English translator. He is the translator of Viking Legacy, by Torgrim Titlestad, and one of the translators for the miniseries Atlantic Crossing, coming in 2019.