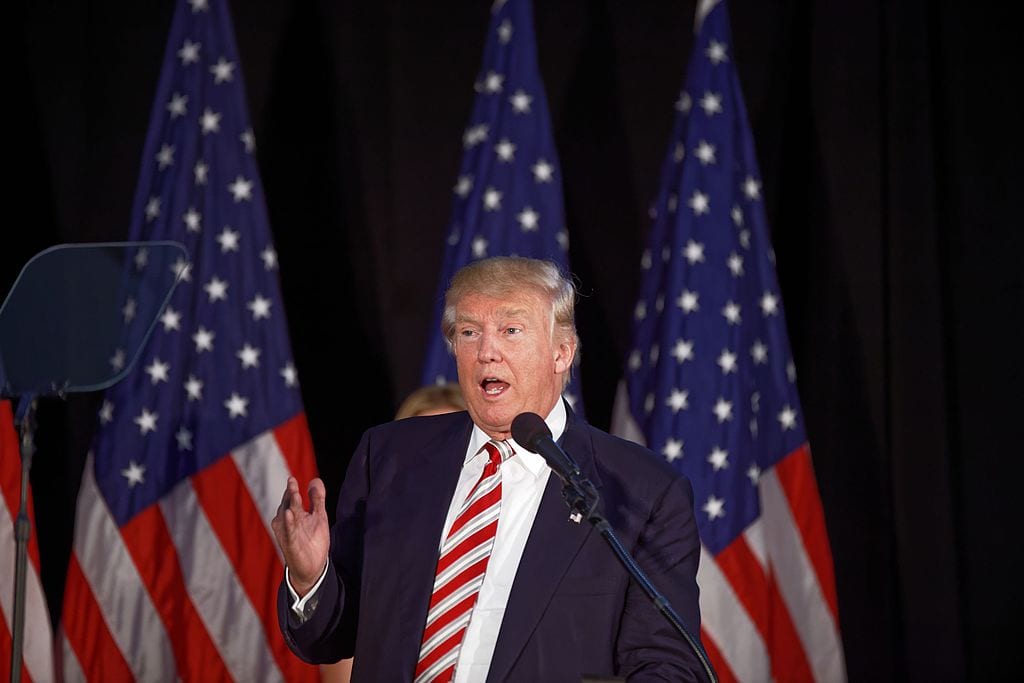 Thursday, lots of conservatives for whom a harder line on immigration is a fundamental issue devolved into arrhythmia upon news that President Trump offered to place as many as 1.8 million Dreamers, or illegal aliens brought to the United States as children by their parents, on a path to citizenship.

That alarm should have been short-lived, as there was no real danger the Democrats would be smart enough to take it.

Why? Because the ask that went with Trump’s offer required the other side to come to the table. The president’s conditions for the amnesty he offered were fairly reasonable, but substantive — he wants $25 billion for the wall and border security, he wants an end to chain migration from all immigrants, not just the DACA recipients who have been discussed to date, and he wants an end to the diversity lottery.

In other words, he’ll give the Democrats what they say they want, and more. The Democrats demanded legal status for the 700,000 DACA recipients from Trump in their recently-failed shutdown bid, and Trump is proposing more of a grand bargain, in return for what Republicans want — a full-on shift in immigration policy to reflect a skills-and-merit based immigration system, together with the resources to create the kind of border security that eliminates the potential for the next round of DACA recipients in 10 or 20 years. And the offer of amnesty to the 1.8 million Dreamers is contingent in their possessing “work history, the right amount of education, and good moral character.”

Trump’s immigration point man Stephen Miller touted the offer as containing “extremely generous provisions” and “dramatic concessions” to the Democrats, which set off alarm bells on the right. For some it’s a philosophical bridge too far to allow a path to citizenship for illegals who cut in line.

But those who despair of Trump’s generosity to the other side can relax. As of Thursday night, at least, there is no danger of this deal becoming reality. Why? Because the offer drives a major wedge between the Democrats and their base, and that party simply cannot repudiate its Hard Left donors and activists.

Today the White House released a hateful proposal that would slash legal immigration to levels not seen since the racial quotas of the 1920s, eliminate legal channels for African immigrants, and spend $25BIL for a wasteful border wall + increase in Border Patrol and ICE agents.

Stephen Miller has said that his proposal is “extremely generous,” but the only community that benefits from this supposed generosity are white supremacists.

So if anybody with a D next to his or her name takes the deal the ACLU would presumably then accuse him or her of breaking bread with white supremacists.

America’s Voice, another leftist group, sent its executive director Frank Sharry out to deliver even more vicious condemnation of the deal:

President Trump and Stephen Miller are exploiting a crisis that they created, so they can take a wrecking ball to the Statue of Liberty. They think that by offering up a spoonful of sugar — relief for Dreamers — they can get Congress and the American people to swallow the bitter medicine of radical nativism.

We are going to fight this tooth and nail. We are not going to stand by while Trump and Miller take Dreamers hostage in order to keep out and kick out millions.

Seems pretty clear that there won’t be too many takers on the Democrat side for this bill. From the New York Times…

Eddie Vale, a Democratic consultant working with a coalition of immigration groups, described the president’s proposal as an effort to sabotage bipartisan talks and win passage of “a white supremacist wish list.”

Meanwhile, Joe Six Pack sees the left-wing conniption and thinks “Wait a minute — he just offered amnesty for 1.8 million illegals and they’re calling him a white supremacist for his trouble? Really?”

There’s another piece to the Trump offer, and it calls forth an interesting historical reference; namely, the debate over the 1964 Civil Rights Act and the Great Society legislation Lyndon B. Johnson brought his party around to. Remember that for more than a decade prior to the passage of that bill it was segregationist Democrats in the Senate filibustering civil rights bills, the effect of which was to keep the GOP alive with black voters around the country. Johnson’s formulation in persuading his fellow Dixiecrats, or at least some of them, to ease the filibusters and let the 1964 bill pass with mostly-Republican support was that Democrats would be buying the black vote “for the next 200 years.”

His actual verbiage was a bit less politically correct. That’s another story.

Will Trump’s offer follow the same track and convert millions of Hispanic voters and others among the Dreamers and other immigrants to the Republican side for having proposed, or even passed, a solution to the problem? We won’t make that prediction.

But with the Democrats reacting so obstinately to the offer, a certain instability might set in. If you’re a Dreamer who either qualified for DACA or would have had you applied, which constitutes the 1.8 million people covered by the offer, are you really so opposed to what Trump put on the table just now?

Of course not — he just offered to solve your problem. And who’s standing in the way of making you an American citizen in 10-12 years?

That would be the people who’ve appointed themselves your protectors in Congress.

How do you feel about them? And aren’t you a little more receptive to the Republican accusation that you only really matter to the Democrats so far as they can put you on their political plantation and harvest your votes during election season?

Don’t be too shocked if it turns out this exchange shakes loose some of the Hispanic vote from the Democrats. And don’t be shocked at all if it’s a bit of a disaster with everybody else.

Let’s remember that Harvard-Harris poll which popped out on Thursday. With 980 registered voters surveyed between Jan. 17-19, when the “s***hole” controversy was playing out in the media and the narrative of Trump as a racist at maximum volume, the numbers the poll — the sample of which contained a 38-31-28 D-R-I mix (meaning it oversamples Democrats by as much as eight percent) — generated portend disaster for the Democrats…

Those are the kinds of numbers which should make Democrats want to get whatever deal they can and move the issue off the table. Instead, they’re counting it as a hill to die on, largely because they’ve come to the conclusion that the current American electorate, particularly in states not named California, New York and Massachusetts and a few others, is generally no longer interested in voting for Democrats outside of special circumstances and therefore if they’re going to survive they need to do as other left-wing parties in developed countries across the world have done.

Namely, to import a new electorate from the Third World which can be bought off with welfare.

That only works if you can make voters out of those migrants, which isn’t a completely sure thing. What might be more of a sure thing, the proof of which being that Trump is president, is the rest of the country is incensed by such a tactic.

The Democrats should have jumped on Trump’s proposal. A week from now he might be offering… less.