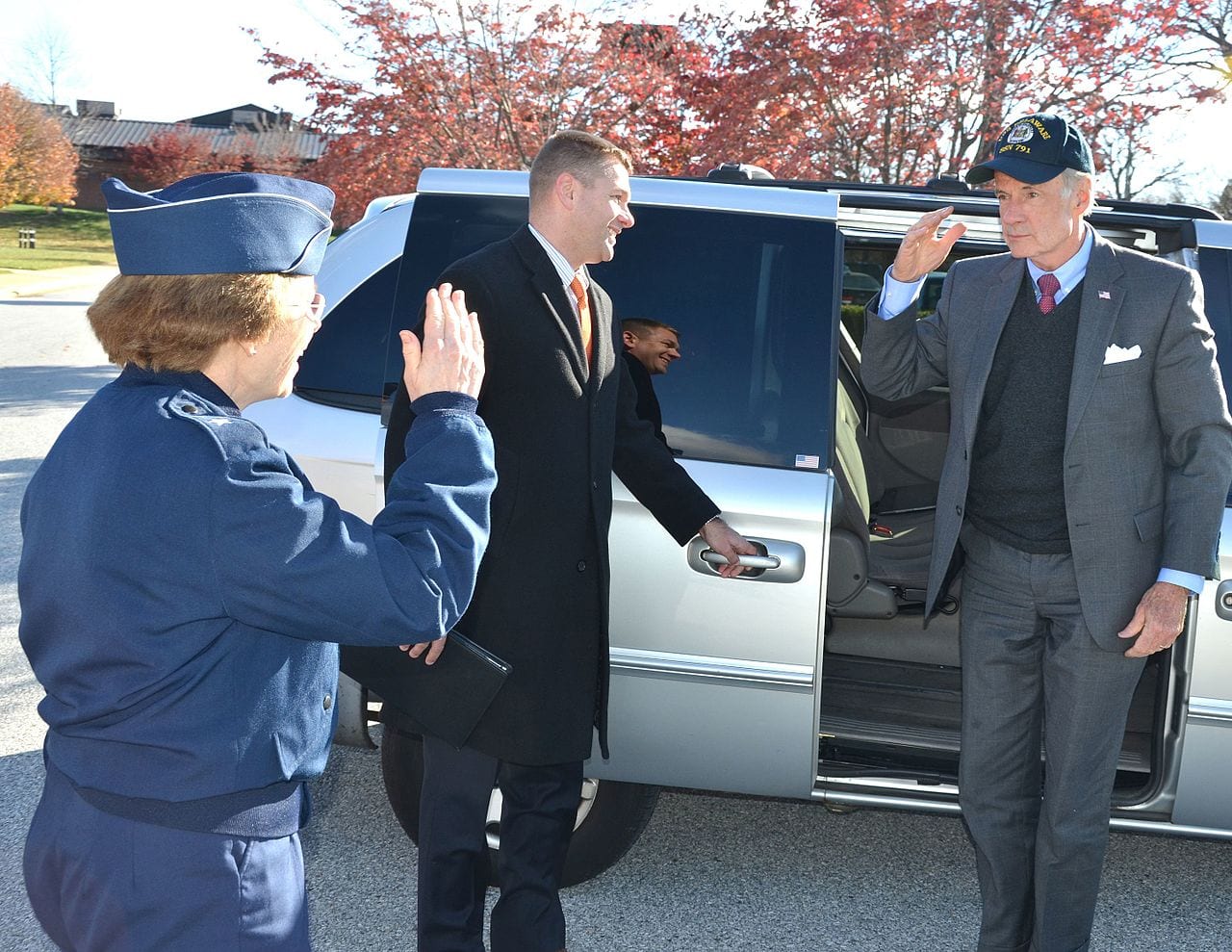 The victim said this:

He pushed me backwards onto the bed and I began to panic and yell. Then he was on top of me biting my lip. It was a shock and so painful. I began to taste the blood from my bleeding lip and I was so frightened. His hands were all over me. He tore at my clothes, ripping my skirt at the waist. He was so heavy and I thought I was going to be able to get my breath. He would bite my lip if I started to yell and then he would press down on my shoulder with one elbow while he tore at my clothes whit his free hand. I truly thought I was going to die.

He pushed my skirt up and tried to pull my panty hose down. They were the sheer kind and began to rip with his repeated yanks. I never wore underwear under my panty hose. This is one time I wished I had. He ripped my panty hose completely away from the crotch area. I don’t remember him undoing his pants. All of a sudden I just felt his bare skin against mine. And then the rape began and it was so painful that I screamed. That’s when the lip biting commenced again to quiet me.

And when it was over?

This is the part that always stays in my mind — the way he put on his sunglasses. Then he looked at me and said “You better put some ice on that.” Then he left.

That, of course, is Juanita Broaddrick’s account of what happened to her at the hands of Arkansas Attorney General Bill Clinton, then running for governor.

Move ahead to 2012. And this story in the New York Times about the attacker:

Bill Clinton to Have Leading Role at Party’s Convention

WASHINGTON — Former President Bill Clinton is set to play a central part in the Democratic convention, aides said, and will formally place President Obama’s name into nomination by delivering a prime-time speech designed to present a forceful economic argument for why Mr. Obama deserves to win a second term.

The prominent role of Mr. Clinton, which is scheduled to be announced on Monday, signals an effort by the Obama campaign to pull out all the stops to rally Democrats when they gather for their party’s national convention in Charlotte, N.C. An even more important audience will be the voters across the country who will see the address carried by television networks.

Then there’s this story, as reported by Michael Kelly in GQ Magazine. (Kelly, a well-respected reporter for, among others the New York Times, would later die covering the war in Iraq.) The story focuses on an evening at a Washington restaurant called La Brasserie with United States Senators Edward Kennedy (D-MA) and Christopher Dodd (D-CT). Wrote Kelly:

Brasserie I: In December 1985, just before he announced he would run for president in 1988, Kennedy allegedly manhandled a pretty young woman employed as a Brasserie waitress. The woman, Carla Gaviglio, declined to be quoted in this article, but says the following account, a similar version of which first appeared in Penthouse last year, is full and accurate:

It is after midnight and Kennedy and Dodd are just finishing up a long dinner in a private room on the first floor of the restaurant’s annex. They are drunk. Their dates, two very young blondes, leave the table to go to the bathroom. (The dates are drunk too. “They’d always get their girls very, very drunk,” says a former Brasserie waitress.) Betty Loh, who served the foursome, also leaves the room. Raymond Campet, the co-owner of La Brasserie, tells Gaviglio the senators want to see her.

As Gaviglio enters the room, the six-foot-two, 225-plus-pound Kennedy grabs the five-foot-three, 103-pound waitress and throws her on the table. She lands on her back, scattering crystal, plates and cutlery and the lit candles. Several glasses and a crystal candlestick are broken. Kennedy then picks her up from the table and throws her on Dodd, who is sprawled in a chair. With Gaviglio on Dodd’s lap, Kennedy jumps on top and begins rubbing his genital area against hers, supporting his weight on the arms of the chair. As he is doing this, Loh enters the room. She and Gaviglio both scream, drawing one or two dishwashers. Startled, Kennedy leaps up. He laughs. Bruised, shaken and angry over what she considered a sexual assault, Gaviglio runs from the room. Kennedy, Dodd and their dates leave shortly thereafter, following a friendly argument between the senators over the check.

Eyewitness Betty Loh told me that Kennedy had “three or four” cocktails in his first half hour at the restaurant and wine with dinner. When she walked into the room after Gaviglio had gone in, she says, “what I saw was Senator Kennedy on top of Carla, who was on top of Senator Dodd’s lap, and the tablecloth was sort of slid off the table ’cause the table was knocked over — not completely, but just on Senator Dodd’s lap a little bit, and of course the glasses and the candlesticks were totally spilled and everything. And right when I walked in, Senator Kelly jumped off… and he leaped up, composed himself and got up. And Carla jumped up and ran out of the room.”

Kennedy would serve in the Senate for the rest of his life, being hailed by colleagues and the media alike as the “Lion of the Senate.” (And yes, this followed Chappaquiddick, in which a young female aide to Kennedy’s late brother Robert, drowned after Kennedy drove the car off a bridge — and left her.)

Then there’s this, about currently serving Delaware Senator Tom Carper, a Democrat and friend and ally of former Vice President Joe Biden. Amidst the Rob Porter affair, the Washington Free Beacon reports:

Delaware senator Tom Carper, a Democrat who has admitted to hitting his ex-wife hard enough to give her a black eye, will not be commenting on the scandal surrounding spousal abuse by now-resigned White House official Rob Porter.

“We do not have a comment on Porter,” said a Carper spokesperson.

The Delaware Democrat first faced accusations of domestic abuse back in 1982 during his first run for Congress, but he called the accusation “without basis in fact” and prevailed in the election.

In a 1998 interview reported on late last year by the Washington Free Beacon, however, Carper admitted it was true all along.

“Did I slap my wife 20 years ago? Yes,” Carper told Delaware reporter Celia Cohen. “Do I regret it? Yes. Would I do it again? No.”

The story Carper initially called “totally false” was based on a 1981 court deposition that included Carper admitting to giving his now-deceased first wife “some discoloration of her left eye and some puffiness.”

“I slapped Diane one time,” Carper said in the deposition. “It was a stupid thing to do and I … regret it now. It caused some discoloration of her left eye and some puffiness.”

What we have are massive and I do mean massive exercises in hypocrisy when it comes to violence against women. This minute 12 Democratic Senators — colleagues of Carper — are haughtily demanding answers from the Trump White House on its handling of the Rob Porter affair. In which the now-resigned White House aide was found to have violently abused two ex-wives.

But for some mystifying reason these senators, wherever they were in 2012, were silent on Bill Clinton being chosen to nominate President Obama for a second term, never said a peep about Senator Kennedy even if they had not served with him and now, curiously, are not out there demanding the investigation if not resignation of Senator Carper. And note that on that list of twelve? Seven of the twelve senators are women.

Senator Baldwin, by the way, yesterday afternoon called for the resignation of General John Kelly over the Porter episode — but, as with her colleagues, is strangely silent about the Senator from her own party who has a similar episode in his past. Will Senator Baldwin’s concern for violence against women move her to demand an investigation if not the resignation of her colleague Senator Carper? Silence.

And what of ye, Vice President Biden from Delaware? The author of the Violence Against Women Act? Here’s a story about the then-Vice President on this subject. The headline:

The vice president talked to The Huffington Post about his decades-long quest to end domestic violence and sexual assault.

The article from 2016 begins as follows:

“He’s called it a “public health epidemic.” A “stain on the moral character of a society.” An issue that “cuts to the very core of how we measure ourselves.”

We must, he says, “change the culture.”

Vice President Joe Biden has spent more than 20 years fighting to end violence against women in the United States. In the 1990s, as a senator, he wrote the landmark Violence Against Women Act, which drastically changed how the U.S. responded to domestic violence and sexual assault.

He’s still at it. After Biden became vice president, he appointed the first-ever White House adviser on violence against women. And this week, he’s touring the country speaking about It’s On Us, a public awareness campaign aimed at reducing campus sexual assault.

Now, mind you. This from the guy who served as Senator from Delaware or Vice President when Tom Carper was running for, and was elected as, congressman, governor, and senator from Delaware. And at no time that I can find did Biden call for Carper to resign from his positions or not run for them in the first place.

For that matter, Juanita Broaddrick’s horrific tale of her rape never disturbed Biden enough to oppose Bill Clinton renominating President Obama in 2012. And most certainly the close friend of the late Senator Kennedy never lifted a finger to impose the slightest censure on colleagues and fellow liberal Democrats Kennedy and Dodd after that sexual assault on the Brasserie waitress.

All of which says two things. One, domestic abuse is serious. And two?

Two is that if you have the right politics — which is to say you are a liberal — your buddies in your party, especially the women, are not only not going to call you out, they will just ignore the problem. The Al Franken episode is, clearly, the exception that proves the rule.

Jeffrey Lord
Follow Their Stories:
View More
Jeffrey Lord, a contributing editor to The American Spectator, is a former aide to Ronald Reagan and Jack Kemp. An author and former CNN commentator, he writes from Pennsylvania at jlpa1@aol.com. His new book, Swamp Wars: Donald Trump and The New American Populism vs. The Old Order, is now out from Bombardier Books.
Most Popular
1
Special Report
The Myth — and Grift — of Long COVID
by Michael Fumento