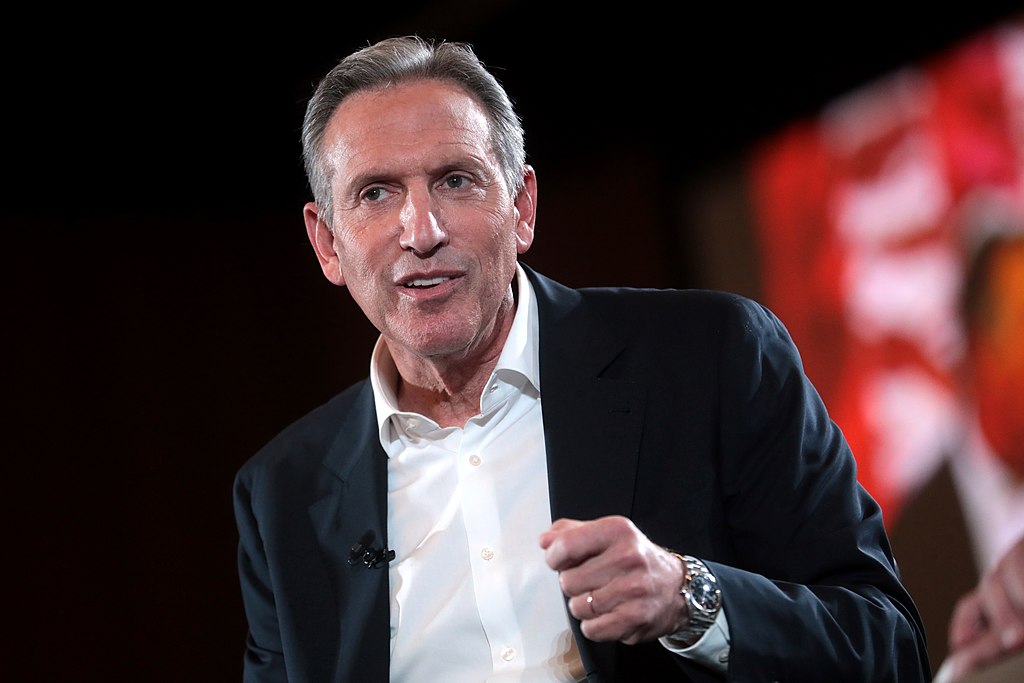 Howard Schultz, the chairman emeritus of Starbucks, ponders an independent presidential bid. Democrats dumped cold water, in a trenta-sized cup, on the idea.

“Don’t Help Elect Trump, You Egotistical Billionaire F***” one heckler shouted at Schultz, while his online brethren called for a boycott of Starbucks.

Rather than dissuade Schultz from running through insults, Democrats, for their own good, should steal his ideas — and the reason for his candidacy.

“Every American deserves the right to have access to quality health care,” Schultz tells 60 Minutes. “But what the Democrats are proposing is something that is as false as the wall— and that is free health care for all, which the country cannot afford.”

Democrats ignore this trendline and the concern raised by Schultz. Senator Kamala Harris followed up Schultz’s media blitz by endorsing Medicare for All. Rather than spending too much on healthcare, Senator Harris believes we spend too little. The governor of her state, Gavin Newsom, proposes coverage for 26-years-and-under illegal aliens.

Michael Bloomberg, another liberal independent who flirted with the idea of a presidential run, also regards government picking up our medical tab as imprudent. “I think you could have Medicare-for-All for people who are uncovered,” Bloomberg allowed, “but that’s a smaller group. But to replace the entire private system where companies provide healthcare for their employees would bankrupt us for a very long time.”

Perhaps Schultz’s run, forcing Democrats not to take economic moderates for granted, helps the party broaden its message. Rather than reimpose an individual mandate, as Newsom’s plan calls for, why not enroll the uninsured only once they need care? Instead of forcing coverage despite preexisting conditions, enrolling patients in Medicare who cannot find private insurance might prove cheaper. And Medicaid, which the Affordable Care Act expanded from 60 million to 80 million patients at a cost of $200 billion mostly paid by federal government, would see better results if it provided vouchers to beneficiaries rather than a blank check.

Ultimately, as the entry of Amazon and other corporate behemoths into the sector indicates, private businesses clean up this mess by providing efficiency, a more consumer-friendly approach, and better outcomes. The public does not know the DMV, the IRS, and other three-letter, tax-funded entities for any of this, so past performance does not bode well for the future results envisioned by Harris, Newsom, and other Democrats.

And what helps the Democrats here — a measured, reasonable approach — also helps the country. Rising healthcare costs, particularly when tethered to increased government subsidies, remains directly linked to the other major domestic problem facing the United States. Fix healthcare and you’ve fixed deficits. As Schultz pointed out to CNBC, “I think the greatest threat domestically to the country is this $21 trillion debt hanging over the cloud of America and future generations.”