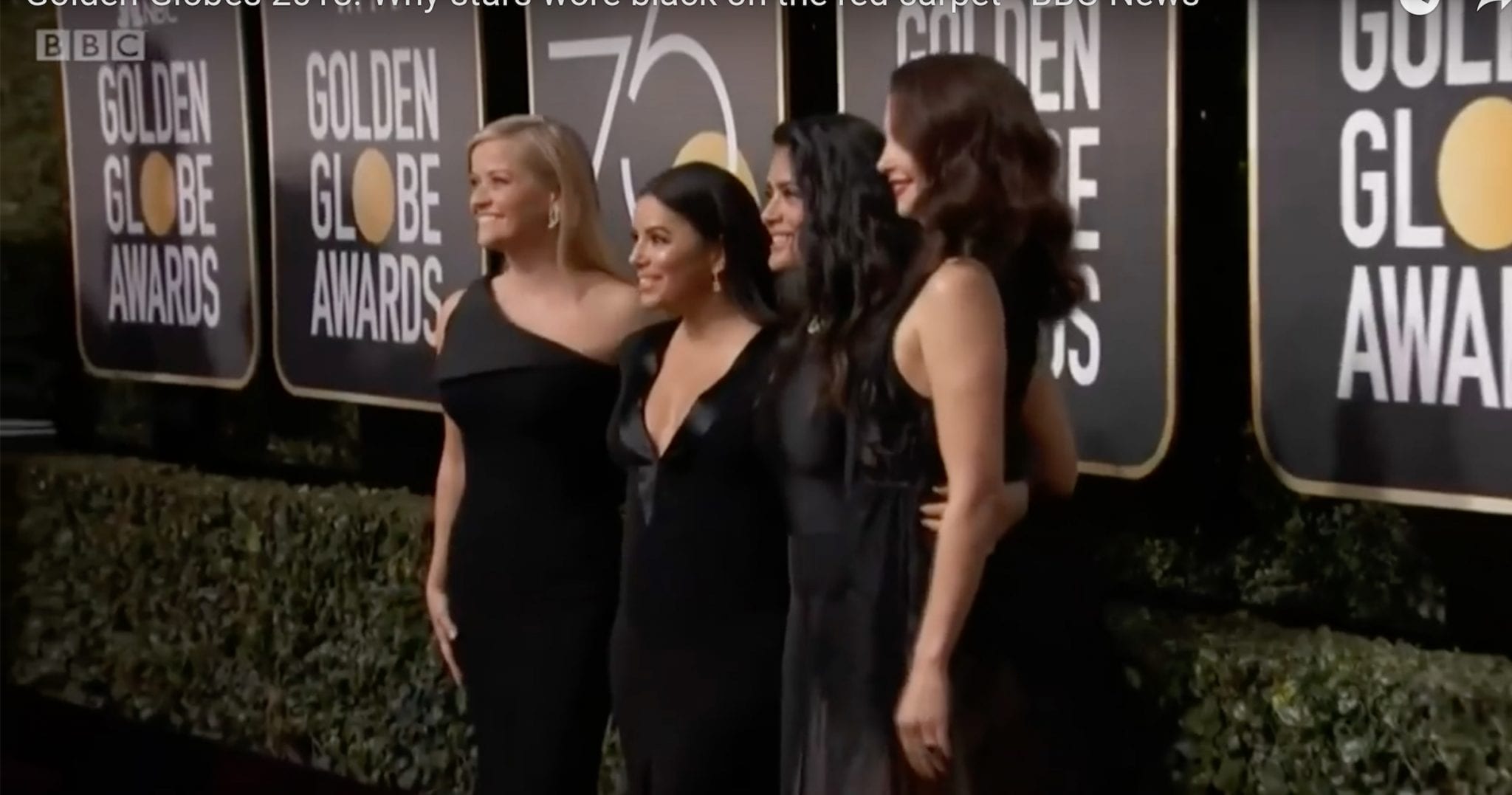 The first thing to do about sexual harassment is get the pronunciation right. Accent’s on the first syllable, not the second: Never mind what they say on TV.

That point acknowledged, we may proceed to considering the rout of the very old codes designed for the honoring and protection of — yes, women. Women who were wives; women who were mothers; women whose attributes made of humanity a completed whole.

The codes, we all know very well — women most of all — worked only up to a point. Prior to that point the codes reminded men of how women’s dignity of women was a civilizational essential, without which the world was a trash heap.

Those who need reminding what a trash heap looks like should look around. Not that they have to look long or far these days. Certainly not past the crowd at the Golden Globes, decked in somber black, looking as though Queen Victoria had just died; motivated by sisterly determination to rise high above discrimination and personal mistreatment. “[A]new day is on the horizon,” proclaimed Oprah Winfrey, some of whose followers immediately began touting her for the U. S. presidency. Wouldn’t that be something: Exit one TV star from the White House, enter another?

Oprah for President makes sense in the context of how we have come to do things: namely, through money and power. The power to ruin an accused offender’s career, the money to elect the kind of politicians who will smash all wrongdoers. Until new wrongdoers arise — the prospect that enters hardly anyone’s head in our superpolitical age.

The reconstruction of the old moral codes, insofar as possible, is the idea that never occurs to anyone: partly because knocking your political opponents upside the head confers more psychic satisfaction than marshaling and making arguments for respect and dignity. Easier to pulverize ’em than persuade ’em, don’t you know?

Persuade ’em of what? Of the need for respectful collaboration between males and females, as opposed to the need for one of the two sexes to one-up, or beat up, the other.

A major reason that the old codes — ladies first, won’t you have this seat, ma’am?, and so forth — lost ground was disparagement of rules some feminists saw as patronizing: symbols of a male desire to dominate. Which was untrue. The old rules proceeded from acknowledgement of the respect due women as bearers of life and cornerstones of the home.

These suppositions, sometimes sneeringly called Victorian but far more ancient than that in reality, theoretically regulated male behavior. I say theoretically in that humans fall off whatever wagon they try earnestly to ride. A wagon at least they possessed in order to fall off it — society’s belief in particular norms of human behavior.

Had those norms not disappeared with random few traces, who can say how differently Harvey Weinstein, Louis C.K., and Matt Lauer might have behaved as opposed to how they did behave? The common decencies of decent societies are always a restraining force. That’s why we should work to bring those decencies back, rather than pass arbitrary laws likely to be enforced arbitrarily.

We’re a big mess these days. Everybody knows that. We want power over others more than we want their respect. (Right, Mr. President?) Cleaning up such a mess can start with clenched jaws and gowns black as midnight, but politics is the merest beginning. Entertainment, the media, the schools, the universities, the professions — all need a moral do-over; a recovered sense of the human mission.

Leon Kass, the eminent scholar who headed President George W. Bush’s bioethics council, sums it up in a rich new book, Leading a Worthy Life: Finding Meaning in Modern Times (Encounter, $27.99): “Yes, there is still much spiritual poverty in America. But we go forward with confidence that our spiritual hungers can yet be nurtured in this almost promised land, provided that we have the courage to insist that the well-being of the spirit is central to our notion of national success and personal flourishing. This war on poverty — on our spiritual poverty — will not add a cent to the national debt. It can enrich our lives beyond measure.”