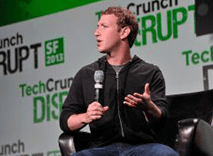 Did Lifson read too much into Gold’s impulsiveness? I think not.

A generation ago, we would have labeled Gold, the high-salaried Ivy League, Columbia Law School graduate working for CBS as a “yuppie” — i.e., a “young urban professional.” These are often (but hardly always) liberals, now called “progressives” — singles or young marrieds on the fast track, who might live in high-end rental units, even pricy condos, created for them by politically connected developers who use “redevelopment districts” and eminent domain and local government variances and dispensations, amidst Fed-inspired still low interest rates, to build classy domiciles, in the process driving out the poor, to establish, with great profitability for the endowed crony capitalists, a safe zone for their entitled Yuppie beneficiaries, they comprising Gold’s coterie, actually not so small.

But Gold is something more, because her brief dialogue on Facebook is instructive, not just for Lipson, but even for old-school liberals like Alan Dershowitz who yearn for dialogue, not venom.

“I’m actually not even sympathetic bc country music fans often are republican gun toters,” Gold the CBS vice president and lawyer posted on Facebook, hours after the Las Vegas massacre. This is not merely an abdication of empathy, but The Anti-Empathy. Is it simply elitism or snobbery, or worse, or just immaturity and bad judgment?

My mother might have said of Gold, “This woman is book-smart, but she has no common sense.”

After CBS promptly fired her, Gold was specific in her mea culpa which, Lifson notes, “might even be sincere.” (Gold: “I understand and accept all consequences that my words have incurred.”) Her overall apology is commendable. But is she sorry about what she thought or just about what she said, or maybe just that she said it (publicly) on FB? But “saying” on FB is writing and (thus) memorializing (it then went viral). At best, this is reckless for a corporate lawyer. As if answering a multiple-choice question, was her first response likely how she really felt? She now says, “This senseless violence warrants the deepest sympathy.” But, at best, she felt so disconnected from her fellow citizens that she explicitly precluded commiseration, her reaction enlightening about the polarization of our country.

CBS says Gold “violated the standards of our company… her views as expressed on social media are deeply unacceptable to all of us at CBS.” The question is, “What standards?” She is entitled to free speech. After all, athletes disrespect our flag, and instead of ostracism, they are celebrated. Gold did not attack Muslims, gays, Latinos, African-Americans, transsexuals, people of color, women, Native Americans… But her story might have legs and could affect the declining image of CBS.

Did the network wisely go into damage control and cut its losses? But what people will remember is not that CBS fired her, but what caused CBS to fire her. Cynics wonder if her outburst reflected the mutual alienation between mainstream media and the population living between (but outside) New York City and Los Angeles.

Look at this brief dialogue (since removed from FB) between Gold and two of her like-minded friends:

Erin Fagan Silver: “And imagine the coverage if this was a muslim guy?”

Em Jay: “Of course. Notice they did not release his ethnicity?”

Haley Geftman-Gold: “If they wouldn’t do anything when children were murdered I have no hope that the Repubs will ever do the right thing. I’m actually not even sympathetic bc country music fans often are republican gun toters.”

First, friend Silver implied displeasure when terrorists are identified as a Muslim. This is revealing. Most terrorist incidents around the world are incited and implemented by extremists who claim, perversely or not, to be faithful to Islam. And the reality is that, certainly in Europe, if not in the U.S., the politically correct bias now is to discourage such identification as somehow incendiary. Is it not curious that we do not have radical Episcopalians, extremist Mormons, violent Methodists, and Catholic suicide bombers? Yes, the vast majority of Muslims in America in the past have sought assimilation, but FB friends of Gold seem oblivious to radical Islamists whose numbers and impact are not inconsequential.

Second, friend Jay seems to agree that we have a problem with Islamophobia; further, that because the murderous shooter was white, “they did not release his ethnicity.” A phobia is an irrational fear, and the last several decades suggest that concern about radical Islamists is hardly groundless. Indeed, moderate Muslims are themselves apprehensive.

Third, Gold pursues the fantasy that “country music fans” are, in translation, reactionary (white) gun nuts. Even if that were the case, would these innocent victims not deserve our concern and sympathy? The reality is, as the television interviews showed, that the concert audience was hardly political and certainly not redneck. As one fan who escaped injury but lost a friend told CNN about the concert, “Everyone you meet there is family,” an important word.

The undercurrent, instead, is the media obsession with “gun control,” whatever that means. As conservative talk show host Mark Levin has asked, “What kind of laws would have prevented [you name the incident]?”

Hillary remains tasteless (recall her classic “What difference does it make?” about the reason why Americans were killed at Benghazi under her watch), but she may not be alone this time. Steve Bannon succumbed: he immediately was publicly warning of the disastrous political consequences for President Trump if he abandoned his Second Amendment constituency. But this was not the time to talk about politics, even if facts are needed, e.g., most people killed with firearms are not machine-gunned (such armaments illegal, BTW), but are gun-suicides or simply men killed by other men.

While interviewing the traumatized survivors, the CNN anchor acknowledged their ordeal with this: “I’ve interviewed people touched by gun violence before.” (How about “knife violence”?) Does CNN interview the vast number of family members of African-Americans who, in our inner cities, are killed, not by cops, but by other African-Americans?

CNN has become a caricature, routinely hysterical, barely able to escalate when frenzy is plausible. For example, an anti-Trump story repeated all day has at screen-bottom “breaking news.” Perhaps just put instead an occasional, rare disclaimer: “This is not breaking news.”

In my latest book, Whiplash! From JFK to Donald Trump, A Political Odyssey, I explain that beyond politics, there is The Culture, of which the media and CNN are part. Haley Geftman-Gold’s indiscretion was not an aberration, but a further expression of more than incivility and intolerance. It was self-righteous, parked in the corridors of the mainstream media, where we hope for better.

What is the story about Las Vegas for the news media?

What should Gold have said on her Facebook or what should Steve Bannon mused aloud?

For starters, who cares about the musical interests or supposed politics of these innocent who were murdered and wounded? There is no litmus test here. Who cares about their political party?

The real story is not just about how quickly the first responders moved and heroically, but more — about how the people there for music were, when engulfed in horror, instantly family. This is the America about which Alexis de Tocqueville wrote in his classic Democracy in America, published nearly 200 years ago. This America is lost in nostalgia, it is a community about which Gold as a progressive is clueless, and Bannon as a conservative, if he is one, needs to revisit.