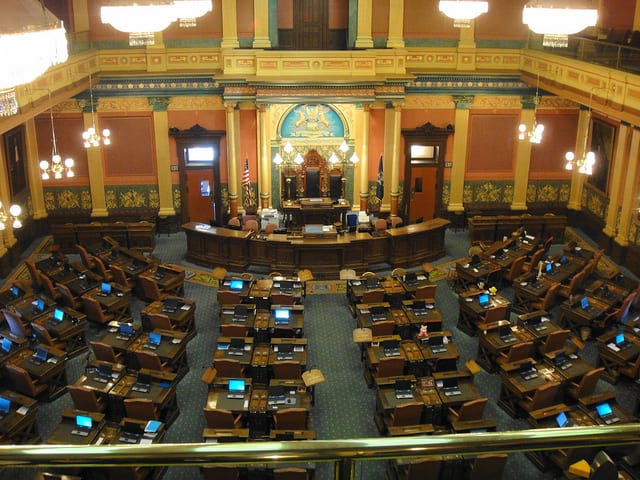 Some decisions in the midterm elections next month could have an effect on poker players in various states, with the overall outlook for online poker legalization not so rosy.

In Florida, voters could have a greater say on issues related to gaming. A statewide ballot initiative would amend the state constitution to require that any further expansion of gambling in the Sunshine State would require a vote of the people rather than lawmakers. Citizens would have to create ballot measures for consideration.

Believing this measure to decrease the chance of gambling expansion, the initiative is backed by the Walt Disney Company, which has thus far kept casinos far away from Orlando, as well as Native American casino operators looking to protect their own interests.

In fact, a deal with the Seminole tribe and Gov. Rick Scott that will require the tribe to continue to make annual revenue payments to the state of $300 million per year killed momentum by legislators to take up the gambling expansion issue during an April special session. Evidently, $300 million in annual payments is worth it to the tribe to avoid more casino competition.

Florida has yet to seriously consider the issue of online poker and/or casinos so the issue at stake is really the growth of the brick-and-mortar casino industry there.

Two Republicans have led the fight for online gaming in Michigan, but one will leave his post next year due to term limits. State Sen. Mike Kowall introduced an online gaming bill in 2016 and state Rep. Brandt Iden introduced a bill in the House the next year. Iden’s legislation, which would allow online poker, casino games and sports betting, passed the House but has yet to make it through the state Senate.

Kowall will be term-limited out of the legislature next year, while Iden will face Democrat Alberta Griffin in the General Election. Iden won close races against Democrat John Fisher in the past two elections.

U.S. Poker says it’s unclear who will champion the cause moving forward, and points out the Republican-led Michigan Senate could see a major shake-up, given that all 38 seats are up for election this year and 19 of 27 Republican members of the Senate can’t run for re-election in November due to term limits.

“The future of the state’s online gambling legislation is unclear with the Senate guaranteed to have a lot of new faces no matter what happens,” writer Martin Derbyshire points out.

The situation is worse in another state where existing online poker could face elimination. Ironically, that state is ground zero for poker – Nevada.

Nevada Attorney General Adam Paul Laxalt, who is the Republican nominee for governor this year, has been a critic of online poker since it was legalized in the Silver State in 2013. Current Republican Gov. Brian Sandoval, who championed the cause, can’t run for re-election this year due to term limits.

Laxalt is among the state AGs who support the legislation Restore America’s Wire Act, which would end online gaming in the states that have legalized it. Laxalt also signed a letter to the Trump administration shortly after the new president took office that asked his Justice Department to reverse a 2011 Obama administration ruling that the Interstate Wire Act of 1961 only applies to sport betting.

When I worked for Watchdog, I reported that Las Vegas casino magnate Sheldon Adelson, a vociferous opponent of internet gaming, was a heavy contributor to Laxalt’s AG campaigns.

Nevada campaign contribution limits allow $10,000 to be given between the primary and general elections, but Adelson was able to funnel tens of thousands of dollars to Laxalt’s campaign in 2014 through various channels. Both Adelson and his wife, Mirian Ochshorn Adelson, gave $10,000 each. The Venetian Casino Resort that he owns gave $10,000, as did Las Vegas Sands, the parent company of the casino, of which Adelson is the founder, chairman, and chief executive officer. Another related business, Sands Expo & Convention Center, contributed $10,000. Shelley Faye Adelson, his sister, gave $5,000.

Records from the National Institute on Money in Politics show similar contributions to the 2018 governor’s race.

While the chances of online gaming ban efforts seemed to significantly decrease with the Supreme Court ruling on the Professional and Amateur Sports Protection Act that has allowed several other states to legalize sports betting, which has spurred online gambling talk in general, they still bear watching.