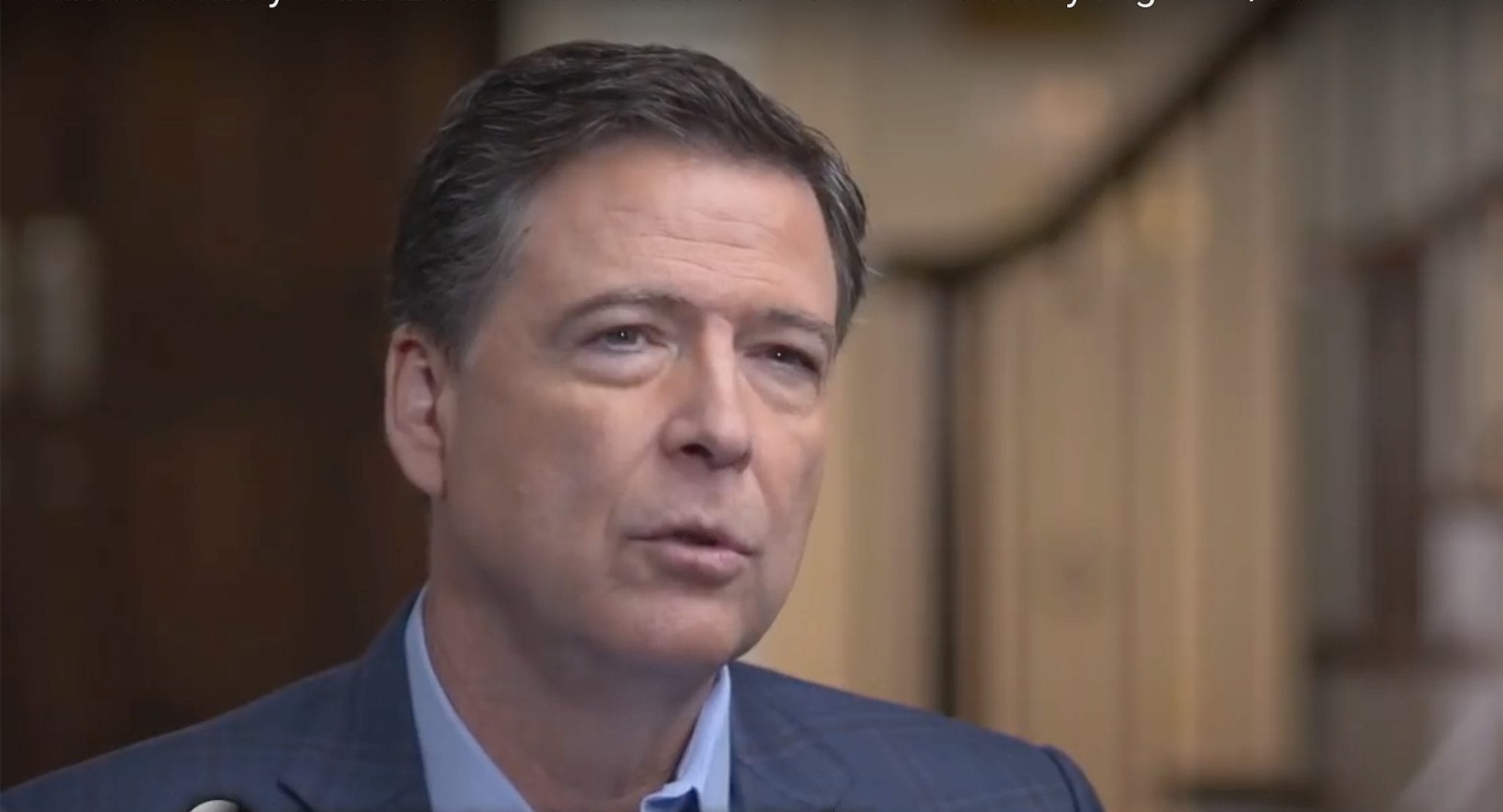 Jim Comey deserves a special place in the annals of sanctimonious frauds in Washington, D.C. He leaked, lied, bent rules, treated FBI material as his own personal property, violated confidential conversations, and generally acted like a government unto himself. But now he has the gall to write it all up in the sonorous nonsense language of “constitutional crisis.” His forthcoming memoir amounts to nothing more than the sour grapes of a self-serving operator over a wholly justified sacking.

The media is already burbling over its fatuous contents. Ever the leaker, Comey tossed a pre-publication morsel of gossip from the book to the liberals at the Daily Beast — Comey’s claim that General Kelly commiserated with him over his “dishonorable” firing. The White House has denied the claim. So Comey is already cashing in on betrayed confidences, all while lecturing others about “loyalty” and probity.

What Comey calls “higher loyalty” is just adherence to the interests of an unaccountable ruling class and the needs of his own ego. Comey slithered out of the swamp and now plays the great conscience of Washington. He sighs, looks heavenward, quotes Reinhold Niebuhr, tries hard to look very thoughtful — only to relay low hearsay and peddle anti-Trump dreck. Who cares? Comey’s wounded ego is not a constitutional crisis. The scandal is not that he lost his exalted job but that such a pompous creep once held it.

To understand the depth of Comey’s leaking and lying, all you have to do is go back and look at his scummy maneuvering in response to Trump’s “wiretap” tweets. Those tweets turned out to be entirely accurate: The Obama administration was intercepting communications at Trump Tower, both during the campaign and the transition. Comey knew perfectly well that Trump was right — FBI agents had been sifting through the Trump Tower records of Carter Page and Paul Manafort — but he sent his team out to lie about Trump’s tweets anyways.

He had a story placed in the New York Times shortly after Trump’s tweets: “Comey Asks Justice Department to Reject Trump’s Wiretapping Claim.” It quoted Comey’s leakers, “senior American officials,” as saying that Trump’s assertion was “false” and that the FBI director had asked the Justice Department to refute it.

As Comey’s stenographer, the Times wrote up his lie in its inimitably smearing style:

Mr. Comey’s request is a remarkable rebuke of a sitting president, putting the nation’s top law enforcement official in the position of questioning Mr. Trump’s truthfulness. The confrontation between the two is the most serious consequence of Mr. Trump’s weekend Twitter outburst, and it underscores the dangers of what the president and his aides have unleashed by accusing the former president of a conspiracy to undermine Mr. Trump’s young administration.

So here was an FBI director using the front page of a newspaper to libel a sitting president, all while a FISA warrant based on Hillary’s campaign research, which gave Comey the power to reach into Trump Tower, sat on his desk. In retrospect, the article is laughably dishonest, with the Times pretending to wonder why Comey chose to leak a denial to it rather than make a formal denial. It wasn’t much of a puzzle; he was lying his head off. But the Times struck an innocent tone:

It is not clear why Mr. Comey did not issue a statement himself. He is the most senior law enforcement official who was kept on the job as the Obama administration gave way to the Trump administration. And while the Justice Department applies for intelligence-gathering warrants, the F.B.I. keeps its own records and is in a position to know whether Mr. Trump’s claims are true. While intelligence officials do not normally discuss the existence or nonexistence of surveillance warrants, no law prevents Mr. Comey from issuing the statement.

Meanwhile, Comey sat back as Jim Clapper, another dolt he could manipulate, reinforced his lie on television, which the Times included in its story to bolster Comey’s leak:

Senior law enforcement and intelligence officials who worked in the Obama administration have said that there were no secret intelligence warrants regarding Mr. Trump. Asked whether such a warrant existed, James R. Clapper Jr., a former director of national intelligence, said on NBC’s “Meet the Press,” “Not to my knowledge, no.”

“There was no such wiretap activity mounted against the president-elect at the time, as a candidate or against his campaign,” Mr. Clapper added.

Think about that: Comey, with the Carter Page warrant in hand (which gave Comey the power to rifle through Trump Tower communications both past and future), planted a story in the Times, designed to make Trump look like a lunatic, that makes use of a Clapper quote Comey knew to be false. What a weasel. And he knew that he could get away with it, confident that the ruling class would cover for him and split semantic hairs in his favor.

In a just age, Comey would have the book thrown at him, not be writing one. It is a measure of our skewed times that an unelected charlatan could subvert the elected chief executive and then emerge from his subversion as a celebrated expert on constitutional loyalty. Samuel Johnson would call Comey’s “higher loyalty” the last refuge of a scoundrel.