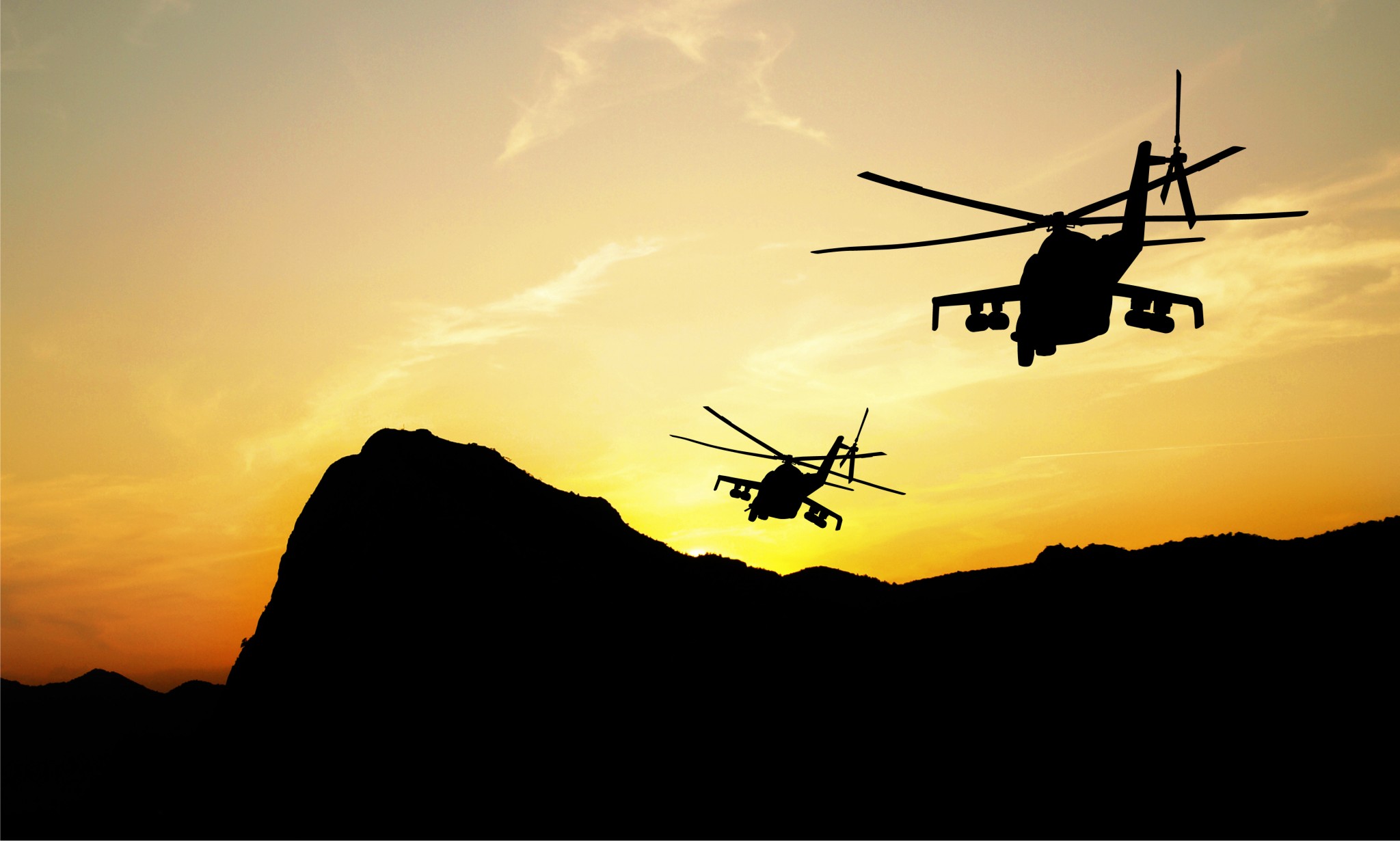 America invaded Afghanistan in order to destroy the power of al-Qaeda, whose treacherous attacks had just destroyed thousands of civilian lives and threatened many more. To win the war, America made alliances with as many Afghans as it could. The strategy was effective, and after a brief campaign, we destroyed al-Qaeda’s operating base there along with many of its fighters and we removed the al-Qaeda-allied Taliban from power.

Why was that appeal not enough to bring about a better outcome? I do not mean by “outcome” the incompetent manner in which this American evacuation has taken place. For that, Joe Biden bears complete responsibility, having acted against the advice of his military advisors — if we can believe the New York Times, formerly leading apologists for Biden. For the plainly stupid assumption that a precipitated withdrawal of our military before our citizens and our Afghan allies had a proper chance to evacuate would not end in humiliating chaos and immense tragedy, Biden has no excuse and even most of his formerly servile media claque finally admits this.

The question is rather why didn’t the appeal of what America offered (political freedom) prove attractive enough to prevent the Taliban from ever gaining enough allegiance to return to power? The Taliban inspired enough people to join their ranks and support their efforts to outlast the world’s most powerful military and the immense investment of treasure and intelligence all aimed at establishing a stable Afghan government on a non-Islamist basis. That that was already a lost cause seemed clear to Obama and Trump as well many years ago, though they were competent enough to avoid a disaster of the magnitude that Biden has singlehandedly presided over.

Yet, we did win many hearts. Look at those broken hearts of the Afghans trying to throw their babies over the fence at the Kabul airport to British troops so at least their child would not suffer under the Taliban. Look at those Afghans who chanced death and lost by climbing into the landing gear of American aircraft flying out of the collapsing state. There is something there that these people would give all to get.

But why did we not win enough hearts to succeed? Why should our project have failed to win the hearts it needed to become self-sustaining? Why did our ideals in the end remain for so many a foreign imposition, not true to who the Afghans really believe themselves to be?

History provides some insight if we know where to look (and have not yet succumbed to the self-mutilation of the ahistorical mobs that have gained such status in America of late).

Much of Napoleon’s success as a conqueror was due to his powerful mission statement: “Liberty, Equality, Fraternity!” To the Poles whose nation had been carved up and taken away from them, to the Italians chafing under Austrian and Papal rule, and to the countless serfs and common people all across Europe subject to the whims of autocrats and aristocrats rather than a common law, this had a powerful appeal. It was enough of an appeal to make the Napoleonic empire stable for many years. Yet in the end, It fell.

One case in particular gives some insight both to what happened then and what is happening now.

More than most, the Jews of Europe had a great deal to gain from Napoleon’s promises. Throughout central and eastern Europe, Jewish lives were ruled by oppressive medieval laws singling them out for repressive treatment, denying them political and economic rights, confining them to ghettoes, closing higher education and professions to them, and much more. France had already emancipated its Jews from these restrictions, and Napoleon appealed to the Jews of the other countries to hitch their wagon to his star so they too could enjoy freedom.

Surprisingly, some of the greatest Jewish leaders of that time spurned Napoleon’s call and instead cooperated with his enemies. Foremost among those was Rabbi Schneur Zalman of Liadi, within the Russian Empire, who said that Napoleon’s victory might mean material plenty for Jews but it would also bring them spiritual impoverishment. With a wealth of the spirit, he counseled, we can withstand material difficulties, but if our spiritual resources are squandered, all the money in the word will not help.

The Rabbi mobilized his followers to provide intelligence to the Russian commander, Kuznetsov, enabling him to conduct a brilliant and successful scorched earth retreat that drew the French Army deep into Russia’s interior where a frigid winter and a hostile population destroyed nine of every ten invaders, driving them out within a few months. Within three more years, Napoleon would be dethroned and exiled.

How many Afghans saw America as representing a deeply moral and spiritual force? Did we do all we could to deserve to be seen that way?

Certainly, we have a proud history, if we would only speak from within it. Most of the American Founders saw this country as carrying forward the best of a common religious tradition going back millennia. The new American contribution was to show a way beyond religious coercion and religious wars, creating a society in which the religious and the practical would form a harmonious whole, bring peace and prosperity and blessing.

But, John Adams warned, all the great work of the Constitution would not work if the people did not remain committed to religion and morality, which teaches us in our full freedom how to govern ourselves. The mere freedom of people who are not able to govern their own selves is no blessing.

Is it then only coincidental that our prestige and power collapses as we have lurched into a new kind of religious war in America that exposes all of our vulnerabilities and weaknesses? Violent ideologies seek to impose silence, disenfranchisement, and impoverishment on any who do not profess their ever-morphing catechism. Their devotees wield power in blue state governments and in the federal realms of Pelosi, Schumer, and Biden.

Back when we went into Afghanistan, America was united as one to defend our home and our violated peace. On September 12, 2001, there was no partisan warfare. The violent Taliban lords of an Afghanistan fractured on tribal lines could not stand up to us. Our moral cause and our united people showed us at our best, and we had many Afghans who helped us drive the Taliban out, wanting their version of what we were showing them and the world.

But for a long time, the Afghans have seen us descending into tribal warfare of our own, a new and ugly kind. They see organized political power seeking to split us in every way down racial and ideological lines, pushing ever further away from the vision of a color-blind government serving the freedom of all of its citizens equally.

We teach by example and that example has not inspired a decisive number of Afghans. They know how to suffer through their own home-grown failures and would rather do that than choose to align themselves with our own imposed and foreign versions of intolerant and abusive power.

America’s international power is based on the appeal of liberty and equality. People around the world have admired what we have accomplished in making freedom work. They saw how after the World Wars, America’s interest was only that Nazism and fascism should be destroyed, and it created no Napoleonic empire. Tapping the immense spiritual resources of people free of government meddling in their relationship with G-d, America projected a real-world spiritual and moral strength, embodied in a nation that could unite in sacrifice for a moral cause and not sully the victory with a grab for spoils and territory.

Our squandering of that strength has the very real consequences we see today. A listless, lifeless leadership was at first unaware that the green curtain has been ripped away, and it continues to read lines off the teleprompter. There is a crash now, not in the price of shares on the stock market, but in our moral and spiritual confidence in our leadership.

Jewish teachings tell that only a very few are perfectly righteous, but all of us are capable of correcting our errors and returning to the right and the Godly. And in fact, say the teachers of old, those who return after having strayed stand at a place higher than those who have never erred can reach.

The perfection of America’s current intolerant elites is an ego-driven lie, a pretense that has drained our strength like a cancer. The wisdom of the people is much deeper than the make-believe perfection of those who would shut all power away from any but themselves.

The elite have thought that the modesty and humility of the Americans who resist them were signs of our weakness. Now that their vision has shattered before the entire world, the true genius and power of Americans will appear once again, to reanimate our shaken country and re-inspire a world that needs us to do once again what we do best.