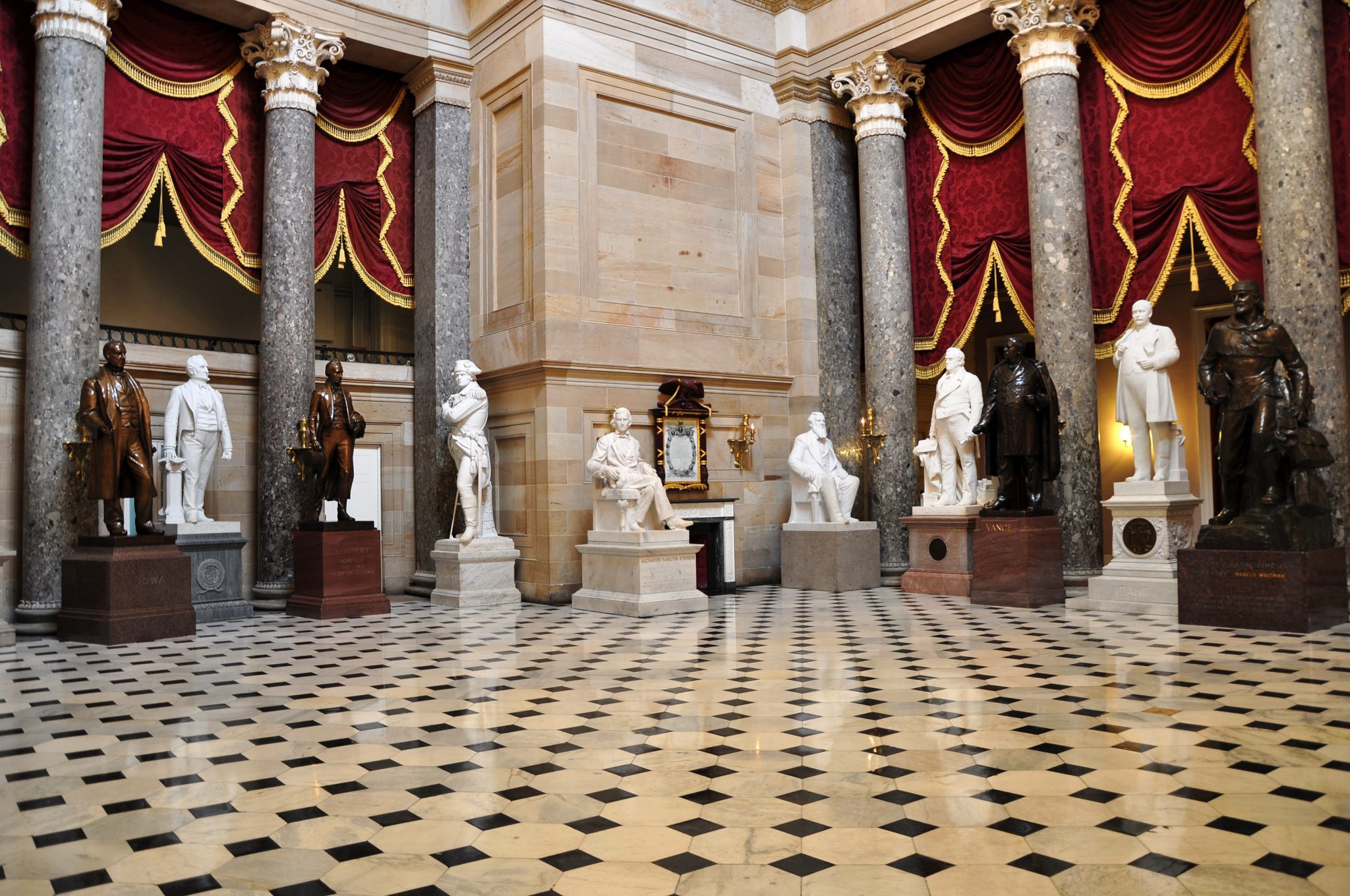 On Wednesday, the House of Representatives voted 305-113 to remove from the Capitol building around 20 statues of men whom they have decided “do not deserve to be honored.” The fact that 72 Republicans crossed party lines to vote with Democrats surprised many, but it goes to show just how far some lawmakers will go to not be perceived as racist.

The black list includes 12 Confederate statues as well as other figures whom Congress decries as white supremacists — Chief Justice Roger B. Taney and James Paul Clarke, among others.

Many of the targeted statues — those of Robert E. Lee and John C. Calhoun for instance — are part of the National Statuary Hall Collection. This century-and-a-half-old collection consists of 100 statues — two from every state, chosen by the legislature thereof. Like the number of U.S. senators, the National Statuary Hall Collection is meant to represent the equality and dignity of every state in the Union.

The state legislatures are given total freedom to choose two statues, so long as they are sculpted from marble or bronze. The states also retain the power to replace their statues as their legislatures see fit, a power that has not gone unused. The 1864 law responsible for creating the collection lists the requirements for personages to be honored with a representation in Statuary Hall: They must be “illustrious for their historic renown or for distinguished civic or military services such as each State may deem to be worthy of this national commemoration.”

It was clearly the intent of the 38th Congress that each state have complete control over whom they choose to honor with a statue. But by picking and choosing which statues should and should not be allowed to stay, the 116th Congress has made it clear that they no longer trust the states to choose the correct statues. Three hundred and five members of the House of Representatives have presumed to know better than the states themselves which of their citizens are worthy of honor and which are not.

The bill, now facing McConnell’s Senate and a probable veto from President Trump, is unlikely to become law in the near future. Nevertheless, the fact that the House voted so overwhelmingly to encroach upon states’ privileges is itself troubling. If Congress will not trust the states with such a minor decision as selecting statues, how can we, the states, expect them to trust us with decisions that are not merely symbolic?