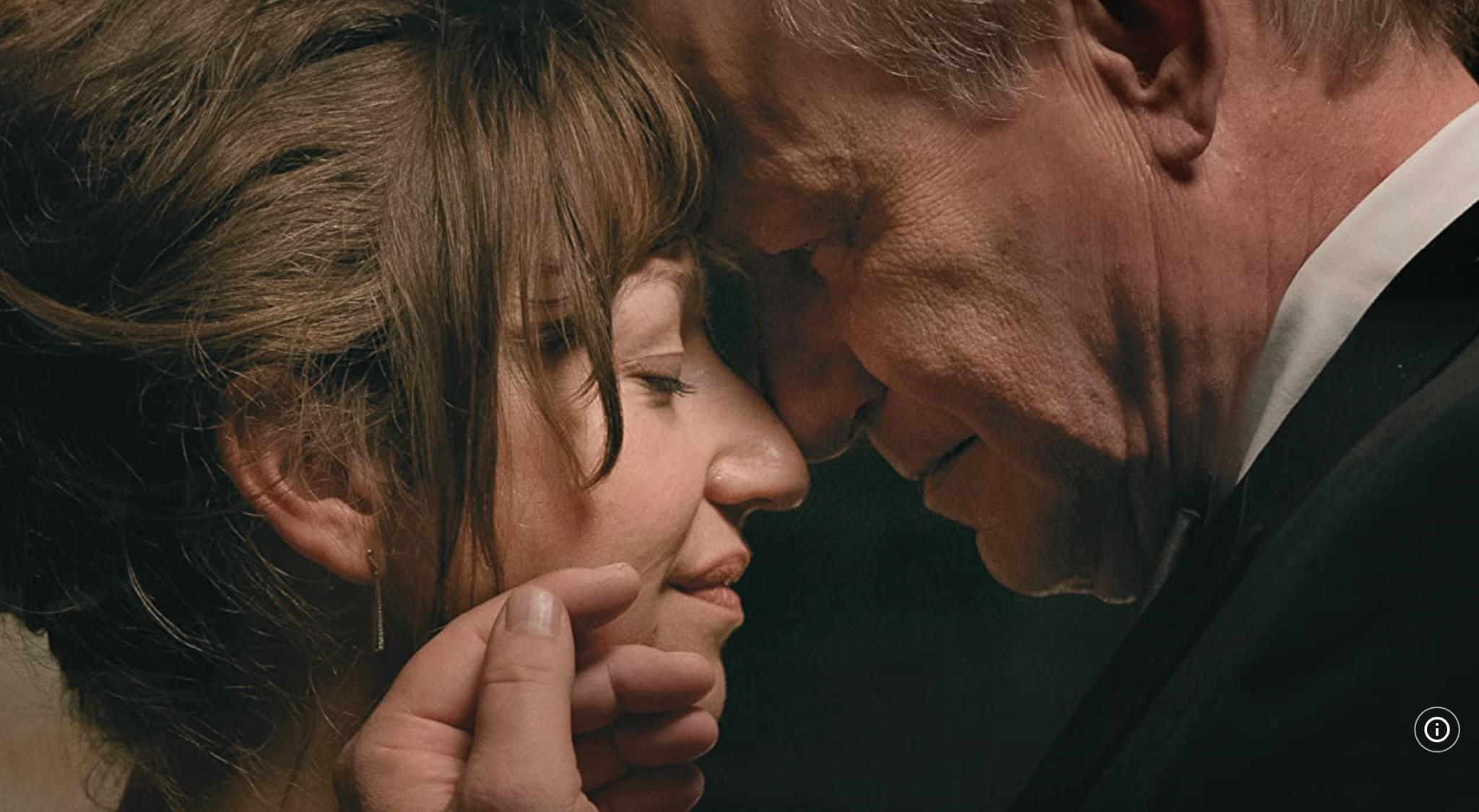 Returning home to Oslo from Amsterdam, where the positive reception for her avant-garde dance production has yielded her a big mid-career breakthrough, Anja (Andrea Bræin Hovig), who’s about 40, kicks back with her kids in their large, comfortable apartment and talks about going out tomorrow to buy the Christmas tree. (It’s December 22.) Later, climbing into bed with her Swedish partner, Tomas (Stellan Skarsgård), a 60-ish theatrical producer, she says, “I can’t seem to get rid of this headache.” And so it begins.

It must have been back in the 1970s that somebody coined the term “disease-of-the-week movie” to describe the many made-for-TV films in which some relatively young person is diagnosed with a deadly disorder and has to confront mortality. The genre goes at least as far back as the Warner Brothers classic Dark Victory (1939), in which heiress Judith Traherne (Bette Davis), a happy-go-lucky flibbertigibbet, is diagnosed with a brain tumor, goes blind, and dies of cancer. Although the formula, on the face of it, is pretty inflexible, many of these movies come off as pure cliché while a handful of them manage to rise to the level of art. Dark Victory does so, for example, because Judith’s death sentence leads her to find inner resources of strength and dignity — and an ability to love.

So it is with Hope (Håp), which was Norway’s Oscar candidate this year for Best International Feature Film, and which opened on April 16 in New York and Los Angeles. It will also be viewable virtually via the Film Forum and Laemmle theater websites.

It’s now the day before Christmas Eve, and Anja goes to see her doctor about her headache. She’s sent immediately to get an MRI — best to do it before everything closes down for the holidays. That evening, she’s summoned back to the doctor’s office and told she has a brain tumor. The lung cancer that she had a year earlier, and that she’d supposedly beaten, has spread to her brain, and it’s incurable.

“Hope” is much more than a disease-of-the-week movie. It’s a story about the importance of family. And it’s also a love story.

Over the next few days, a sleepless, despondent Anja consults an army of physicians, tries to keep up with her daily household tasks, looks on solemnly as her kids (she has three school-age children with Tomas, plus three older stepchildren) gleefully open their presents, talks with Tomas about their relationship (which isn’t what it used to be), struggles to make it through a friend’s Christmas party, and tells the kids about her diagnosis — and prognosis.

In short, yet another disease-of-the-week movie. Why, then, does it make so much stronger an impact than any other entry in this genre that I can remember? Several factors suggest themselves. First, the story is autobiographical: like Anja, Maria Sødahl, the film’s writer and director, was diagnosed with terminal cancer on December 23 (the year was 2012) and has a birthday on New Year’s Eve. In short, she’s telling her own story, and she understands in her gut what Anja’s going through. Second, Hovig, who plays Anja, has been there too: she’s a friend of Sødahl’s who went through the whole experience with her.

Third, the doctors and nurses portrayed here — 17 in all — are played by actual medical personnel. Sødahl has told an interviewer for a nurses’ magazine that trained actors playing health-care providers almost invariably portray them as being more empathic than such people really are. By having medical personnel play themselves, she said, you get more realism. It’s an experiment that might have gone terribly wrong, but under Sødahl’s direction not only do none of the caregivers in this film come off as amateurs; their performances are stellar, and they ground this picture in reality.

The script and cinematography also contribute to the realism. There’s nothing Hollywood-y here — no fancy photography (the camera only pans when Anja walks into a room and slowly scans it), not a single line of dialogue that doesn’t feel entirely natural. There’s not even a musical score. The whole thing is spare, low-key, simple. Even the pauses, the silences, ring true.

Plus, the actors are splendid. Anja’s family feels like a family. These people interact as if they really have lived together for years and really love one another. The kids aren’t Hollywood movie kids, with precocious smart-ass dialogue. They’re real kids — and nice kids, decent kids. There are no villains here: Anja is a devoted mother; her best friend, Vera (Gjertrud L. Jynge), is a true friend; her dad is wise and caring; Tomas, though at times maddeningly distant and work-obsessed, is, deep down, the salt of the earth.

Nor does Sødahl do anything formulaic to convey these people’s qualities. There are, for example, no pet-the-dog scenes here. All this niceness isn’t boring because each of these people comes across as distinctive, three-dimensional. There’s a wonderful sweetness in many of the family scenes, especially in the Christmas Eve sequence, when the boys wear jackets and ties and the girls wear proper dresses. This is what life comes down to: happy, memorable moments with loved ones. Sødahl not only makes the family feel like a real family; she makes you feel as if you actually know them and care about them.

Indeed, this is ultimately much more than a disease-of-the-week movie. For one thing, it’s a story about the importance of family. Anja’s kids love her and know she loves them, but the news of her affliction teaches them not to take any of it for granted. It’s also a love story. Over the years, Anja and Tomas have drifted apart, and she thinks he no longer loves her. “You don’t need to love me just because I’m dying,” she tells him, and adds, “We’re useless at sticking together…. We couldn’t even stick together when times were good.” Non-Scandinavian viewers probably won’t notice it, but whenever Anja and Tomas converse, she’s speaking Norwegian and he’s speaking Swedish — a constant metaphor for the distance that has grown between them.

But over the several days covered by this film, it becomes clear that they love each other very much. Tomas, a workaholic, clears his professional schedule. Anja, who at first says she wants him to find a new partner after her death, later begs him not to. Though they’ve been together for years, they’ve never bothered to get married; now, Tomas is intent on making Anja his wife, and though neither has been a believer, they both want the service to be performed by a minister, in a church.

Yes, on one level this film is a downer. On another level, however, it’s deeply life-affirming: a tribute to family and marriage, a testament to the ultimate importance of love, hope, and — yes, in its subdued Scandinavian way — faith. A lot of art these days is about art itself, celebrating artists as gods and art itself as the modern religion. Not this movie. Both Tomas and Anja are artists whose lives have long revolved around their art, but from the moment they get the bad news from Anja’s doctor their thoughts instantly refocus on home, on their children, and on each other. Hope is a beautiful piece of work that deserves to reach a wide audience.