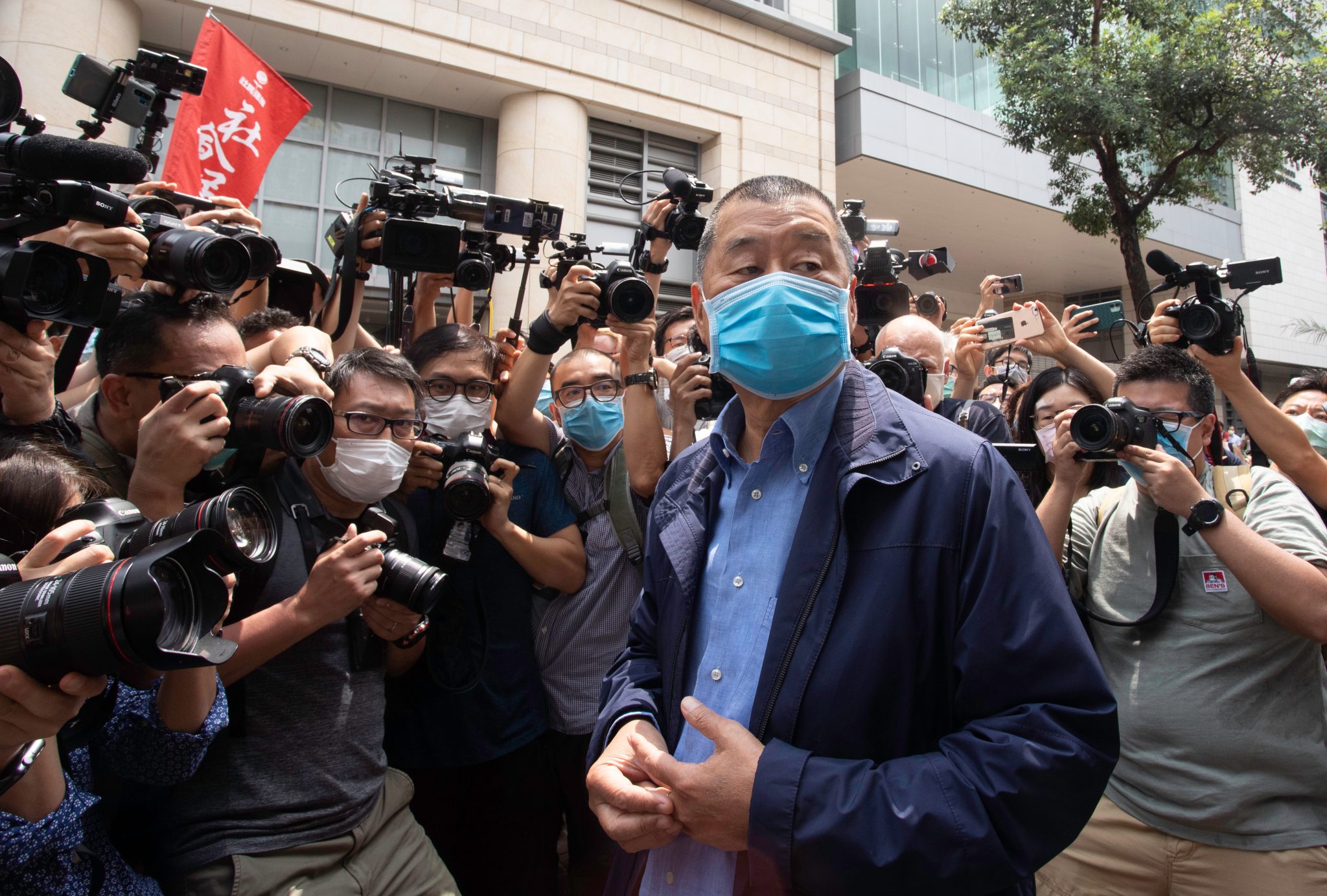 After two and a half decades of pro-democracy muckraking, one of Hong Kong’s most popular publications ceased to exist this week.

Apple Daily, founded in 1995 by entrepreneur and activist Jimmy Lai, had been a constant headache for the Communist Party and boon for the Hong Kong opposition since its first issue. On June 24, it printed its final edition and closed its website.

The publication was destroyed in two fell swoops, showing Beijing’s immense power in the nominally free city. The first blow came in May, when the financial assets of Apple Daily Ltd and its affiliates were frozen by Hong Kong authorities.

The second blow happened on June 17, when a massive 500-officer police raid on Apple Daily’s headquarters led to the arrest of five of its senior executives, including its CEO Cheung Kim-hung. Out of resources and fearing for their own safety, Apple Daily’s staff members announced their decision to shutter the newspaper soon thereafter.

Over its 26 years of existence, the newspaper had been a reliable champion of the pro-democracy and anti-Beijing camp, not only in Hong Kong but also overseas, such as with its support of Taiwan’s nationalist Democratic Progressive Party. It was also a cheerleader for protests against Beijing and local administrations deemed too subservient to the mainland; it threw its support behind the Umbrella Movement in 2014 as well as the 2019 uprising, moves that likely provoked the violent police crackdown more than anything else.

Apple Daily was also an unabashed tabloid, with a freewheeling, gossipy, irreverent style that distinguished it from its more staid rivals in the centrist or pro-Beijing camps. Its staff’s taste for sensationalism and controversy occasionally raised questions of ethics. For example, it was accused of commissioning a report on links between Hunter Biden and the Communist Party that turned out to be at least partially fabricated. At its best, however, the newspaper ruthlessly exposed corrupt local officials and overreach from Beijing.

This combative streak occasionally led the outlet to make allies in unexpected places. Going into the 2020 elections in the U.S., both Apple Daily and Jimmy Lai himself became increasingly vocal supporters of Donald Trump, urging him to “stop China’s aggressions” and “freeze the bank account of the Chinese top officials’ corrupt money.” When Chinese officials cited “colluding with foreign forces to endanger national security” in their June 17 raid on Apple Daily’s offices, they no doubt had those remarks in mind.

The publication’s demise shows the lengths to which the Communist Party is now willing to go in order to suppress unrest in Hong Kong. Apple Daily was a behemoth; a Reuters Institute report in 2019 found that it was Hong Kong’s second-largest newspaper by print and online readership.

The dismantling of such a beloved institution would have been unthinkable only a year ago, but Beijing has clearly run out of patience. No doubt the muted international response to its crushing of the 2019 protests has shown Chinese officials that they can act with impunity in Hong Kong. The free press, as always, is the first to go.