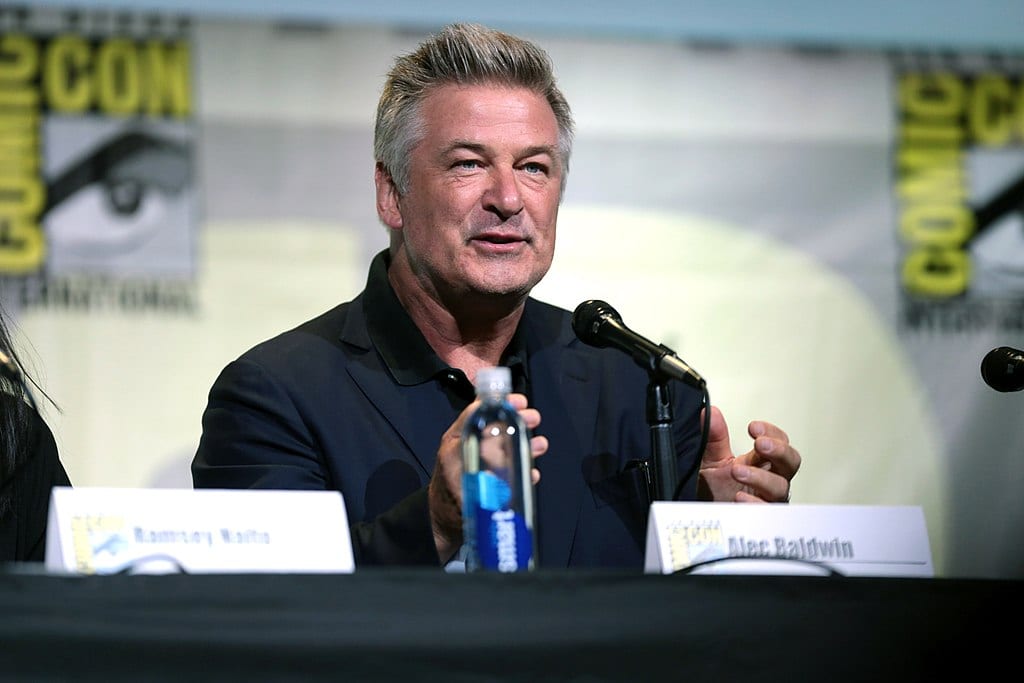 “In our time the destiny of man presents its meaning in political terms.”
— Thomas Mann

I haven’t been to the movies in months. I passed on Dunkirk after reading a few reviews that told me that it lacked historical context. Nothing new there. The film industry long ago tossed out artistic excellence for PC politics. And it was long before President Trump’s election that Hollywood’s nastiness directed at Republicans and conservatives was ingrained. People who acquired fame in “B” movies and TV situation comedies or are admired as “edgy” comedians suffer from the delusion that their cultural perches means that their political opinions are not only valid but morally superior. Thanks to Twitter and Facebook there has been a distinct devolution of coherent opinion, yet the cultural elites expect us to take seriously all this moronic digital graffiti. This idiocy is found in the news media too, of course.

It’s interesting to note the extent to which Hollywood political activism has devolved over the years. During the infamous “blacklist” period of the 1940s and ’50s, the movie kingdom tortured itself over people — mostly screenwriters — who had been at one time members of the American Communist Party (CPUSA). The House Un-American Activities Committee (HUAC) was convened in 1947 (though it was instituted in 1938) to investigate this and to encourage self-incrimination and the “naming of names.” Ten famously invoked their Fifth Amendment rights and paid the price of short prison terms and fines for contempt of Congress, and inclusion on the thirteen-years blacklist, which barred them from film studio work.

But those ten (and others involved) had a close eye on the international scene, with a historical perspective that could — whether the majority of Americans concurred or not — articulate their leftwing political views. Today’s Hollywood uber-liberal is for the most part historically brain-dead. How does Alvah Bessie compare to, say, Alec Baldwin? Ring Lardner, Jr. to Michael Moore? Dalton Trumbo to Judd Apatow? Our national dumbing-down epidemic is seen most clearly among the cultural elite because they confuse celebrity with erudition. The current crop of sparkling glitterati are the dimmest to be seen in Hollywood history.

I suppose that much of this is a function of the marriage of political correctness to technology. If the celebrity culture doesn’t know its Marxist theory, it certainly understands the accompanying patina of cultural Marxism. The “movie colony” is by nature narcissistic. Add social media and Hollywood finds itself in an infinite space that demands a performance. Hence their vapid political activism that says: “I have an opinion I must share with the world,” even though that opinion is usually a cipher, designed to denigrate somebody, or give an ego boost to the source.

But back to the Blacklist. It mostly affected screenwriters — and some directors and producers. That many of them in the 1930s and ’40s would succumb to the politically fatal conceits of the 20th century is not surprising. Some grew up poor in the Great Depression era, got educations in public libraries, and frequented cities like New York, where they were exposed to the Sturm und Drang of political ideas emanating from Europe, where the observed (from the leftwing point of view) Manichean struggle of communism and fascism also played out on the cultural and literary landscape of America.

Names such as Trumbo, Bessie, Albert Maltz, Lester Cole, John Howard Lawson, and Ring Lardner, Jr. are mostly forgotten today (especially by Hollywood’s intellectually unwashed), but they represent the pinnacle of a century of Tinseltown radicalism. Back then, your average Hollywood lefty was learned compared to today’s Twitter-head ranting by the pool in Malibu, and were likely somewhat familiar with the dry and impenetrable political philosophy of Marx, Engels, and Lenin.

Other than to speak in platitudes, today’s Hollywood progressives can’t tell you why they hold the political views that they do. Long before the vilification of Trump became their idée fixe, their politics consisted of a potpourri of chic identity politics — grievances concerning race, gender, sexual orientation, and environmentalism. To fit in you simply had to choose your political ax-to-grind du jour, as if you were ordering it off an à la carte menu. Allegiance to trendiness doesn’t require much thought or study. This illustrates that in Hollywood your political opinions are as important as what you wear and where you live. Groupthink in all things related to fashion, culture, and politics. By contrast, the aforementioned figures of midcentury were schooled in history (as autodidacts usually are), and didn’t formulate their political views to be popular or advance their careers. After all, most were writers: well paid for the time, but otherwise scorned as the scum of the Hollywood earth: “Schmucks with Underwoods,” as one famous producer called them.

Dalton Trumbo (1905-1976) wrote the screenplays for Exodus (1960) and  Roman Holiday (1953). For the latter he used a “front writer” (a person chosen to take credit for the script). He also wrote The Brave One (1956) under a pseudonym. Trumbo’s script for Spartacus (1960, starring Kirk Douglas and based on Howard Fast’s novel) was written under his own name, thus ending the blacklist after thirteen years. Trumbo had joined the CPUSA in 1943. His 1939 novel Johnny Got His Gun had a resurgence in the counterculture ’60s as an influential anti-Vietnam War book.

By comparison, Alec Baldwin seems to be ending a career that started on the big screen with the equivalent of a Vegas lounge act as he impersonates Donald Trump on Saturday Night Live. Hal Holbrook’s Mark Twain needn’t be concerned. Movies to television to the occasional commercial and his SNL gig, Baldwin’s career is descending the ladder. Sir Laurence Olivier isn’t rolling in his grave. But Mr. Baldwin can always be counted on to be rude to waiters, reporters, and other inferiors.

Alvah Bessie (1904-1985) was a protégé of Eugene O’Neill and was associated with the Provincetown Players. He joined the CPUSA around the time of the Spanish Civil War (1936-39) and served in the leftwing Abraham Lincoln Brigade. Bessie had a solid reputation as a playwright, novelist, and translator of French literature, and was the author of a number of books about the Spanish Civil War and World War II. The highlight of his Hollywood career was his nomination for an Academy Award for the screenplay for Objective Burma (1945). The latter achievement also points to a time when even the most radical Hollywood progressives were patriots.

Bill Maher donated a million dollars to Barack Obama’s 2012 presidential campaign. He continues to pursue the mantle of Lenny Bruce as one of America’s prominent “sick” comedians. If they awarded a Pulitzer Prize for bleeped-out commentary and demonizing conservatives by name, such as Sarah Palin, Maher would win it. His sole entry into the world of serious punditry was short lived, however, when George Will tested his intellectual rigor on ABCs This Week some years ago and it wasn’t pretty.

Albert Maltz (1908-1985) came from a wealthy family and was schooled at Columbia and the Yale School of Drama. After forays into playwriting and authoring obscure published novels and short stories, Maltz decamped for Hollywood where he worked on the scripts for Casablanca (1942) and The Robe (1953). The Execution of Private Slovik, a project with Frank Sinatra, was stillborn due to Maltz’s dismissal by studio heads over his previous political activities. In later years he wrote the screenplay for Clint Eastwood’s Two Mules for Sister Sarah (1970) among other projects.

Michelle Wolf denigraded Sarah Huckabee Sanders at the White House Correspondents  Dinner. Though you could say that Wolf is an intellectual, as she probably brushed up on her Saul Alinsky backstage before she went on. Identify the target, isolate it, demonize it, etc.

Ring Lardner, Jr. (1915-2000), son of the legendary humorist and short story master, was a member of the “Socialist Club” while a student at Princeton. In Hollywood he mostly worked as a “script doctor,” punching up other writers’ moribund screenplays. His noteworthy achievements were the Oscars he won in 1942 for the screenplay for Woman of the Year, which starred Katharine Hepburn and Spencer Tracy, and M*A*S*H (1970), the screenplay adapted from Richard Hooker’s novel that spawned the popular 1970s television series. Lardner was the last survivor of the Hollywood Ten.