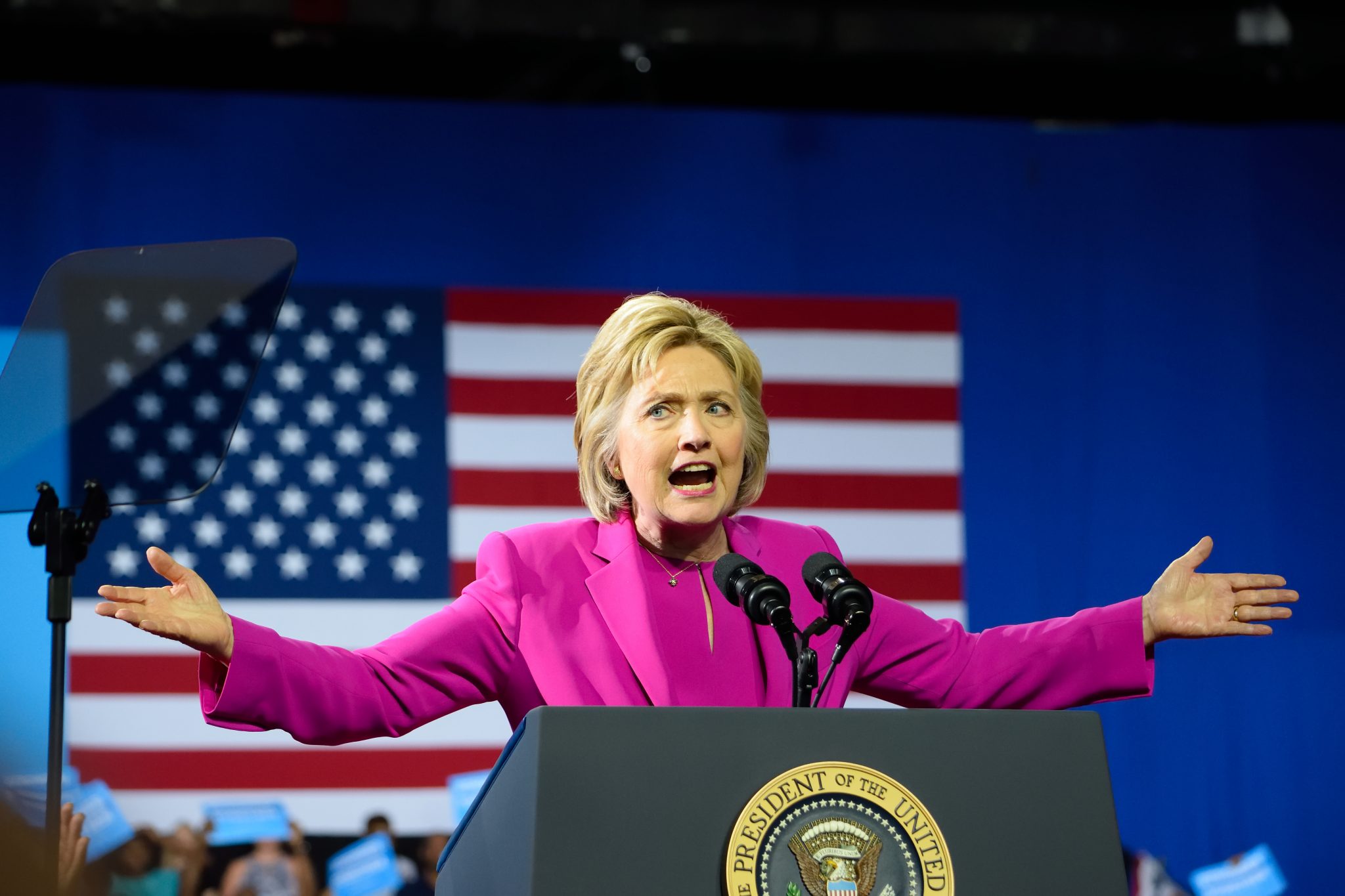 And now for a message from the ghost in the Democrat machine. Hillary Clinton would like to remind you about that time she ran for president against a very bad orange man. Which, as a woman, was horrifying, and unfair, and wrong for her to have to do, and bad for the country, and she still can’t believe she lost. If you agree with her that our country is in just a deplorable state, you should watch Hillary, her documentary series premiering on Hulu starting this Friday, March 6.

The series, directed by Nanette Burstein, condenses 1700 hours of 2016 campaign footage and 35 new hours of interviews into just four, one hour for each year every politically conscious citizen has been reminded daily of the great tragedy that Trump was elected and Hillary was not.

Hillary, after all, has always stood up for women, long before the MeToo era made this a substitute for a campaign platform, as the documentary’s trailer wants you to know. As first lady, she said that thing about how “Human rights are women’s rights and women’s rights are human rights.” And though that was “polarizing” and she “provoke[s] strong opinions,” well, “You want to make a difference, you want to have an impact. Well then, you gotta get in the arena.”

That is the story that Hillary Clinton promises to tell about her long career in American politics: woman + politician = progressive heroine. At this point, one can only expect Benghazi to be a “challenge,” Whitewater to be “difficult,” and her emails to be, well, just “emails” (1:15).

But if it’s a tell-all you want, there was also that whole Monica Lewinsky thing, which was horrible, and also relevant in the time of MeToo, and she has very relatable, heart-on-your-sleeve things to say about that. Women will be empowered. People uninterested in Bill ’n’ Hillary revisionist romance (Yale student Bill Clinton: “I really want to marry you, but you shouldn’t marry me”) will be repulsed.

You may be glimpsing some contradictions peeking out from the pantsuit. In an interview on The Ellen Show, Clinton wanted you to know that “Staying in my marriage was the gutsiest personal decision I ever made.” Which, fair. But when she recounts the stories of interviewers who talked with women angry at her after the affair and unwilling to vote for her, she responds to their “That happened to my sister, that happened to my friend” with “Everybody needs to make the best decision for you and your family.” Clinton is long on liberal clichés, but short on compassion.

She is also short on comprehension of what happened in 2016. She tells Ellen that people were skeptical of her candidacy because they feared a female president would act on her emotions. And that’s why they didn’t vote for her.

Right. Anyway, she’s over that now, and out of the arena, writing a book with Chelsea titled The Book of Gutsy Women and making documentaries with the guiding principle that “being willing to address all this really does help other people.”

Or, at least, when Ellen asks her if she’d accept a VP offer, she demurs: “I’d never say never, because I do believe in serving my country, but it’s not going to happen.” (She did turn down Obama’s Secretary of State offer twice, she reminds us.)

And endorsements? Any reason why Hulu and Burstein bothered with Hillary, beyond whitewashing the walls of the Democrat establishment with alternative history?

“I am not planning to endorse,” she told NPR Tuesday. “I am going to say the same thing I’ve been saying from the beginning of this vigorous primary contest. I hope the voters will pick the person that is most able to beat Donald Trump in the Electoral College. At the end of the day, that is all that matters.”

Still, in a week of dubious endorsements, it’s troubling to see Clinton come floating back from our nightmares, into conspiracist speculations on Twitter about dark-horse nominees, to a screen near you.

Hannah Rowan
Follow Their Stories:
View More
Hannah Rowan is managing editor of The American Spectator.
Most Popular
1
In Print Spring 2022
The Deeply Satisfying Destruction of the Ruling Elite
by Scott McKay