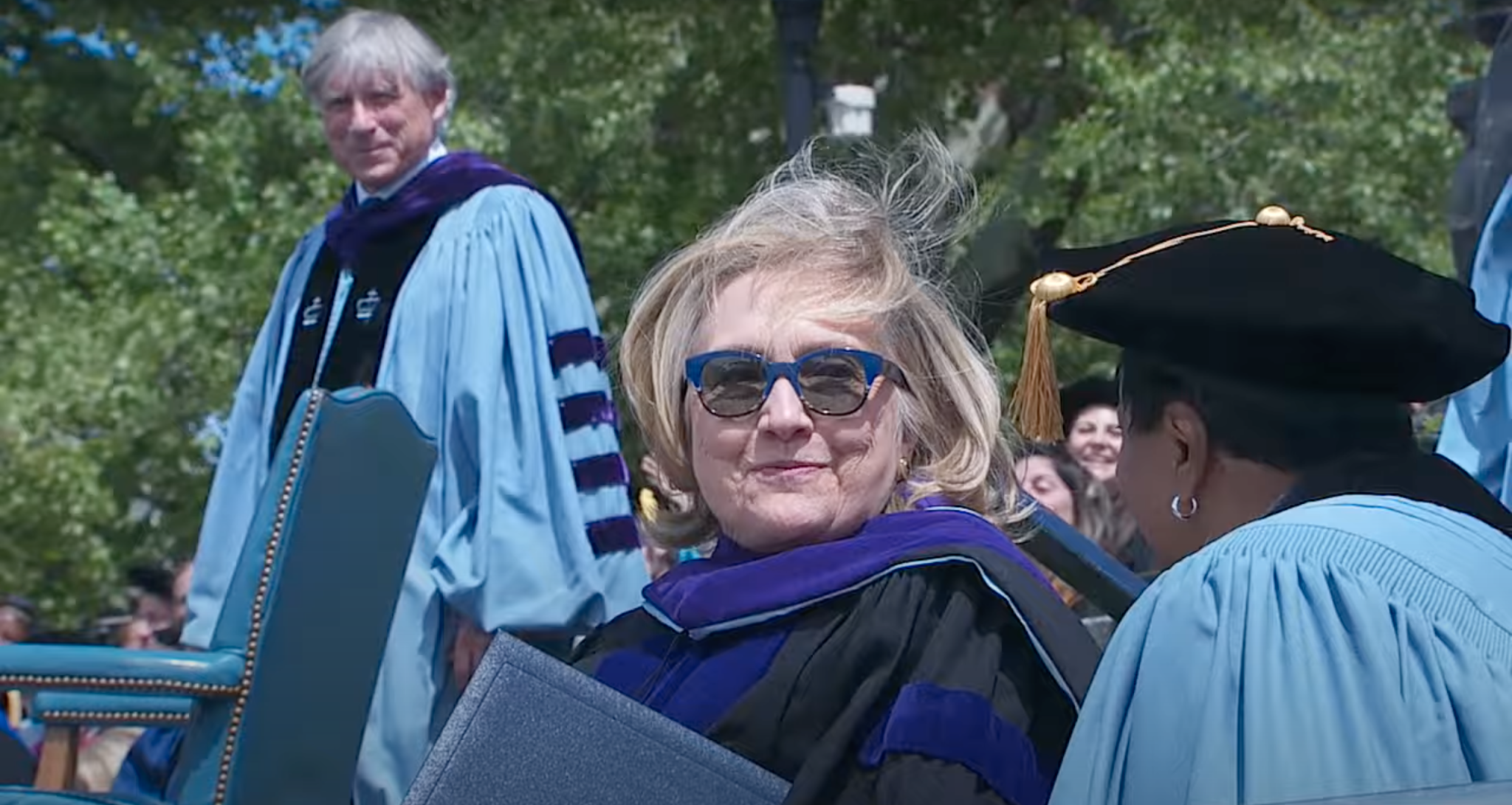 Former Secretary of State and First Lady Hillary Clinton will become a professor of global politics and policy this fall at Columbia University.

The Ivy League university’s president, Lee Bollinger, announced today that Clinton will be a professor of practice at the School of International and Public Affairs and a presidential fellow at Columbia World Projects, according to Bloomberg.

Bollinger, of course, sang the failed presidential candidate’s praises: “Given her extraordinary talents and capacities together with her singular life experiences, Hillary Clinton is unique, and, most importantly, exceptional in what she can bring to the University’s missions of research and teaching, along with public service and engagement for the public good.”

As much as we hear about a revolving door of politics that circulates elites to and from the bureaucracy, lobbying jobs, and public office, there is also a newer path for the political elite: politics to academia.

Many figures in recent times have been known to move from significant political offices to roles in higher education.

This is further evidenced by a report from Harvard University’s student newspaper. It found that over 80 percent of surveyed faculty identify as liberal.

The Frankfurt School, which included cultural Marxists such as Herbert Marcuse, was associated with Columbia University.

It should be no surprise that a progressive institution like Columbia would bring on a mainstream leftist politician with influence. It’s a win-win for both parties.

Clinton receives an elite role at a prestigious institution. Columbia gains political capital among the Left while also virtue-signaling its support of progressivism.

“She is a remarkable leader who has been on the frontlines of virtually every critical challenge facing our world today—from the global fight to save democracy, her advocacy for women’s rights, and her staunch defense of marginalized people everywhere,” Columbia Dean Keren Yarhi-Milo said.

Maybe it really is the perfect gig for Madame Secretary.