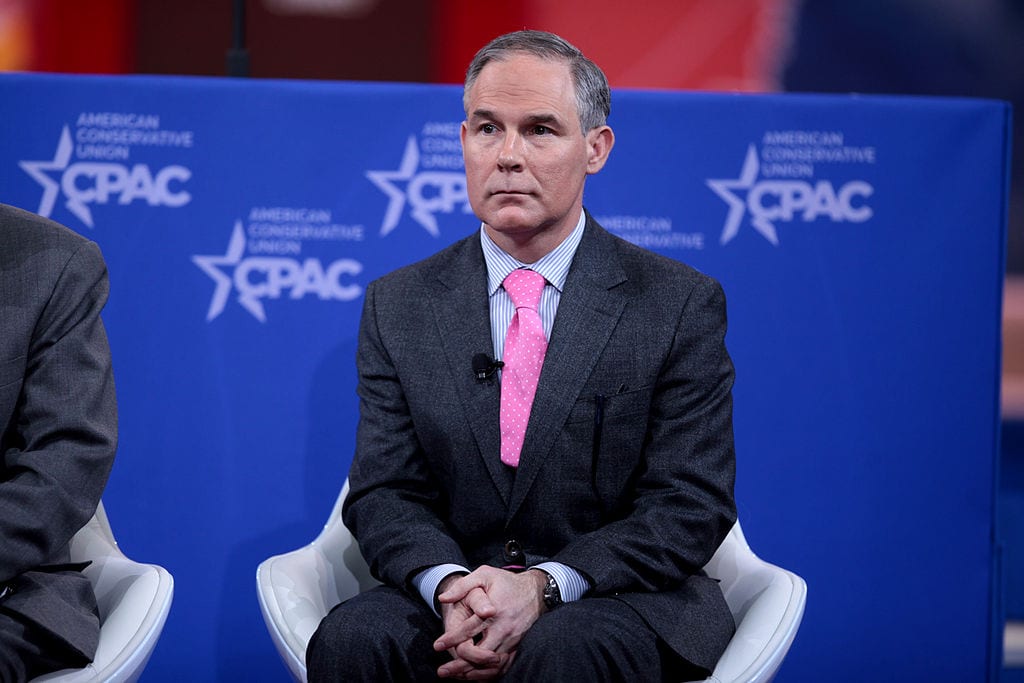 On February 6, Environmental Protection Agency (EPA) Administrator Scott Pruitt was interviewed by Gerard Ramalho on Nevada’s KSNV-TV. What he said about climate change produced the usual cat calls and hisses from liberal environmentalists and their stable of paid pseudo-scientists, but the rest of us recognized it as being a solid-gold presentation.

Pruitt began by acknowledging Earth’s climate is constantly changing and that “we contribute to it.” But measuring the human impact, he said, is very difficult, and whether it constitutes an “existential threat” or a possible benefit to humanity is still unknown.

Liberal pundits — most of whom never took a science course in their life (or, like Al Gore, flunked the one course they did take) — dismiss anyone who dissents from their forecasts of environmental catastrophes as ignorant “climate change deniers.” They have it exactly backwards: Climate change skeptics understand the science far better than the alarmists. It’s why they are skeptical.

“We know that humans have most flourished during times of… warming trends,” Pruitt also said, adding, “I think there’s assumptions made that because the climate is warming, that that necessarily is a bad thing.”

Again, this is absolutely correct. Historically, warmer periods have been accompanied by higher crop yields and rates of population growth, rising prosperity, and even less conflict and fewer wars. Cold periods or periods with falling temperatures, in contrast, are often accompanied by extreme weather, crop failures, starvation, and armed conflicts.

Environmentalists either know “warmer is better” and seek to hide this inconvenient truth from the public, or the only research they’ve done is reading the fundraising letters of silly alarmist groups such as Greenpeace and Union of Concerned Scientists. They need to get up to speed on this issue before they claim moral and intellectual superiority over climate change “deniers.”

Administrator Pruitt then hit a whopping home run when he asked, “Do we really know what the ideal surface temperature should be in the year 2100 in the year 2018?” The obvious answer is “of course not.” Why assume today’s temperature is ideal or magically perfect when we know human populations (and wildlife) have flourished in other, often warmer conditions? This answer blows away all the groundless speculation about the “social cost of carbon” and what ought to be done today to affect the weather a century from now.

Pruitt’s interview demonstrates he is the best EPA administrator the agency has ever had, and arguably the best cabinet pick President Donald Trump has made in his still-young administration. That Pruitt has the courage to confront environmental activists regarding their lies and misinformation on this key issue is a gift to all the “forgotten Americans” who voted for Donald Trump for president.

Joseph Bast (think@heartland.org) is a director and senior fellow with The Heartland Institute, a nonprofit organization he cofounded in 1984 and led as CEO until retiring earlier this year.