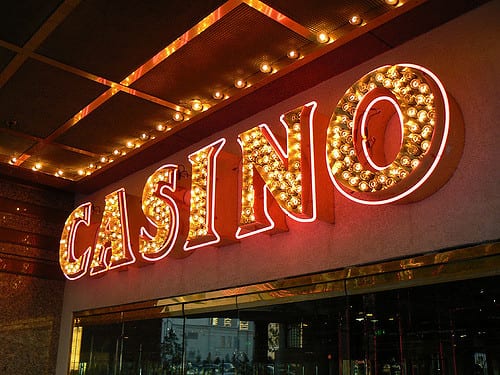 Given the bright lights and jingle-jangle of the slots, it can be easy to go financially haywire when in a casino, and, let’s face it, those palaces weren’t built on the backs of winning players.

Still, it’s easy to mitigate risk and increase your chances of walking out of a casino a winner by sticking to the games that have the lowest house edge while avoiding those that are more likely to take your money.

The most obvious solution to the win-lose proposition is poker, given that you don’t play against the house. Instead, you must be more skilled than other players and beat the rake to win. I won’t go into that topic ad nauseam, given that I write about that subject almost weekly, but it would behoove you to learn Texas Hold’em and perhaps the various disciplines of Omaha (pot-limit, hi-lo, and Big O, which is a five-card hi-lo version of the game that keeps growing in popularity). I’d just recommend you study poker deeply before testing your mettle against other players in a casino. Otherwise, you’d be better off playing slots.

Craps and blackjack are the casino games I’d recommend you play. In addition to being fun to play, the house edges are low if you make the right bets.

The craps layout can be maddeningly convoluted, but, in truth, you should just ignore the vast majority of the possible bets on the felt. First, make a pass line bet. In that wager, we win if, on the come-out roll, the shooter (the person rolling the dice) gets a 7 or 11 or if once a point number is established (4, 5, 6, 8, 9, or 10) that number is hit again before the shooter “sevens out” by rolling a 7. A roll of 2, 3, or 12 on the come-out roll loses.

Experts will tell you the pass line bet with odds is the very best bet to make in a casino. If you just place an odds bet equal to your pass line bet the house edge is reduced to about 0.85 percent.

But it gets better. Many casinos offer odds higher than that. Double odds are very common. Five-times odds aren’t unheard of. And 20x odds can be found in some casinos. Betting 20x odds takes a large bankroll and a strong stomach, as these tables often have a minimum $5 bet, meaning your 20x odds bet would be $100. But if you can handle the swings, the house edge is reduced to about 0.1 percent on those wagers.

It’s easy to win or lose a lot of money in a short time in a craps game — that’s why you hear some of the loudest cheers and sad groans in a casino coming from a craps table. Blackjack is more subdued, and definitely simpler to play. You just need to either learn basic strategy or buy a strategy card that you can keep by your side. Don’t worry, the casino pit bosses and dealers don’t mind if you check the card to determine the correct strategy since you’re still bucking the house edge. If you use perfect strategy, though, you can reduce your house edge below 1 percent. The actual edge varies in small degrees depending on which rules the house employs — dealers hitting soft 17 (meaning a hand that adds to 17 containing an ace, such as A-6) hurts you, while allowing you to double down on any two cards helps you. Two important things to keep in mind: it’s important to double down whenever it’s to your advantage — much like placing odds bets in craps — because this is a chance to increase your bet with the odds in your favor, and you should avoid games that pay 6-to-5 for blackjacks rather than 3-to-2. The former is becoming more common in Vegas and elsewhere and really hurts your bottom line.

If you have the jones for playing a game on a machine stick to video poker or — if your wallet can handle it — higher denomination slots. There are myriad options for video poker. If you’re playing the most common one, called Jacks or Better, look for machines that pay nine credits for a full house and six for a flush. You’ll more commonly find such machines that pay eight credits for a full house and five for a flush. While not as good as the less-than-1 percent house edge on a 9/6 machine, the house edge is still less than 3 percent.

If you must play slots, know that the average payback in jurisdictions like Vegas is 94 percent, according to the American Casino Guide. But that number varies wildly depending on the denomination. The nickel and penny slots pay back a lot less (sometimes less than 90 percent), while dollar machines give you a much better chance of winning (as high as 96 percent).

Play smart and hopefully you can make it out of the casino with a fat wallet.