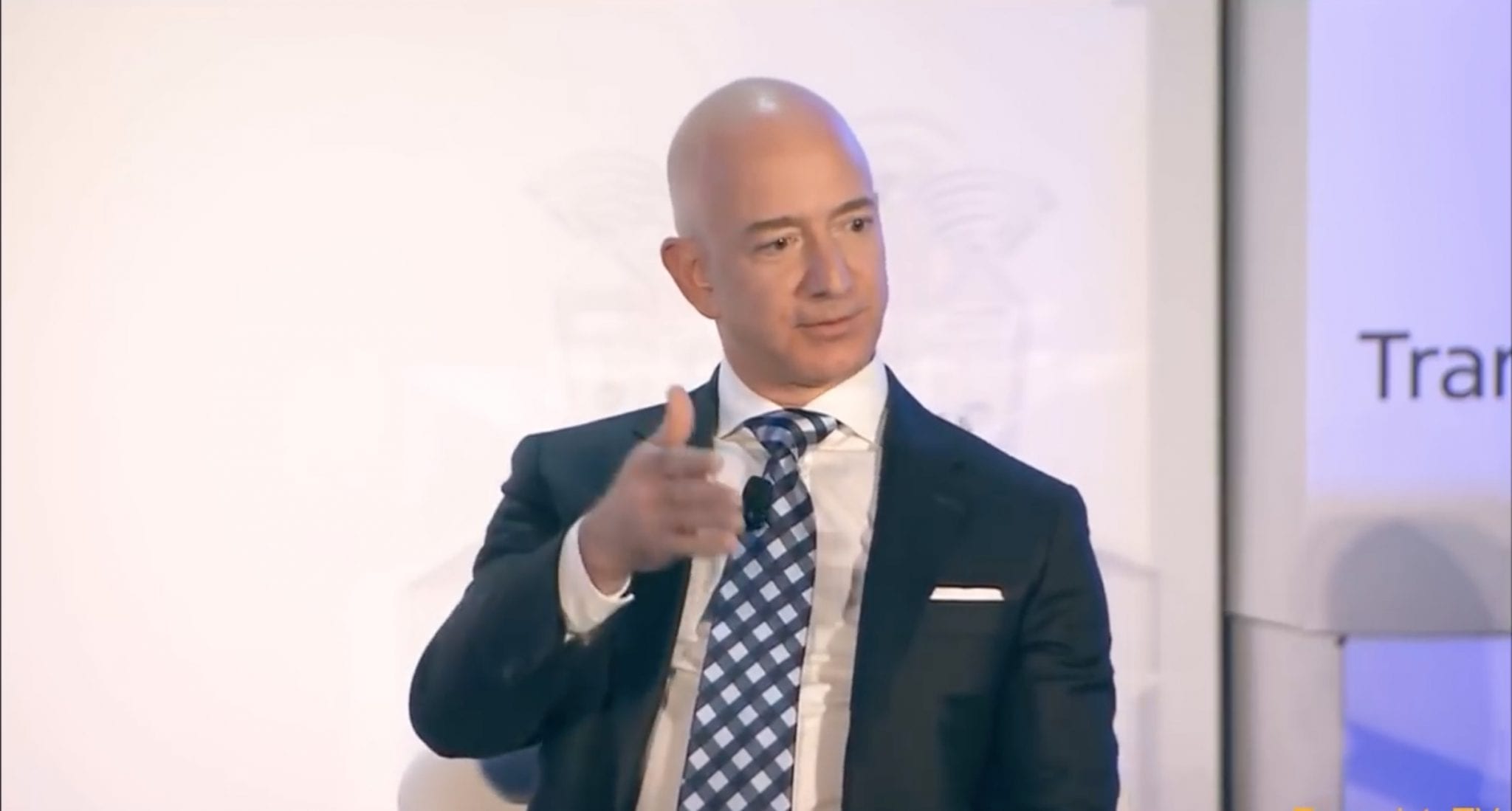 Early this year, America’s cultural centers were rocked by a sordid tale of privilege gone wrong that would’ve fit right into an Edith Wharton novel.

Jeff Bezos, the richest man on earth, the creator of Amazon, and a man increasingly regarded less as a man than as a force of nature, was abruptly and brutally dragged back to his mortality by the revelation of that oldest of male failings: the extramarital affair. Now, Bezos is staring down the barrel of possibly the most expensive divorce proceeding in history, losing his title as richest man on earth, the potential crippling of his previously invincible company, not to mention enough seamy tales about everything from his sexual proclivities to his inscrutable texting habits (one, reading like some bizarre parody sketch involving sexting Terminators, refers to his paramour as an “alive girl”).

But it is not my intention here to rehearse the numerous embarrassments Bezos has already been put through in detail. The story has been thoroughly milked, but will likely return as the divorce proceeds and more and more gets revealed in the court documents. How ugly and embarrassing it will get is anyone’s guess, but what is more interesting is a question it raises, and that the divorce will likely test: after defying political and economic odds for so long, will wandering eyes and wandering hands be the things that ultimately drag the Snowflake Barons down?

Recall that while Bezos’ marital troubles are the most gossiped about, they are far from the only instance of high profile, embarrassing infidelity revealed at America’s tech companies. Way back in 2013, then-Google CEO Eric Schmidt was revealed as a serial adulterer who used his “open marriage” as a pretext to seduce everyone from attractive TV hosts, to TV producers, to concert pianists, and beyond.

But say this for Schmidt: at least his erratic love life operated with the full consent of all parties. The same cannot apparently be said for Android creator Andy Rubin, who reportedly forced an employee to perform oral sex on him, engaged in numerous extramarital affairs, and had what were described ominously as “ownership relations” with many other women whom he paid hundreds of thousands of dollars. Despite all this, Rubin was allowed to quit Google with a $90 million golden parachute. One doesn’t wish to imagine how many “ownership agreements” that buys.

This isn’t even touching on the numerous other reports of unwanted sexual contact or misconduct that have emerged from Google. Those reports were either targeted at figures too far out of the spotlight to matter, or were settled too quietly to go anywhere.

But where Schmidt and Rubin were either operating consensually, or were too little known outside tech circles for their extremely unpleasant behavior to have the necessary ripple effects, Jeff Bezos’ impending humiliation could prove very different. Because it’s not just Bezos who may be affected: the man runs in a rarefied circle that includes everyone from the other leaders of the tech sector to former Secretary of Defense Gen. Jim Mattis. To have the private life of a man so ludicrously connected pried open in court could expose not just Bezos, but all his contacts, to the kind of sordid revelations that even the most prurient reporter could only dream of covering. And, given other stories about the sexual ethics of Silicon Valley, one suspects that this outcome is more likely than not.

Moreover, I brought up Mattis for a reason. Not because Mattis seems likely to have engaged in such depraved sexual theater himself — that’s unimaginable. Rather, the more important question is why men with private lives that make them such ludicrous security risks are allowed to wine and dine the Secretary of Defense, at all, let alone contract with the most sensitive parts of the U.S. government. Bezos’ exposure potentially means the exposure of a company that does massive amounts of business with the U.S. government. How does the ever-discreet, often paranoid federal bureaucracy react to such risk?

My bet is not well, which is why Bezos should be very afraid of what his wife will say. There is no easy way out of this for him: either he settles and carves up his company, or he fights, and all the dirt comes out to lurid attention. Jeff Bezos’ sexual ethics are not the only thing on trial here: the sexual ethics of Silicon Valley itself are. And for an industry so cavalier about privacy, that is a welcome development.