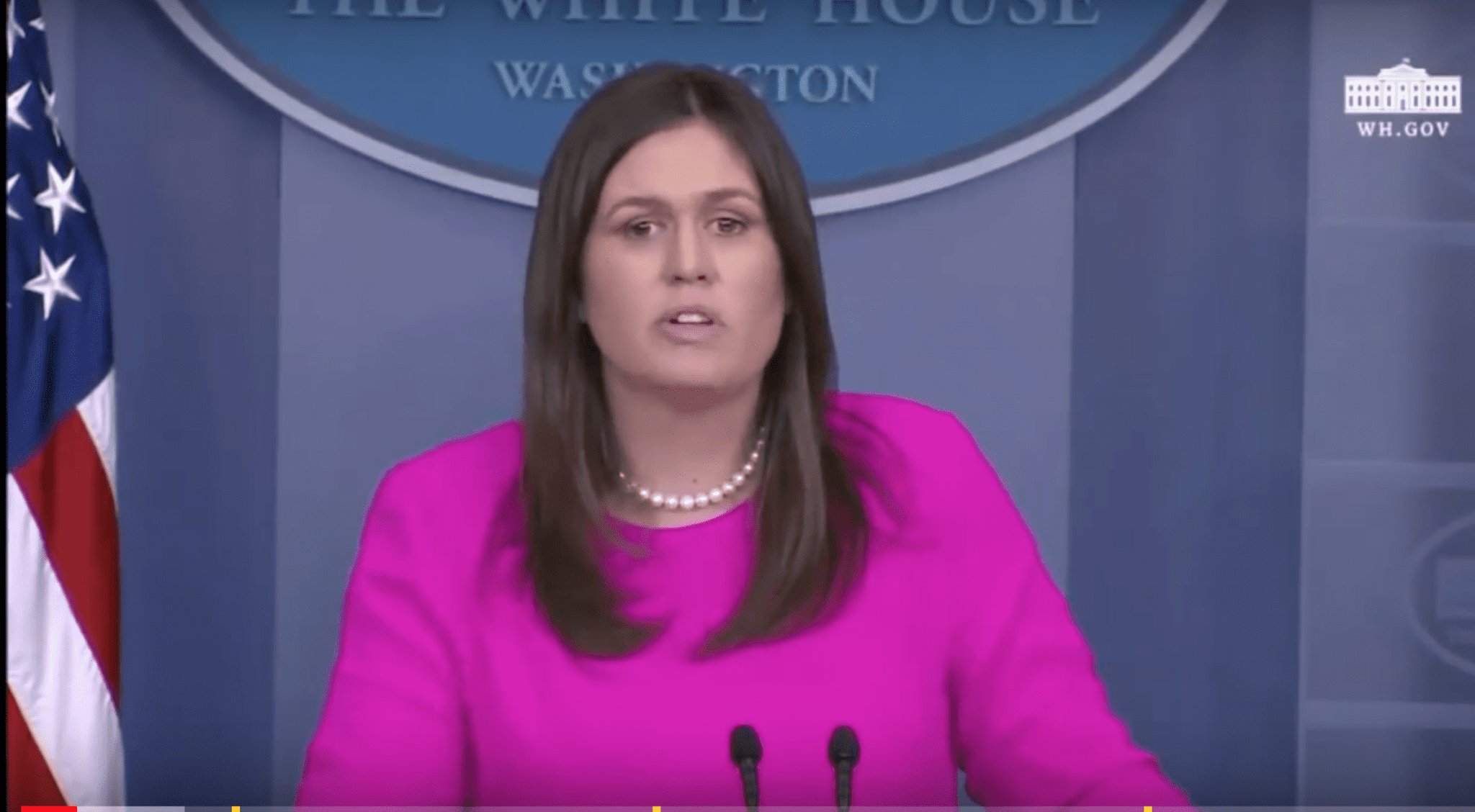 A restaurant refusing service to Donald Trump’s press secretary Sarah Huckabee Sanders and her family represents the beginning of something more ominous.

“This is all going to get more extreme,” Hamilton Nolan writes at SplinterNews, a division of Univision. “And it should.”

Nolan envisions a repeat of the 1970s. He does not mean streaking at awards ceremonies or mass destruction of disco records at ballparks. He specifically cites the “thousands of domestic bombings” that occurred annually throughout much of the 1970s.
Bryan Borrough explains in Days of Rage, a history of the era’s radical bombing campaigns, that “radical violence was so deeply woven into the fabric of 1970s America that many citizens, especially in New York and other hard hit cities, accepted it as part of daily life. As one New Yorker sniffed to the New York Post after an FALN attack in 1977, ‘Oh, another bombing? Who is it this time?’ It’s a difficult attitude to comprehend in a post-9/11 world, when even the smallest pipe bomb draws attention of hundreds of federal agents and journalists.”

Donald Wofford, the case agent assigned to the FBI’s investigation of the FALN (the spelled-out acronym translates to Armed Forces of National Liberation), notes that although many early bombings by the Puerto Rican Communist group caused publicity rather than serious injury, the group ultimately killed five people and maimed dozens. Although some urban denizens became numb to the explosions, others remained terrified.

“They have always claimed that they put down the bombs and took very careful procedures while they were doing it not to hurt anyone,” Wofford tells The American Spectator. “The truth is they put the bombs down and left the area and they had no idea who might walk by.”

And in the case of the Fraunces Tavern, the FALN left a bomb in the packed Wall Street-area restaurant. The group intended to kill people and did so.

In addition to the FALN, the New World Liberation Front, Weather Underground, and other left-wing groups planted bombs to gain attention for their causes and to hurt people. Groups occasionally overlapped, such as when Weathermen Judith Clark, David Gilbert, and Kathy Boudin aided the Black Liberation Army in a robbery of a Brink’s truck that resulted in three murders. The Weathermen also provided training in explosives to the FALN, whose bombs bore the same distinctive design as ones planted by the Weather Underground.

“There was a lot of confusion in the early years of the FALN investigation and the latter years of the Weather Underground investigation as to whether or not one or the other group was responsible for the bombings using different names,” Wofford explains. “We now know, with hindsight, the FALN learned how to make the dynamite bombs from the Weather Underground organization. The Weathermen actually showed them how to make the bombs, gave them instructions, and so forth.”

The violent 1970s radicals shared a common denominator in favoring bombs to ballots to obtain their political objectives. One sees today at least a will to do similarly.

“Not being able to go to restaurants and attend parties and be celebrated is just the minimum baseline here,” Nolan writes, doubling down on these sentiments in a later article. “These people, who are pushing America merrily down the road to fascism and white nationalism, are delusional if they do not think that the backlash is going to get much worse.”

Be careful what you wish for. Backlashes create backlashes. The 1970s led directly to the 1980s: tax cuts, anti-Communism, a return of law and order, a retreat from the sexual revolution, and much else not desired by the people planting bombs.

And if those unintended consequences do not dissuade would-be bombers, perhaps considering the fate of Weathermen Diana Oughton, Ted Gold, and Terry Robbins who blew themselves up in a Greenwich Village townhouse transformed into a bomb factory, the FALN’s William Morales who lost an eye, his lips, and nine of his fingers, and the New World Liberation Front’s Maureen Minton who died by an ax wielded by lover and comrade Ronald Huffman.

Bombs sometimes blow up, literally and figuratively, in the faces of bombers.