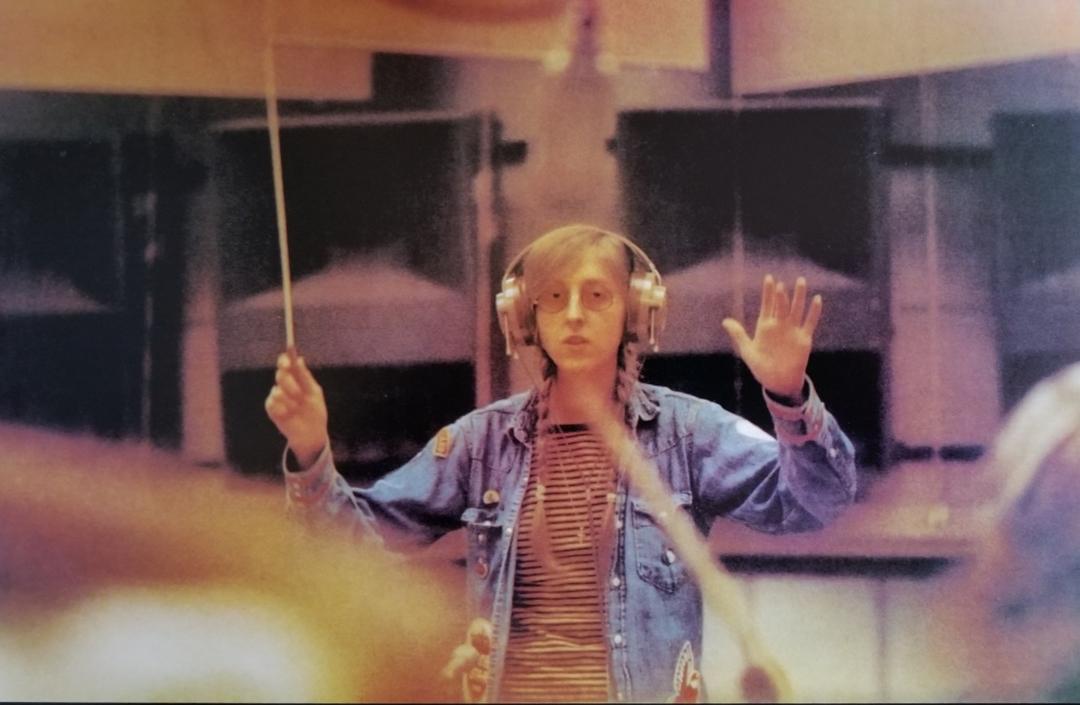 The Lenten season is upon us; time to guide our souls towards the celebration of Easter. Many will fast. Some will pursue devotional study. Myself, I offer to you a humble sort alms by sharing a forgotten (if ever even remembered) music album from 1973, one that you might reflect upon spiritually these next 40 or so days, as well as savor aesthetically.

It’s a tough album to convey to the uninitiated. It’s genius, but idiosyncratic enough it never caught on, AM or FM, secular or Christian. You’ve never heard anything quite like it. It’s not Christian rock (thank God) but you can search for Him in the lyrics and music and maybe find Him. Listening to it back in the day, forty years ago, I was almost blind-sided born-again — almost. The album doesn’t preach or tell you what to think; it does invite and compel you to think. Or at least scratch your head. You think you’re lazing on the couch listening to a folky-something album, when all of a sudden you’re coasting the celestial spheres with angels and light beams and gazing into the infinite.

Imagine The Beach Boys’ Pet Sounds meets Van Morrison’s Astral Weeks meets J.S. Bach and you’ve taken the first small step in getting a slippery handle on Judee Sill’s Heart Food. Or quite reading my fumbling words and get right to it. Listen to it here:

Judee Sill, let it be noted, was the first artist signed by David Geffen for his newly launched Asylum Records, in 1971. Linda Ronstadt had to wait her turn, along with J.D. Souther, Joni Mitchell, Glenn Frey, Tom Waits and others, before being asked to sign on.

A Hollywood producer presented with a screenplay based on Judee’s personal life would laugh it off as over-the-top, unbelievable cliché. “What? A hardcore heroin addict, street hooker, bisexual, finds her own version of God and writes music to make the angels weep and lyrics to make William Blake envy? Gimme a break. That outjoplins Janis. Got any scripts on singing horses?”

Judee (1944-1979) lived her early years in the rough and tumble Oakland, California bar her parents owned, teaching herself to play the piano while, in her own words, drunks beat each other unconscious on vomit-soaked floors. Her father died while she was a child and her mother moved to Los Angeles. Growing up, Judee engaged in frequent and vicious fistfights with her new stepfather.

In high school Judee was attracted to the “bad guys.” She joined up with one and staged a string of armed gas station and liquor store robberies, aiming a loaded pistol at cashiers (with her finger on the trigger), and in a Rolling Stone interview (she was on the cover!) seems to suggest she’d spread the money out on a cheap motel bed and roll naked in it.

But teenagers aren’t the craftiest crooks; she was caught and sent to a Catholic reform/boarding school, becoming the school’s church organist. She fell in love with a guy named Bach… J.S. Bach… and claimed him her primary musical influence. And when she wasn’t playing music with the other wayward girl, they clandestinely watched smuggled stag films.

After her release she studied music at San Fernando Valley Junior College, quit, played piano bars, started dropping LSD, joined a jazz trio, married a jazz musician, and took up heroin. The marriage didn’t last but the habit clung tight. To support it, Judee worked Hollywood Boulevard like a trooper, going from john to the fixer to the john to the fixer all day, fast as she could, stopping only briefly to sleep in an old Cadillac she shared with a few other hookers. In short order she was arrested and jailed, where she reformed. Upon release she focused on songwriting and performing in small clubs on Sunset Boulevard.

She was soon noticed. She wrote a song for The Turtles, “Lady-O,” and for a short stretch opened for David Crosby and Graham Nash shows. Her first album, the eponymously titled Judee Sill, included her first single, the Nash-produced “Jesus Was a Crossmaker,” inspired by her love affair with J.D. Souther, which had gone southerer. You may actually have heard that song as covered by The Hollies, Warren Zevon, and multiple others. The album sold poorly.

And then Judee made the 1973 Heart Food album. With multi-layers of her own vocals, she harmonized with herself. She arranged all the songs and took it upon herself to conduct the strings. She produced the album along with Henry Lewy, who produced many of Joni Michell’s great albums. Listening to Heart Food is a wonderfully haunting experience for the music alone.

The songs are spiritual allegories. None of the preaching-to and relentless, often vacuous God-worship you hear in the Christian rock genre. Her lyrics are filled with timeless, universal imagery; crystal choirs; firey beams of light; wind songs; phosphorous wings; storms of deception; dragons rising from the mists; shadows humming requiems; dry desert bones; soldiers of the heart; flames burning the enemy’s stolen throne. Other than one Greek kyrie, you will look in vain for the words God and Jesus.

Two songs stand out. “The Kiss” is arguably one of the most beautiful love ballads recorded in the last fifty years. You can hear it as a love song between a man and a woman, between a woman and God, or the love between man and woman as blessed by God. Or, why not, all three at once.

Sun, siftin’ thru the grey
Enter in, reach me with a ray
Silently swoopin’ down
Just to show me
How to give my heart away

Heart Food ends with a powerful nine-minute requiem-of-sorts song of repentance, “The Donor.” It’s a lovely, harrowing masterpiece of production that rivals Brian Wilson’s “Good Vibrations” or The Beatles’ “A Day in the Life.” Bach would have liked to own a piece of it.

So sad, and so true
That even shadows come
And hum the requiem…
O waters of the moon
Your vapors swirl and swoon
Your wake is wide…
And sorrow’s like an arrow
Shootin’ straight and narrow
Aimin’ true, its sting goes
Reachin’ to the marrow
Silence cried…
Now songs from so deep,
While I’m sleepin’,
Seep in…
Sweepin’ over me
Still the echo’s achin’
“Leave us not forsaken”
Kyrie eleison, kyrie eleison

At the end, out of nowhere, a buoyant, bursting, Scottish jig breaks out: Let’s dance! Jesus is Risen! We’re not forsaken. It’s a daring, brilliant touch.

Heart Food was lauded by the critics, snubbed by market. I don’t know that it failed because it was perhaps incorrectly interpreted as ‘Christian’ music. The lyrics aren’t specifically religious, but more cosmically spiritual (for want of a better term). And besides, gospel rock was a vital, commercial, popularly accepted sub-genre of pop music back in the ’70s. Maybe not even a sub-genre, just part of the pop fabric. Everybody hummed along to The Doobie Brothers’ 1972 “Jesus is Just Alright,” The Impressions’ “Oh Happy Day,” Norman Greenbaum’s “Spirit in the Sky.” Back in the day, Jesus was everybody’s friend. He hadn’t been sub-genred and sub-shunned out of the popular music world.

Who knows why Judee Sill didn’t catch the public’s favor. It didn’t help that, in frustration with poor sales, she blamed David Geffen and personally snubbed him in the act. Or rather, during her own act. On stage, between songs, she dissed him as a “fat fag” or some such. This was when gay men, including Geffen, preferred to stay in the closet. Furious, he immediately dropped her off the Asylum label. There’s some irony here, because Judee was openly bisexual, and reportedly kept a “harem” of sorts of young girls at her home; there’s no record of any close relationships with women.

Judee recorded more songs after being dropped, but was disillusioned by lack of success. No other label produced her music. We don’t know if this played into her drug relapse, which led to death by overdose in 1979. We can appreciate, however, that through her music she struggled hard to search for a heavenly connection, a search that is universal to us all. And we can thank her for sharing that struggle, and all that it might benefit us.

It’s Lent. Give the album a close listen; it might provide fuel for devotional study.