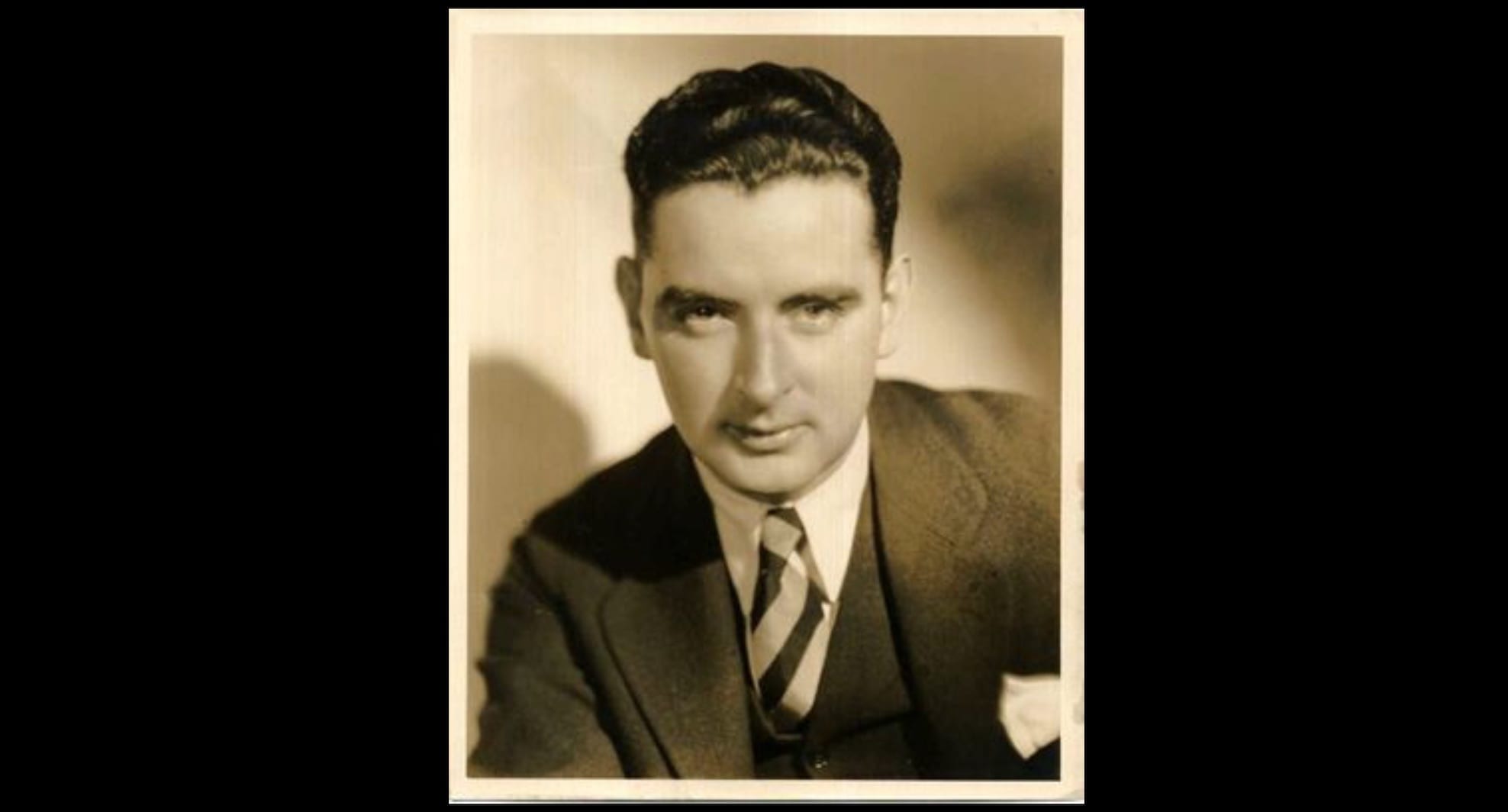 I could not let this year pass without remarking that 2018 marks the 90th anniversary of the publication of a short novel, about 120 pages, that a young man published in 1928, and has seldom been out of print since: Myles Connolly’s debut novel, Mr. Blue. It is appropriate to do so at Christmas because, first, the protagonist, J. Blue, was in awe of the Incarnation and, secondly, because Connolly was an adviser to film director Frank Capra for what has become a Christmas-time favorite, the 1946 It’s a Wonderful Life.

It is said that many high schools and colleges, presumably Catholic, made Mr. Blue required reading at one time. It was not required in my Catholic high school in the late 1960s. Maybe it wasn’t necessary. It was one of two books that I recall my classmates made so much buzz about that I read them to keep up with what my peers were reading. (The other was James Michener’s Bridge at Andau (1957) about the Hungarian anti-Communist uprising.)

The sole scene in Mr. Blue that I have remembered all these years was that of the consecration of bread by “the last Christian” in a dystopian, apocalyptic future. I was reminded of this scene when I read a book by Venerable Francis-Xavier Nguyễn Văn Thuận(1928-2002). In 1975, six days after he had been appointed Coadjutor Archbishop of Saigon, that city fell to the Communists and he was imprisoned in a re-education camp for the next 13 years, nine of them in solitary confinement. He described how he secretly obtained minute amounts of bread and wine, secretly consecrated them (as the character in Mr. Blue had done), and secretly distributed them to a few loyal Catholics.

One reader who really caught the Mr. Blue bug is Stephen Mirarchi, a college professor. A student read Mr. Blue and told Mirarchi he had questions. Mirarchi read it and then taught it in his “Christianity and Literature” class in the fall of 2014. Mirarchi said he taught G. K. Chesterton’s (1874-1936) 1923 biography of St. Francis of Assisi and Mr. Blue, a modern St. Francis story.  J. Blue received an inheritance of $2 million but gave it all away and embraced Lady Poverty, living in a crate on a Manhattan rooftop. Furthermore, Jesuit Father John Breslin, in a 2002 article in Boston College Magazine,has contrasted the protagonist J. Blue with that of Jay Gatsby in F. Scott Fitzgerald’s The Great Gatsby, published in 1925, three years before Mr. Blue.

Mirachi went deeper yet into Mr. Blue, writing an introduction to a 2016 edition. Since then, he has written introductions to two more of Myles Connolly’s novels, Dan England and the Noonday Devil (Nov. 2017) (a story of man suffering from acedia, a spiritual disability) and The Bump on Brannigan’s Head (May 2018) and he has plans to write introductions for Three Who Ventured (1958) and a collection of short stories, The Reason for Ann (1953). These introductions include annotations, literary context (such as Irish literature), and literary structure.  Here’s one example: Mirarchi’sfavorite use of Scripture in Mr. Blue was the comparison of J. Blue’s rooftop crate to the fog-covered tent that Moses would enter to meet the Lord (Ex 33:7-9).

The narrator of Mr. Blue is a friend, a man of business, older than Blue. He visits him, more than a few times. He has seen the changes in J. Blue’s life. He knows Blue flies kites, releases balloons, loves brass bands, loves movies. He knows of Blue’s joy, of his exuberance. He listens closely to Blue who says things like:

In addition to being the 90th anniversary of the publication of Mr. Blue, 2018 marks the 100th anniversary of Connolly’s graduation from Boston College. He was born in 1897 in Roxbury, outside Boston. He attended Boston Latin School. At BC, he edited the college’s literary magazine, the Stylus (founded in 1882 and still extant). After graduation, he served in the Navy during World War I. He then worked for the Boston Post (1831-1956) as a reporter and then as editor of the Sunday paper. In 1924, he began four years as editor of Columbia (founded 1921), the magazine of the Knights of Columbus (founded 1882). During those four years, Chesterton contributed regularly to Columbia. Connolly had first written about Chesterton in 1921 and undoubtedly read his biography of St. Francis before he wrote Mr. Blue. Connolly dedicated the 1928 book to Agnes Bevington of Nashville, an esteemed concert pianist in New York. Remarkably, at the time of the dedication, Agnes was not yet his wife. They married in May, 1929, after four years of courtship. They would have five children.

A year earlier, in 1928, Connolly was recruited from Columbia by Joseph Kennedy (father of John F., Robert, and Ted) to become a screenwriter and producer in Hollywood with Kennedy’s RKO Pictures which had just been formed after the invention of “talkies” (movies with soundtracks).

In Hollywood, Connolly soon met director Frank Capra (1897-1991). The men, born the same year, had a close association, both professionally, as detailed in Capra’s 1971 autobiography, The Name Above the Title, and personally — Connolly became the godfather to Capra’s three children.

I mentioned at the outset Connolly’s contribution to It’s a Wonderful Life. According to Professor Mirarchi, he wrote or produced 40 films, including:

Connolly’s works were suffused with Catholicism and the spirituality of the Franciscans, the Jesuits, and the Carmelites. (His sister was a Carmelite nun.) In a 1951 interview with the Boston Pilot, he said, “To me a book is Catholic if it tells in concrete terms man’s relation to his God and to his soul.… Why can’t some of our writers talk more about the adventure of Catholicism?”

In his introduction to the 2005 Loyola Classics edition of the book, Fr. Breslin quoted one of Connolly’s daughters, Ann:

In today’s vernacular, my father believed very strongly that you could be a very strong Catholic without being a wimp. People used to love to gravitate to him. He was a wonderful raconteur. He loved to eat and drink and be merry. He was extremely generous with his money to people who were down-and-out. I could remember on Christmas Day how people would be around our Christmas dinner table. There’d be the cop on the beat because my dad would run into him, or some alcoholic. He had very strong principles for himself and for our family. He never pretended to be perfect, but he would say he’d keep trying.

Connolly died in July 1964, at age 66, during open heart surgery, when open heart surgery was fairly new. An editor of Columbia magazine wrote a remembrance of Myles Connolly for the magazine in 2014, for the 50th anniversary of his death. He related:

Four days before the surgery, [his daughter]Mary, then 20 years old, called and reiterated what she had written to him in a letter: “I don’t know what’s wrong with your heart. Your heart is perfect; it’s the most beautiful heart. Because of you, I understand God the Father’s love for me. I love you.”

By the time of his death, Mr. Blue had appeared in Brazil, England, Germany, Italy and the Netherlands.