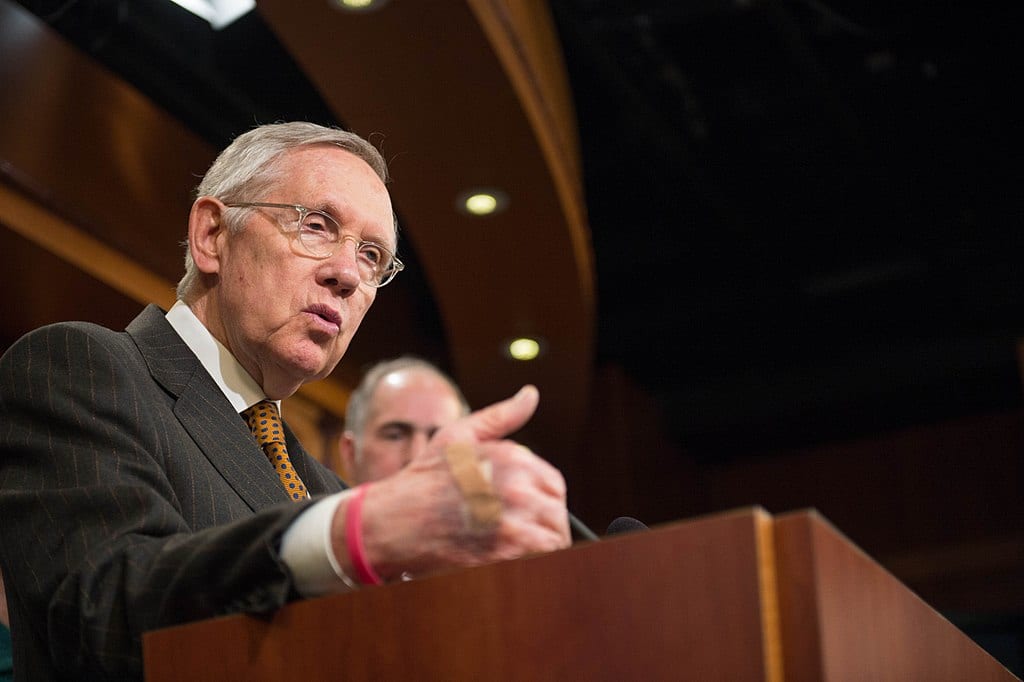 The gift that keeps on giving for President Donald Trump is that his fiercest critics on the left are no paragons of virtue.

A month later, the Senate’s top Democrat claimed on the Senate floor that Romney, the GOP presidential nominee at the time, “has not paid any taxes for 10 years. Let him prove he has paid taxes, because he has not.”

Reid provided no evidence to corroborate his claim. PolitiFact rated the claim “pants on fire” false.

Reid was unrepentant. Sure, he had lobbed a bogus charge without proof, but the ends justified the means. In 2015, when CNN’s Dana Bash told Reid some considered his behavior toward Romney to be “McCarthyite,” Reid countered, “Well, they can call it whatever they want. Romney didn’t win, did he?”

On KNPR, Reid explained that he carefully distinguished between “immoral” — “you do things” like cheat in business or on your wife, and “you feel bad about it” — and “amoral,” meaning “you have no conscience.”

No conscience? As in, “Romney didn’t win, did he?”

In 2012, however, Reid called Romney’s claim that Senate Democrats would work with him a “fantasy” and “laughable.”

Reid’s view on immigration shifted before Schumer’s. In 1993, he introduced the Immigration Stabilization Act to revoke birthright citizenship, which he described as “a reward for being an illegal immigrant.” Reid had a dicey recollection on that score as well.

In October, Reid said that as soon as he proposed that bill, “my wife, Landra, immediately sat me down and said, ‘Harry, what are you doing, don’t you know that my father was an immigrant? She set me straight.”

Yet somehow in the year after he was set straight, Reid wrote a piece for the Los Angeles Times in which he supported the 1993 bill.

Look, this is politics. People say nasty things about each other one season, and then they’re dining on frog legs together the next. And yes, that’s a reference to the post-election dinner between Trump and Romney, when the 2012 nominee thought he had a chance at being secretary of state after dismissing candidate Trump as a “conman” and “phony.”

Reid also told KNPR that after the 2012 election, he met with Romney and they had “a wonderful visit and we shook hands when it was over.”

The definition of amoral is when you have no conscience.