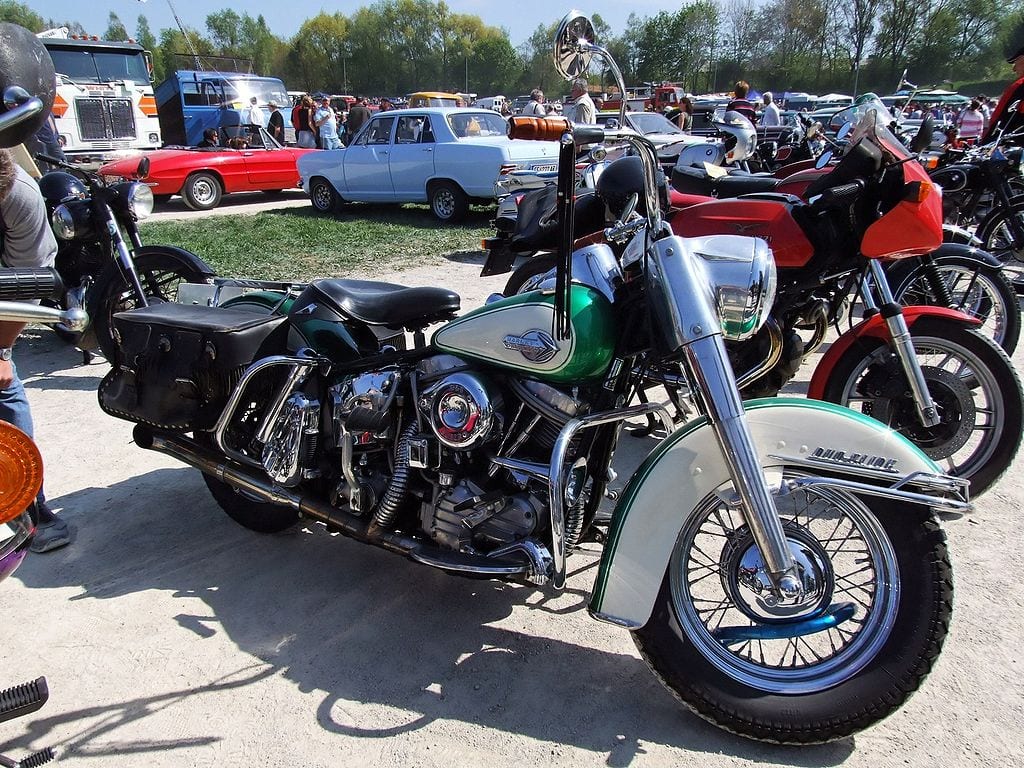 You have to love President Donald Trump. As a businessman he was ruthless in squeezing every last dollar from every opportunity. He famously refused to pay his bills, forcing others to sue him. And he routinely used bankruptcy as a weapon against his creditors. Moreover, to lower costs he produced his products in at least twelve foreign countries, including China — China! — Indonesia, and Mexico. Anything to make a buck.

So it must be karma. The president launched a trade war, which basically means shooting one’s own consumers and producers. Raising costs for Americans. Encouraging other nations to close markets to Americans. When farmers started complaining he promised that somehow or another he would make it up to them. Missouri’s Mid-Continent Nail Corp., America’s biggest nail-maker, is on the verge of closing and he’s said nothing about them.

But he hasn’t been silent about the iconic U.S. motorcycle producer Harley-Davidson. The Trump tariffs are hurting the firm’s bottom line. The latest estimate is that aluminum and steel levies will raise Harley-Davidson’s costs by about $20 million this year, while European Union retaliation will cost the company another $45 million. That’s real money to most people and companies, and is more than ten percent of the company’s annual earnings. The cost for next year will run $90 to $100 million.

But that isn’t all. The president barred American participation in the Trans-Pacific Partnership, which lowered tariffs of other nations more than the U.S. (It also strengthened Washington’s ties with Asian states by excluding China.) But the president, apparently convinced that any agreement negotiated by President Barack Obama must be the worst ever, decided to keep America out. Which also kept foreign tariffs higher, including on U.S.-made motorcycles.

So Harley decided to do what businessman Trump would have done: move productive facilities to Thailand to make more money. Now Harley plans to move more manufacturing overseas in order to sell motorcycles in Europe. To make more money. Just like businessman Trump would have done. Said Harley-Davidson, shifting production to Europe “is not the company’s preference, but represents the only sustainable option to make its motorcycles accessible to customers in the EU and maintain a viable business in Europe.”

What did the president expect? His trade war is as much a war on Americans as foreigners, and no one should be surprised when the victims defend themselves, even against his policy.

Nevertheless, the president is livid. Imagine, they refused to sacrifice their bottom line to bolster his political fortunes! He was reduced to whining, via tweet, of course. This most American of bikes should “never be built in another country — never!” He accused Harley of being “the first to wave a White Flag” in his trade war. The president complained that the company was just using the higher costs as an excuse for doing what it wanted to do anyway.

He apparently feels personally betrayed, even though what would be more Trump-like than taking advantage of such a profit-making opportunity? He explained: “I don’t like that, because I’ve been very good to Harley-Davidson, and they used it as an excuse.” Indeed, in February 2017 he hosted company executives and labor leaders at the White House. At the time he declared: “Thank you, Harley-Davidson, for building things in America.” He said he expected them to expand and he planned “to help you, too, and we’re going to make it really great for business.” They repaid him by… fleeing overseas when his policies raised their costs. Shocking!

He did suggest possible retaliation: “Harley must know that they won’t be able to sell back into the U.S. without paying a big tax!” Indeed, he added that if they leave, “The Aura will be gone and they will be taxed like never before.” So much for that tax cut approved last year. A White House aide said his message was that “If you make decisions to go elsewhere, it’s going to be a problem for their business.”

The Washington Post complained about the president’s “authoritarian reaction.” Sen. Ben Sasse (R-Neb.) declared: “The problem isn’t that Harley is unpatriotic — it’s that taxes are stupid.” Blogger Rob Port complained that Trump’s reaction “sounds like something the Obama administration would do.” After all, Vice President Joe Biden suggested that paying taxes so Washington could hand out the money to favored interests was patriotic. Wrote Port: “Expecting companies to deal with a higher cost of doing business out of some sense of patriotism is absurd.”

That’s all true. Indeed, Harley isn’t likely to be alone in moving. Punishing American firms is a dubious way to promote “Made in America.”

But Harley-Davidson is a special case. The business doesn’t like tariffs today because it is paying them. It had a different opinion thirty-five years ago when the Reagan Administration imposed tariffs on foreign motorcycles, which were paid by American consumers. The purpose then was to bail out the company.

In April 1983 Harley neared bankruptcy. Company executives had staged a buy-out, so the firm lacked deep pockets and carried significant debt. With high labor costs and poor management, Harley was vulnerable to efficient Japanese manufacturers, which dominated the American market. So the Reagan administration raised the bike tariff from 4.4 percent to 49.4 percent. President Ronald Reagan said doing so was “consistent with our national economic interests.”

Unsurprisingly, the company was happy to have the government hobble its prime competitors. Ironically, it’s not clear that the tariffs, which were lifted four years later, contributed much to the firm’s turnaround. More important were internal improvements, such as creating the new Evolution V-twin engine, instituting just-in-time inventory management, and pushing down the rate of motorcycles with defective parts from 50 percent to two percent. By one estimate the increased tariff was responsible for just six percent of higher sales.

But tariffs weren’t the only federal subsidy received by the company. In 2008 and 2009 Harley took out 33 emergency loans through the Federal Reserve’s Commercial Paper Funding Facility worth $2.3 billion. The company was wobbly and relied on cheap federal credit.

Thus, the issue isn’t just Harley using its best business judgment to respond to a worsening economic environment created by the president. The company ran to Uncle Sam for aid, took advantage of trade protectionism to bolster its bottom line, and collected other benefits along the way. After playing Washington for all it was worth, Harley-Davidson now is one of the first companies to shout “outta-here!” The motorcycle maker suddenly is sensitive to the terrible injustice of government arbitrarily imposing disproportionate costs on others. Aid for me but not for thee appears to be Harley’s perspective.

So I’m okay with the president shaking down Harley-Davidson. It’s a bit like watching pharmaceutical companies which backed Obamacare now desperately lobbying against Trump administration efforts to curb drug prices increases. Big Pharma was happy to cut a deal turning American medicine over to Washington in order to sell a few more pills a year. Those who live by government price-fixing also die by it.

President Trump’s trade war will do far more harm than good. However, it has exposed the hypocrisy of American business. Companies love to be protected, but hate to lose business when others win similar aid. If firms want the benefit of trade restrictions, they should be prepared to bear the costs as well.