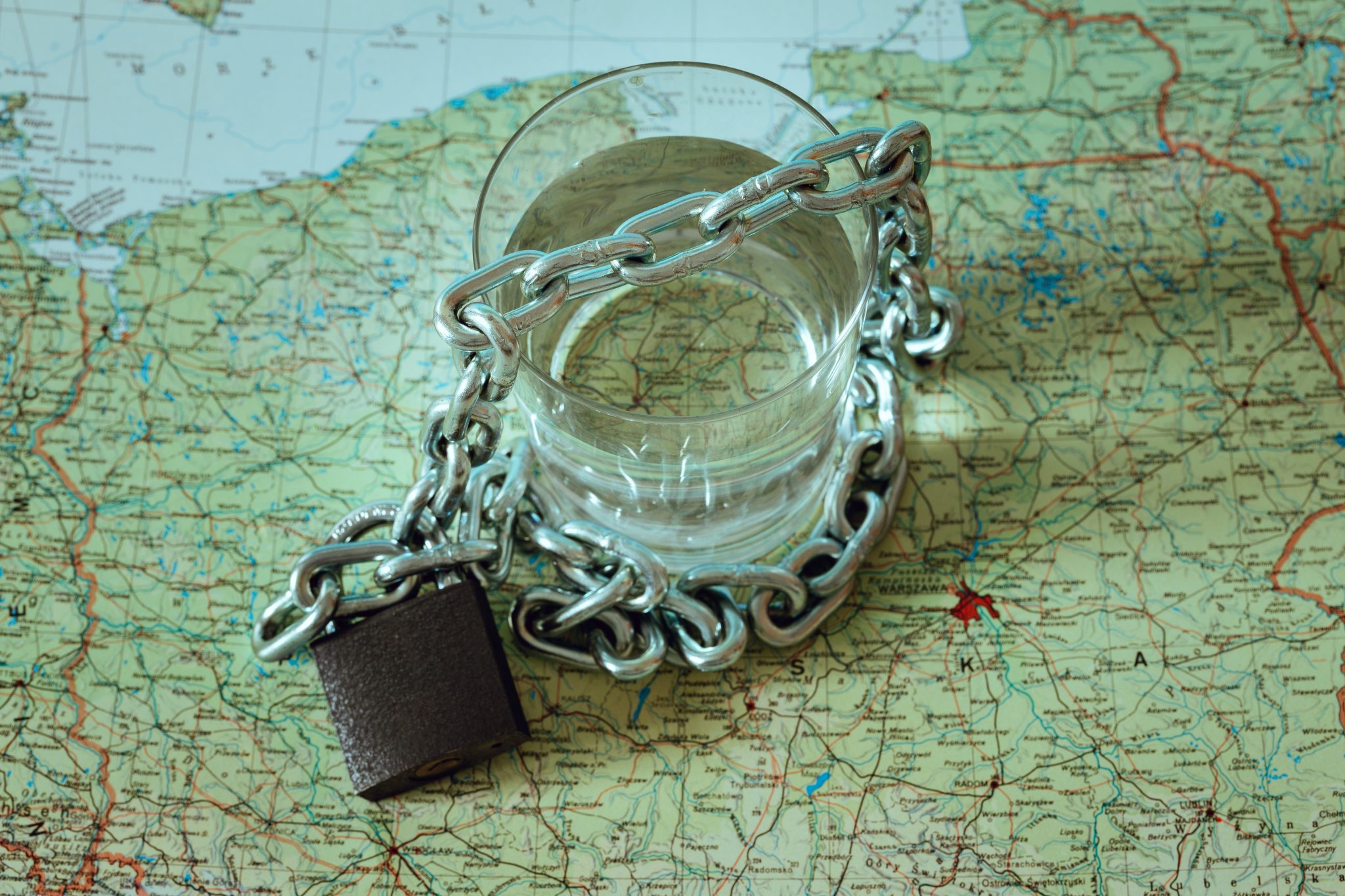 A Polish liquor carrying the unlikely name of Spirytus Rektyfikowany, unlikely at least to Anglophones, made page 1A of Saturday’s Wall Street Journal because many Americans are buying this hearty imported booze to use as hand sanitizer, regular hand sanitizers being about as hard to find these days as toilet paper. The reason this tongue-twister can serve as a hand sanitizer is that it’s 96 percent alcohol. (The story doesn’t say what the other 4 percent is. Maybe the fire marshal knows.)

I’d never heard of 96 percent alcohol booze before. That’s 192 proof in American. Geez, you could probably get a buzz on just from reading the label. Online potential buyers of this brand are advised its best use is as a mixer or base for liqueurs. It’s also suggested that it not be taken neat. Sound advice. It might well cauterize one’s esophagus taken full Monty. If this one is very popular in Poland taken straight, there must be Poles walking around with livers so hard a coyote wouldn’t eat them. (A couple of knocks of this and one could surely Gdansk all night.) This stuff could also work as paint stripper and fingernail polish remover. And I wouldn’t leave dentures in it overnight. They might be dissolved before reveille.

Apparently strong booze is not unheard of in Poland. At the first place my first wife and I lived, our landlord was from Poland. His last name was easy to say but impossible for gringos to spell. It was full of Zs and Ys, even the odd C, in places that struck my Anglo mind as eccentric. When I gave him the rent check each month, I let him fill in his name after “Pay to the order of … ” He was a friendly chap. His quarters were in the back of the building where my wife and I occupied the front portion. He kindly had me in one afternoon about happy hour time for a drink. He poured me a small tot of an egg-based Polish liqueur, which carried a long name I wouldn’t even try to spell. Lots of letters, almost all of them consonants. It had a colorful label featuring the Polish eagle. It was pleasant enough, though it packed a hot punch and made my hair stand up. (I had hair then.) Save for a lingering egg smell, this one might serve as a hand sanitizer, too.

For the duration of Corona Gulag, I think I’ll stick to middling cabernets and the occasional wee dram of single malt. As a son of the South, I might also throw in a knock or two of bourbon from time to time. (Not all in one evening, of course. Hangovers will not make house arrest more endurable.)