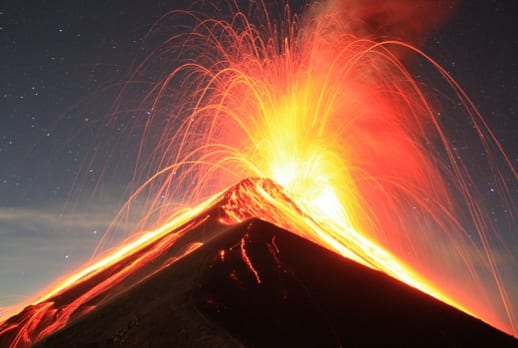 A seemingly odd fireman is fighting fires in Guatemala—Israel. Even before Guatemala’s Vulcan del Fuego resumed its restless sleep Sunday evening, Israel issued emergency aid from its embassy including $10,000 for medical purchases. The pyroclastic flow that erupted from Vulcan del Fuego slammed into the village of El Rodeo at the base of the volcano, killing at least 69. Due to the close proximity of the volcano to Guatemala City, some 1.7 million people have been affected. In response to the tragedy, President Jimmy Morales declared three days of national mourning.

In light of Guatemala’s recent recognition of Jerusalem as the capital of Israel, in solidarity with the United States, Israel’s foreign aid actions are hardly surprising.  Israel will support those who support her. Yes, the small amount of aid is largely symbolic. However, linking the two states by mutual policy hints at better diplomacy between the United States and Latin America in general.

While many have bemoaned US relations south of the Rio Grande since the ascendancy of Trump, Guatemala is proving that relationships are a two-way street. As Michael McCarthy of American University said in The Hill, “The overall trend is that Latin American leaders are scared of getting on Trump’s bad side because he’s so impulsive he can decide to shut down aid programs.” Indeed, the movement of both Guatemala’s and Paraguay’s embassies to Jerusalem reinforces this notion. While Trump wants Latin American to play ball on his terms, as seen in his absence at the Summit of the America’s and numerous inflammatory exchanges with Mexican politicians, some in Latin America are willing.

The closer relationship is not just about keeping President Trump happy—similarities between US and Guatemalan foreign policies are also derivatives of demographics. Both nations boast large evangelical populations with a political punch. Indeed, Guatemala and Honduras have seen a rapid rise of Evangelical congregations versus Catholicism. As demographics change, so do policies. As a protestant evangelical, Morale’s actions follow his voter base. Just as in the United States, these Latino evangelicals are vocal supporters of Israel and have created powerful lobbyist groups such as the Latino Coalition for Israel (LCI) like the US’s Christians United for Israel (CUFI) and American Israel Public Affairs Committee (AIPAC).

The growth of an evangelical population in Latin America presents, perhaps for the first time since FDR’s “Good Neighbor Policy,” a real path forward in US-Latin American relations. Israel’s response to Vulcan del Fuego tragedy, while noble, must be seen in this context. Perhaps, with time and patience, a new relationship will bloom built upon mutual policy goals.