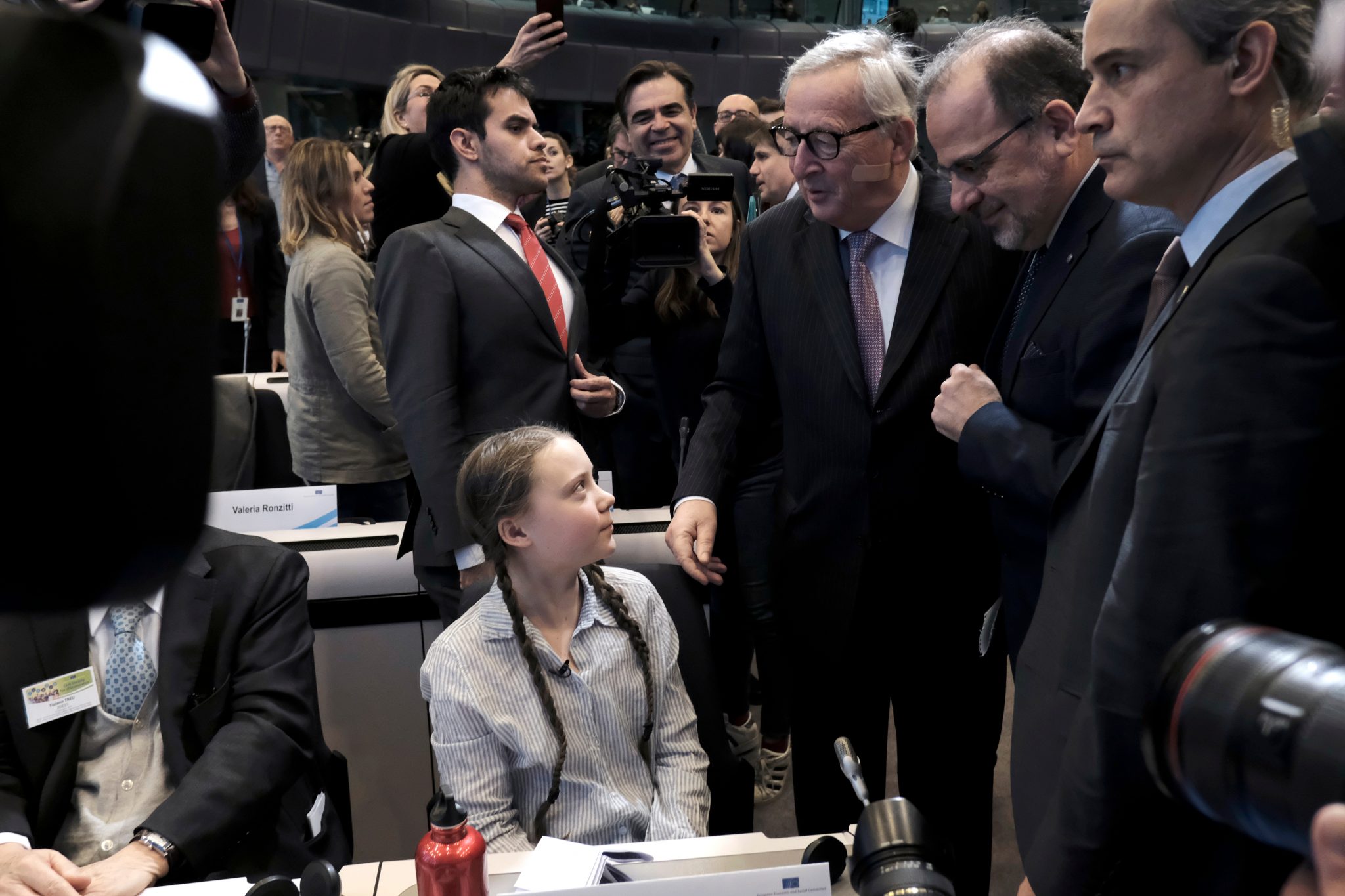 Tuesday night saw a firehose-style stream of ridiculous statements and ironic positions taken by the Democrat presidential nominee. But it’s hard to even fault Joe Biden for that, seeing as though he comes from a political movement that lives by the grift.

There was a time when Democrats were the party of the working man. Democrats, at least some of them, were the coal miners, the auto mechanics, the electricians.

Now? Now, they’re the lobbyists, the PR consultants, the diversity coordinators, and the nonprofit apparatchiks.

That party is fronted almost completely by people who don’t exist in the productive economy. The most productive Democrats in the private sector are in tech or the creative industries, but the bulk of the folks who really make the wheels turn don’t create a thing.

Joe Biden has spent 47 years in that realm. Elected to the Senate at age 29 just a few years out of law school, largely on a false narrative about his brilliant academic achievements, he’s done nothing but move other people’s money around to allies and favorites.

Biden at least got elected by the people of Delaware. So many of the movers and shakers on the left aren’t elected by anybody. With a lot of them you aren’t even allowed to know who they’re working for.

Take the environmental movement, as a perfect example. The enviros make nothing that anybody wants or needs. In fact, they spend all their time attempting to stop other people from making things people want and need.

There’s an entire fake industry that has sprung up out of a governmental impulse, fed by lobbyists and PR consultants and other spin doctors, to take money from taxpayers, rate payers, and other users of energy and feed it into zombie businesses that aren’t otherwise competitive in the marketplace. This industry depends on demonizing fossil fuels and the companies who extract them. Because if the public were to fully appreciate the good the oil and gas industry has done for America’s and the world’s economy, it would be very rare that anyone would consent to paying extra for an electric car or wind or solar power.

Consider the “climate change” movement. Thankfully, we appear to be beyond the Greta Thunberg moment, but Thunberg’s 15 minutes of fame was a shining example of how desperate the anti-fossil fuel crowd is to hornswoggle the public into buying their agenda. They took a mentally disturbed adolescent from a theatrical family, enabled her to act out in entirely antisocial ways, and set her loose on the world to scold, harangue, preen, and childishly emote in pursuit of their agenda in the knowledge that responsible adults would be mostly too polite to slap down her sideshow as absurd.

Which isn’t to say they aren’t good at what they do. If I asked you what primarily heats the planet, 20 years ago your answer would be obvious. Now? You might have to think about it, and specifically you’d have to think about what you’re allowed to say. Of course the answer is that the sun is what primarily heats the planet, and given that the sun is a giant ball of nuclear explosions the amount of radiation Earth receives as heat will tend to vary from time to time, and that variance will make our temperatures warmer or colder. None of this has anything to do with oil and gas, but for 20 years you’ve heard so much propaganda and for 20 years there has been so much money invested in the global warming narrative that people are afraid to call “climate change” theory out for the absurdity it is.

Even despite the fact that the most enthusiastic global warming grifters keep making ridiculously absurd, apocalyptic predictions about the end of the planet’s habitability that magically fail to come true as the deadlines come and go with nothing much to show for them.

But the grift continues.

And you aren’t allowed to peel back the curtains and examine the grifters, are you? The best grifters always come out of nowhere.

Here’s a terrific example a friend of mine, who works as an energy regulator for a southern state, recently brought up. There is a vaporous entity called the Energy and Policy Institute (EPI), which bills itself as a watchdog specializing in bashing the oil and gas industry for “fake science” and propaganda in search of profit. EPI doesn’t have a physical address, operating out of a post office box in San Francisco. Nor does it exist as a juridical person, to the best anyone can tell. It isn’t registered as a 501(c)(3) or (c)(4), it doesn’t file statements as a nonprofit, it isn’t a registered business in any state. Its website is registered with a privacy-protection firm based in Panama.

The Center for Accountability (CfA) noticed that EPI puts out a never-ending stream of attacks on oil and gas companies for having done “shady” polls and other political shenanigans designed to move public opinion in favor of its industry. And yet the hypocrisy involved in an organization that won’t even disclose where they come from or how they’re funded seldom seems to surface. Especially not from the legacy media organizations who regularly cite press releases and media avails EPI’s small number of employees, who all come from organizations like Greenpeace, the Sierra Club, and the Center for American Progress and mostly come from backgrounds in political communications, spit out machine-gun style.

But who funds these guys?

The solar industry, that’s who. That’s who they shill for. They’re very active at the state level attempting to redistribute money, in the form of subsidies, from electric utilities and their customers into the hands of dealers in solar panels, most of whom get their products from China. Those panels aren’t cheap, but the sales pitch to homeowners who would install those panels on their roofs is that between state legislatures and utility regulators, they can carve out subsidies that allow the excess power put out by those solar panels to be retailed back to the utility at prices it would never consent to pay on the open market.

Because it’s good for the environment. At least until you look at what goes into the manufacture of those solar panels.

Higher electric rates, which disproportionately affect the poor and the working class, are what pay for those subsidies the well-to-do are raking in, in the places where the solar industry has been most successful.

Oh, but EPI screams that they don’t shill for any solar companies. When CfA’s Daniel Stevens wrote a blistering riposte to EPI at the Washington Examiner three years ago noting they were a front for the solar industry, EPI’s executive director David Pomerantz howled that “The Energy and Policy Institute does not accept and has not received funding from any corporations or trade associations. Our work is funded by environmental foundations interested in addressing the threat posed by climate change, as the author could have seen on our web site, which notes that we do not accept corporate funding.”

Always keep those shells moving. Never show them the peanut.

Another employee of EPI, an Alabama man named Daniel Tait, is known for filing FOIA requests seeking communications of energy regulators around the South. Tait aroused the curiosity of Alabama’s Secretary of State John Merrill earlier this year, and Merrill asked him to provide some pretty basic information:

Does this remind you of anything?

Like, for example, when a certain presidential candidate gets asked about packing the Supreme Court? Or how his son managed to pull $3.5 million in a wire transfer out of the ex-wife of the former mayor of Moscow, or pocket $1.5 billion in private equity capital from Chinese communists, or reel in an $83,000-per-month board seat from a crooked Ukrainian quasi-governmental natural gas firm? Or whether he’ll condemn Antifa for burning down Portland, Seattle, Minneapolis, Kenosha, Chicago, or the other cities — or why he didn’t ask the local Democrats in control to put a stop to the violence he now falsely alleges came from the Proud Boys?

It’s the grift, man. The grift is everything, and you must protect the grift.

Because if you don’t, the money and the power dry up, and that’s when you find out how much it sucks to have to find a real job when you have no skill to do productive work.