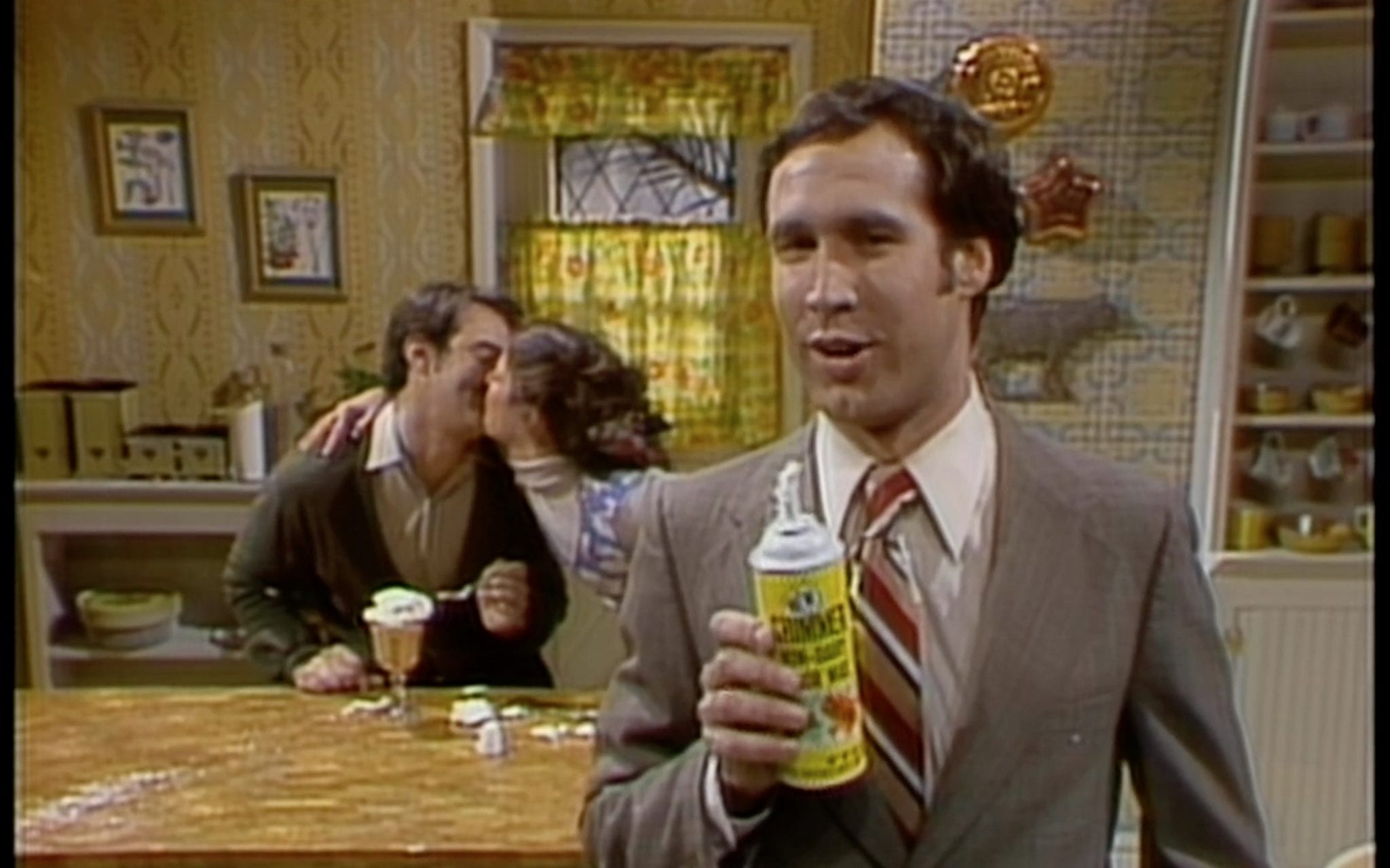 Alexandria Ocasio-Cortez, the charming, effervescent, social-media-savvy freshman Democratic congresswoman from New York, has set the progressive punditry world aflame with her audacious plan for a “Green New Deal” (GND). “Why the Best New Deal Is a Green New Deal,” trumpets the Nation. “The Democratic Party Wants to Make Climate Policy Exciting,” proclaims the Atlantic. “The Game-Changing Promise of a Green New Deal,” touts the Intercept. “How Alexandria Ocasio-Cortez’s ‘Green New Deal’ Might Help Save the Planet,” professes the putative men’s magazine GQ.

I have to give Ocasio-Cortez credit, she knows how to play this class like a Stradivarius, but what exactly is the Green New Deal?

“Many people ask what a Green New Deal entails,” Ocasio-Cortez wrote on Twitter. “We are calling for a wartime-level, just economic mobilization plan to get to 100% renewable energy ASAP.”

“This is going to be the New Deal, the Great Society, the moon shot, the civil-rights movement of our generation,” she doubled down at a town hall event.

Ocasio-Cortez’s draft proposal, as no actual legislation has been introduced yet, includes the aforementioned goal of 100 percent renewable-generated electricity nationwide by 2030, “eliminating greenhouse gas emissions from the manufacturing, agricultural and other industries,” as well as “transportation and other infrastructure,” and “upgrading every residential and industrial building for state-of-the-art energy efficiency.” But wait! There’s more!

Simply put, the Green New Deal will be every economic policy progressive Democrats have been salivating for, wrapped into one package. It’s the Shimmer Non-Dairy Floor Wax of big government progressivism — it’s a floor wax and a dessert topping! (If you don’t know the reference, you really should be spending more of your time watching old Saturday Night Live reruns, back when the show had a sense of humor.)

The GND would be “paid for” through “the same ways that we paid for the 2008 bank bailout and extended quantitative easing programs, the same ways we paid for World War II and many other wars.” In laymen’s terms: borrowing a ton of money, printing a ton of money, and taxing the hell out of the wealthy (say, a 70 percent top rate, according to Ocasio-Cortez). Oh, and probably an inherently regressive carbon-dioxide tax too, just to make sure the bougies and the proles get nudged in the “green” direction.

Although Green New Deal salespeople love to tout how its brand-new product will fight “catastrophic” climate change, supposedly preventing it from becoming an extinction-level event, that messaging is just designed to get you in the showroom. The real purpose of the GND is to fundamentally warp and transform American society to fit progressives’ grandiose vision of what it should look like. Progressives would want to do all these things even if no one had ever heard of climate change.

Needless to say, there’s a lot of ridiculous to unpack here, and only the space to offer a cursory critique. But keep in mind that the left-leaning Urban Institute estimated the cost of a Medicare for All program that undoubtedly would be a part of the GND to be $32 trillion over 10 years. That carbon dioxide tax that comes standard with the GND would likely cost between $4.2 and $6 trillion over 10 years, depending on the tax level the neo-braintrust deems appropriate. My Heartland Institute colleague/whipping boy Justin T. Haskins estimates the cost of upgrading the 136 million housing units in the United States to “state-of-the-art energy efficiency” on the low end to be more than $1.3 trillion. The cost to do so to 7.7 million business establishments would no doubt also run into the hundreds of billions. Bridgewater Associates recently estimated a universal basic income of just $1,000 a month would cost $3.8 trillion a year.

Also keep in mind as a harbinger of things to come that the states that mandate the generation of electricity through renewable power such as wind and solar (and most of these mandates top out at around just 30 percent generation) had retail electricity prices 26 percent higher than those states without a mandate. A recent study found in just 12 states, the total net cost of the renewable energy mandates was $5.76 billion in 2016 and will rise to $8.80 billion in 2030.

Is transitioning to a 100 percent renewable-based energy sector in 11 years even achievable? An analysis by 21 scientists and academicians published in the Proceedings of the National Academy of Sciences in 2017 offered a thorough demolition of the idea the United States could get to 100 percent renewables by 2050, let alone 2030.

“While it’s great to talk about wind and solar in theory,” the authors stated, “the reality is that the electrons that they generate have to be sent through wires and transmission stations to satisfy needs at particular places and at particular times — or else, we’ll have to come up with a way of storing electricity on a large scale, which remains a mostly unsolved problem right now. And critics have contended that while you can add some wind and solar to the grid without any problem, if you add too much, it can be destabilizing and the electric grid will always require some so-called ‘baseload’ sources of energy, like nuclear or coal or gas, which generate power continuously, rather than intermittently depending upon the availability of the sun or the winds.”

What to do with all those out-of-work employees from the fossil-fuel industries? According to PricewaterhouseCoopers, the oil and natural gas industries alone supported 10.3 million jobs across the United States in 2015, providing more than $714 billion in labor income and $1.3 trillion in value added. The average wage paid by the natural gas and oil industry, excluding retail station jobs, was $101,181 in 2016, which was nearly 90 percent more than the national average. The coal industry directly employs roughly 100,000 people, with an average salary around $82,000. Think all those guys and gals are going to love seeing those jobs wiped out, and that whatever job retraining and make-work schemes the GND cooks up are going to put them in meaningful positions that pay that well for that many?

Lastly, what about climate change? Is so large a program as the GND even necessary? Would it even have a worthwhile impact on climate? The simple answer is no.

Back when he was Secretary of State in 2015, even John Kerry himself said “the fact is that even if every American citizen biked to work, carpooled to school, used only solar panels to power their homes, if we each planted a dozen trees, if we somehow eliminated all of our domestic greenhouse gas emissions, guess what — that still wouldn’t be enough to offset the carbon pollution coming from the rest of the world.” [Emphasis added.]

Kerry is absolutely right. Any environmental benefits a plan like the GND might produce would be effectively meaningless without concomitant legislation enacted throughout the rest of the world. A nationwide carbon-dioxide tax that reduces U.S. emissions to zero by 2050, let alone 2030, would only avert global temperature by a paltry 0.2 degrees Celsius by 2100.

But in a world where, outside of the United States, global emissions have never been higher and are being driven by developing nations looking for their place in the sun, and even developed nations don’t seem to have any qualms about missing their emissions reduction targets under the Paris Climate Accord, why should we be the only country to so thoroughly hamstring itself? France can’t even raise a simple gas tax without Parisians going full soixante-huitard, and we are supposed to fully decarbonize our economy?

The fact is air quality in the United States has dramatically improved over the past half century as fossil-fuel use has substantially increased. As Kathleen Hartnett-White and Brent Bennett of the Texas Public Policy Foundation point out in a recent report, “From 1970 to 2017 the aggregate emissions of the six criteria pollutants identified in the Clean Air Act have declined by 73 percent. This improvement has occurred alongside a 262 percent increase in Gross Domestic Product (GDP), a 189 percent increase in vehicle miles traveled, and rising population and energy consumption.”

Further, the Environmental Protection Agency (EPA) notes coal-fired power plants equipped with advanced emission control technologies saw an 82 percent decrease in nitrogen oxide emissions between 1995 and 2017, while sulfur dioxide (SO2) emissions were down 89 percent over that same period. More recently, the Energy Information Administration reported natural gas use increased by 26 percent between 2006 and 2016, while over that same period EPA noted nitrogen dioxide emissions decreased by 21 percent and SO2 emissions decreased by 66 percent. EPA’s latest “Greenhouse Gas Inventory” notes methane (CH4) emissions from natural gas and petroleum systems decreased by 14 percent from 1990 to 2016, even as production in these two industries increased by 50 percent and 21 percent, respectively. Even carbon dioxide emissions fell to an almost 70-year low in the United States in 2017.

If climate change were really the existential threat to humanity that Ocasio-Cortez and other progressives assure us that it is, if they truly believed they were the Cassandras of this issue, if the issue were that pressing, if the end was truly nigh, then the Green New Deal would not contain provisions for universal health care or basic income or to mitigate “deeply entrenched racial, regional and gender-based inequalities in income and wealth.” Its full, narrow, single-minded, dogged purpose would be to prevent that catastrophe from happening — not for providing a progressive Utopia.

No, the purpose of the Green New Deal is to advance the entire progressive policy wish list in a neat and tidy omnibus package using the messaging of Doomsday to sell it to a public normally skeptical of the hard left’s grandiose plans for social engineering. No matter how they package it, it’s still the same old socialism.

Timothy Benson (tbenson@heartland.org) is a policy analyst with the Heartland Institute, a free-market think tank headquartered in Arlington Heights, Illinois.