by Daniel J. Flynn
Jon Batiste performs at the Great Lawn in Central Park on August 21, 2021 in New York City. Batiste won Album of the Year in 2022 for “We Are.” (Shutterstock/Ron Adar) 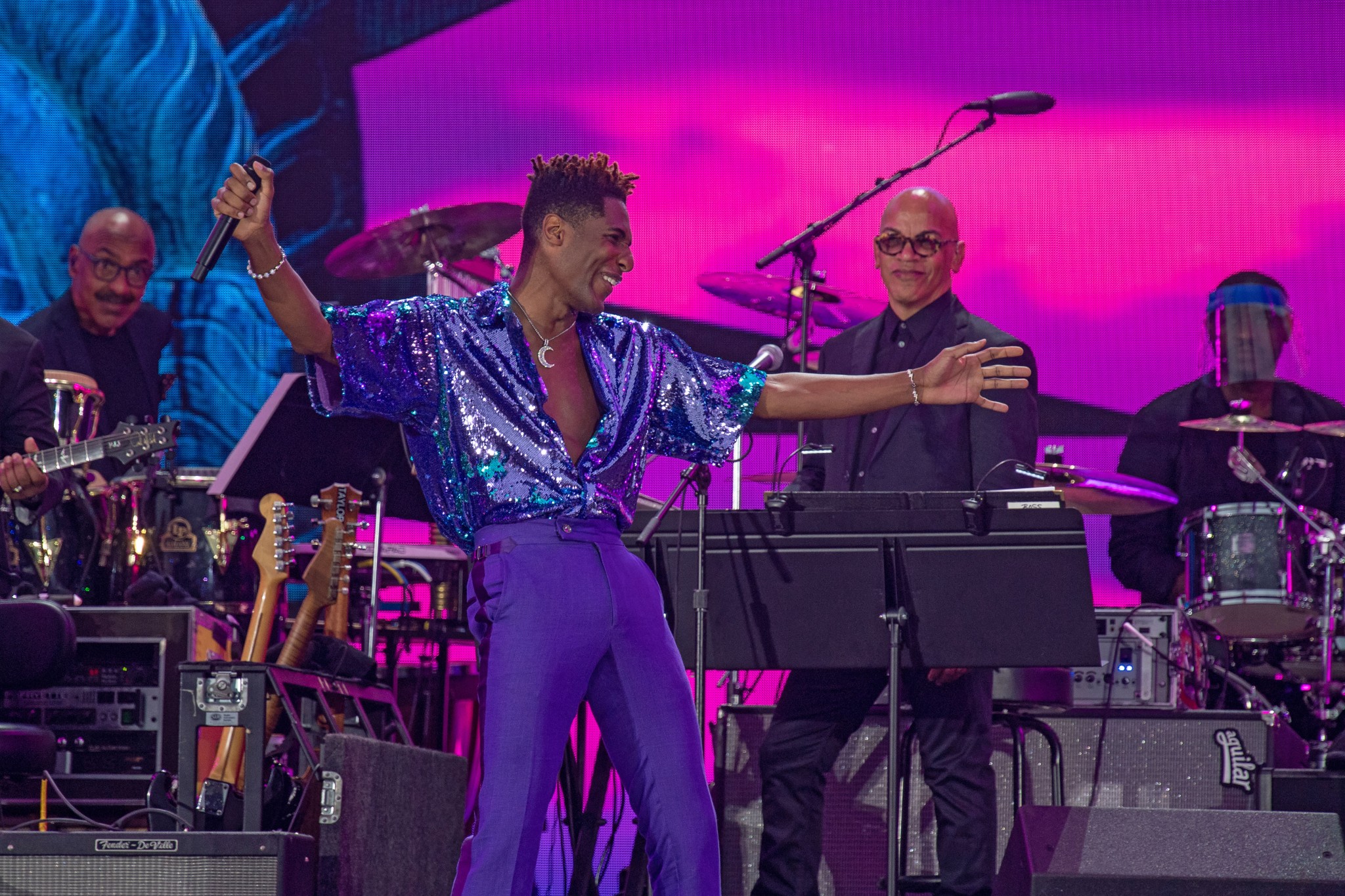 The Grammys, whose non sequitur fixation on politics predictably induced a ratings freefall, added an award for “Best Song for Social Change” on Thursday.

“This Special Merit Award will be determined by a Blue Ribbon Committee and ratified by the Recording Academy Board of Trustees,” a statement read. “Submissions must contain lyrical content that addresses a timely social issue and promotes understanding, peacebuilding and empathy.”

More than 50 million Americans tuned in to the Grammys in 1984 to see John Denver host, Irene Cara perform “Flashdance … What a Feeling,” and Michael Jackson win Record of the Year (“Beat It”) and Album of the Year (Thriller).

This year, in a country with 100 million more people than the one glued to the 1984 Grammys, nine million viewers tuned in to see woke “comedian” Trevor Noah host a show so drowning in politics that its “inclusion rider” mandated racial quotas for its production crew. Grammys CEO Harvey Mason Jr. explained that “diversifying our industry is at the core of every decision we make.”

Was it at the core of awarding Jon Batiste, who works as bandleader on Stephen Colbert’s left-wing late show and as music director for the Atlantic, with Album of the Year for the Black Lives Matter-infused We Are? It peaked at No. 86 on the charts prior to the Grammys. But when you know the right people and genuflect to the right causes, the recognition tends to follow whether or not the public buys your album.

Batiste’s music does not sound terrible or anything like that. So much current music does. That the public this week sent Kate Bush’s “Running Up That Hill,” a song released in 1985 recently played in an episode of Stranger Things, to No. 8 on the Billboard Hot 100 and No. 1 on the iTunes chart tacitly acknowledges this truth. Know any numbers from 1948 that entered the top 10 in 1985? People prefer stale bread to fresh vomit.

So, selling an awards show on popular music during a time when popular music just isn’t very popular — can you hum any part of Silk Sonic’s “Leave the Door Open,” the reigning Song of the Year? — seems hard enough without ceding the floor to Ukrainian President Volodymyr Zelensky to give a political speech, as this year’s Grammy Awards bizarrely did.

The message underlying all the political messages conveys the idea that the music industry just does not regard music as all that important. While allegations of another kind of corruption haunt the awards process, a corruption of purpose plagues the entire enterprise. How else does one explain the statement “diversifying our industry is at the core of every decision we make” coming from the guy running a music awards show?

Pod people afflicted by a totalitarian mindset who see politics in anything necessarily inject politics into everything. This does not just turn off the half of the population alienated by the progressive ideology pushed by the Grammys. It turns off people who turned off MSNBC to watch the Grammys only to get MSNBC.

And why the fetishism for change? As anyone who knows the words to “God’s Children,” “20th Century Man,” and “Village Green Preservation Society” grasps, this “Best Song for Social Change” does nothing to enhance the odds that The Kinks finally win a Grammy. Beyond this, change, as the behavior of juveniles and others enduring it attests, causes upheaval. You do not fixate on changing a person you love. Ditto for societies.

People who imagine change as a synonym for betterment seem weirder than Lil Nas X compulsively grabbing his Lil’er Nas X and using the microphone as a phallic symbol as Satanic imagery (as the few people who watched the Grammys saw earlier this spring) looms in the backdrop. Some situations call for change. But prudence allows also for the preservation of the “Sherlock Holmes English-speaking Vernacular” and helps to save “Fu Manchu, Moriarty, and Dracula.”

The great irony about social change involves its rigid and recalcitrant advocates. The Grammys lost more than half its audience in just two years. Thirty-eight years ago, more than five times as many viewers watched the Grammys. Yet the “social change” crowd opts to press the accelerator rather than the brake on imposing politics (of a very narrow type) on music. They could winnow their audience down to one and they would refuse to change. But they so zealously want us to change that they incentivize in artists what they refuse to do in themselves by bestowing an award on a song that best propagandizes change.

“I’m starting with the man in the mirror,” Michael Jackson sang at the 1988 Grammy Awards show. “I’m asking him to change his ways.” That message never quite reached the Recording Academy.