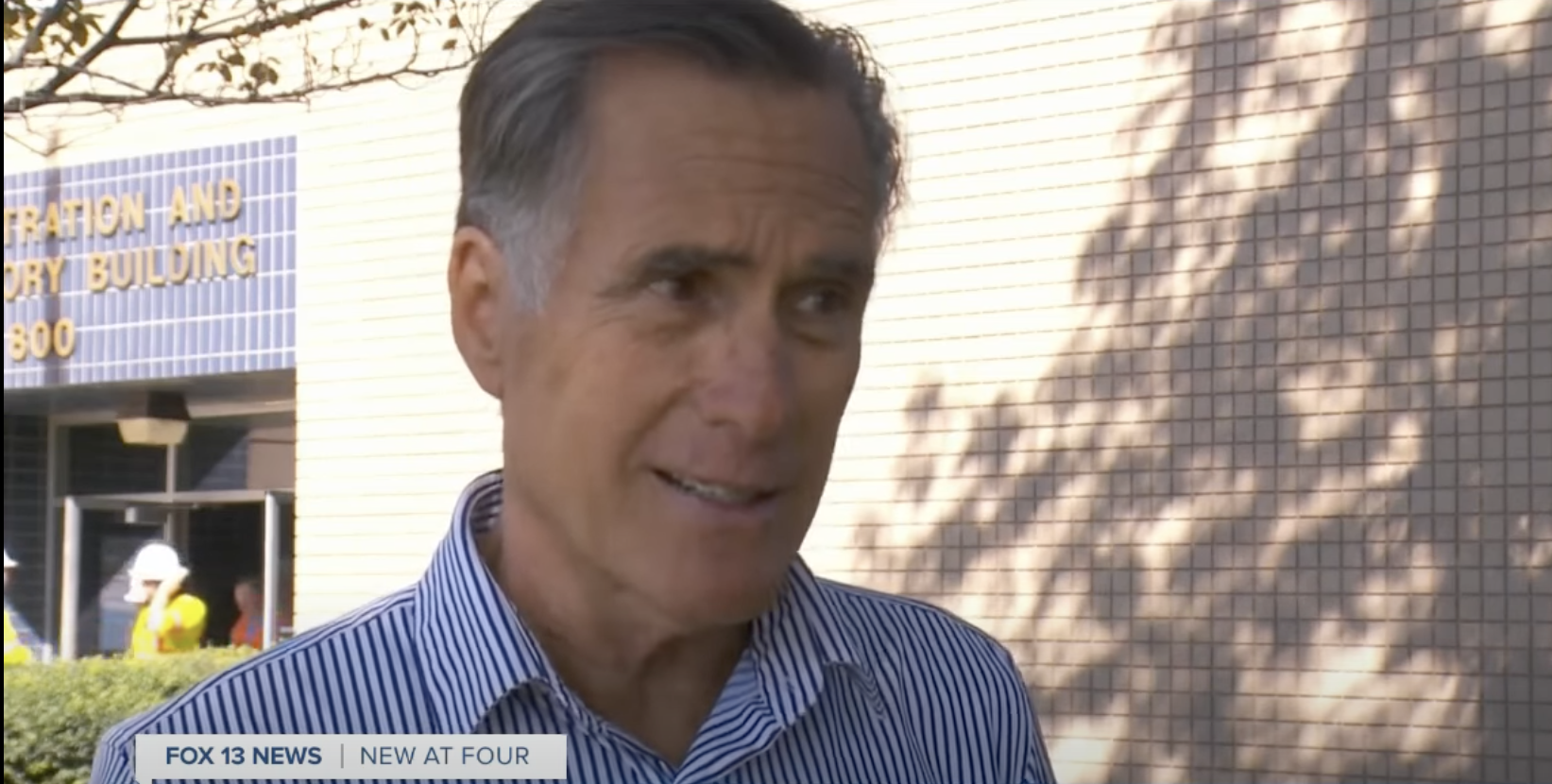 The names of Democratic bills grow ever more Orwellian, from the laughable “Inflation Reduction Act” to the even more outrageous “Respect for Marriage Act.” The latter bill is a direct assault upon God-ordained marriage. It seeks to cement in place sham “same-sex marriage” and force all 50 states to recognize it. Far from respecting marriage, the bill undercuts the true definition of it and exposes defenders of authentic marriage to persecution.

In a depressing measure of the GOP’s estrangement from its own platform, 12 Republican senators this week joined the Democrats in advancing the “Respect for Marriage Act.” Without GOP support, the bill would have stalled and died. But now it is sure to pass and reach President Joe Biden’s desk. The following Republican senators voted to advance the bill: Susan Collins, Lisa Murkowski, Rob Portman, Mitt Romney, Thom Tillis, Roy Blunt, Cynthia Lummis, Richard Burr, Shelley Moore Capito, Dan Sullivan, Joni Ernst, and Todd Young. Their names should live in infamy for this betrayal of the Republican platform, which correctly emphasizes the danger that so-called gay marriage poses to the common good and to religious freedom.

From the beginning of the debate over this bill, the Republicans signaled a lack of seriousness in opposing it. Even the Senate Republicans who declined to support the bill made no effort to expose its dangers.  They called it a waste of time, but it is far worse than a distracting frivolity: It is an attack upon the common good and a denial of the people’s right to control the moral direction of their states. Passage of the bill will prevent the people from preserving the integrity of marriage and will open them up to “discrimination” lawsuits and governmental marginalization.

The bill’s sponsors claim that it “respects religious liberty and Americans’ diverse beliefs, while upholding our view that marriage embodies the highest ideals of love, devotion, and family.” This is nonsense. The bill’s supposed protections are “severely anemic,” according to Sen. Mike Lee.

Indeed, organizations opposed to gay marriage can expect harassment from the federal government once Biden signs the bill. Even the moderate Cardinal Timothy Dolan warns that the bill “will be a new arrow in the quiver of those who wish to deny religious organizations’ liberty to freely exercise their religious duties, strip them of their tax exemptions, or exclude them from full participation in the public arena.” (READ MORE from George Neumayr: The Stupid Party Gets Stupider)

The bill represents a point of no return for America — a definitive separation of the natural moral law from the governance of the states at the very moment they are reeling from pathologies tied to the disintegration of the family. Almost all of the problems facing the country stem in one way or another from the disappearance of stable marriages in the lives of children, who, after all, have a natural right to a mother and father known to them and bound together by marriage. The imposition of gay marriage on all 50 states will accelerate the erosion of the traditional family and deny countless children healthy homes. The ever-expanding culture of gay adoption, which the federal codification of gay marriage is designed to buttress, has proven undeniably bad for children. Our ancestors rightly called the deliberate denial of mothers and fathers to children “child abuse.” Today’s politicians call such cruelty “wokeness.”

It appears that this perverse bill will pass not in spite of the GOP but because of it. Once again, the GOP is willing to serve as the final imprimatur upon the Left’s destructive revolution. We have seen this appalling “uniparty” politics on other crucial issues, such as women in combat. But this matter is even worse: It strikes at the roots of America as a Judeo-Christian nation. It marks the country’s final stage of decadence and entrance into the “fundamentally transformed” condition that Barack Obama and Joe Biden have long envisioned for it.  Without the power to protect the family and children, the people effectively lose the power to restore their states to sanity and civilization.

A GOP that assists the Democrats in denying this freedom to the people is worse than useless. Such a GOP is positively dangerous, as it simply serves to ratify the worst ideas of its opponents. An America saddled with two socially liberal parties will not survive. It will steadily decline and inevitably collapse. The family is the first form of government and serves as the only enduring foundation of the state. As the family decays, so too does the government upon which it depends.

Passage of this bill, consequently, poses the gravest risk to the country’s future. Shame on the GOP for enabling the Democrats in their planned destruction of America.