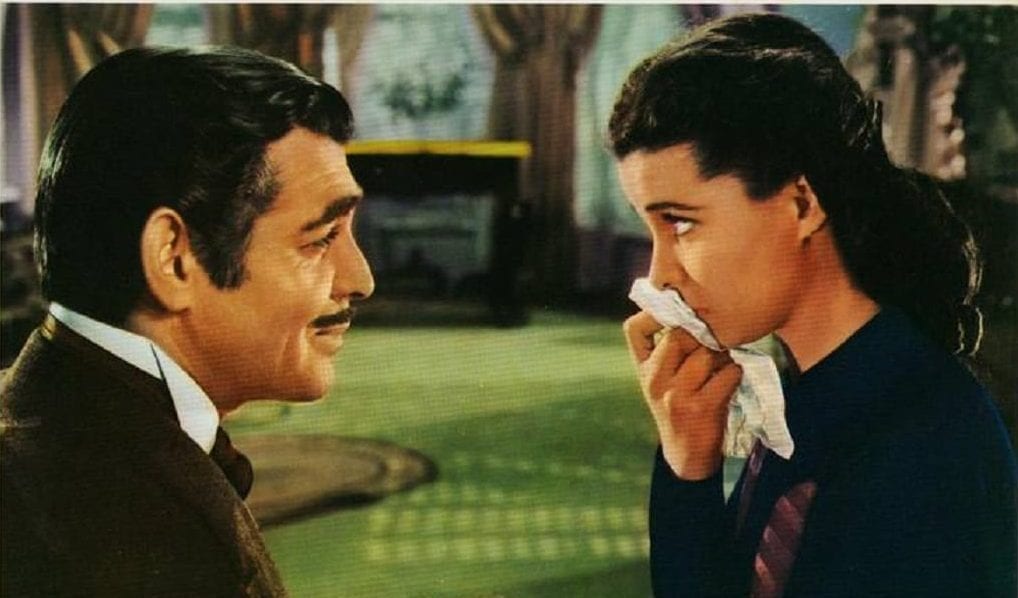 If leftists actually watched Gone With the Wind instead of reflexively demonizing it, they might see it as a validation of their view on race rather than a contradiction. But why should they bother when they can intimidate the latest spineless company, HBO Max, into yanking it from its lineup, as it did last Tuesday at the drop of an article? The article was from 12 Years a Slave screenwriter John Ridley in the Los Angeles Times requesting that very action. Ridley added nothing original to the age-old criticism of the most famous motion picture of all time, but in the current George Floyd virtue-signaling hysteria, HBO Max caved right away.

“It is a film that glorifies the antebellum south,” Ridley wrote. “It is a film that, when it is not ignoring the horrors of slavery, pauses only to perpetuate some of the most painful stereotypes of people of color.” I submit that two of Ridley’s charges are wrong outright and the third arguable. The tricky thing about great art is there are layers of interpretation below the obvious. Looking at one layer, Gone With the Wind does not glorify the antebellum South but instead condemns it early on in the best scene in the movie — at the Wilkes’ barbecue party.

Every man there is eagerly preening for war with the Yankees except for Rhett Butler, played by the iconic Clark Gable. Called to comment on conditions in the North, Rhett enrages the crowd by speaking the truth.

“I think it’s hard winning the war with words, gentlemen,” he says.

“What do you mean, sir?” snarls a guest.

“I mean, Mr. Hamilton, there’s not a cannon factory in the whole South.”

“What difference does that make to a gentleman?” Hamilton snorts.

“I’m afraid it’s going to make a great deal of difference to a great many gentlemen.”

“Are you hinting, Mr. Butler, that the Yankees can lick us?”

“No, I’m not hinting,” say Butler. “I’m speaking very plainly that the Yankees are better equipped than we. They’ve got factories, shipyards, coal mines, and a fleet to bottle up our harbors and starve us to death. All we’ve got is cotton and slaves and arrogance.”

The entire point of this scene is that the South is living in a dysfunctional world with terrible ideas, like slavery, and the wrath of God is rightly about to purge it. This is the opposite of glorification, except to kneejerk critics.

Ridley’s second knock — that the film ignores the horrors of slavery — is also invalid. Gone With the Wind is not 12 Years a Slave. Focusing on one family, the O’Haras, that treats its slaves humanely does not deny that countless were abused, as portrayed in Ridley’s work. If the O’Haras were shown going about their lives while their slaves were getting whipped, Ridley would have a strong argument. Historically, numerous households treated their slaves well, which in no way justifies the abominable practice of slavery.

Ridley’s third charge does indeed have power. It’s hard for anyone today, especially black people, to watch black characters being totally subservient to even benevolent white owners. That said, two of the main three O’Hara slaves, Mammy and Big Sam, are the noblest figures in the film, and they help account for its longstanding appeal for many black viewers. In the one heroic action scene in the movie, Big Sam (Everett Brown) saves a foolish Scarlett O’Hara (Vivien Leigh) from being raped by outfighting several marauders.That may open another controversy since men rescuing women is today passé with the feminist crowd.

Mammy sees right through the manipulations of Scarlett (Vivien Leigh) and calls her out on them throughout the movie. Like the women in the audience, Mammy melts before Rhett’s charm and suffers the avoidable tragedies that befall the Butlers. As Mammy, Hattie McDaniel steals every scene she’s in, and she deservedly became the first black actor to win an Academy Award in 1940 for Best Supporting Actress. That should carry considerable weight against banning the picture.

But the film itself is the best argument. The amount of talent and time that went into making it is the story of classic Hollywood, beginning with the book. It’s a beautifully written historical epic — by a woman, Margaret Mitchell — that became a memorable bestseller three years before it hit the screen in 1939. This made independent film producer David O. Selznick’s job all the harder since the book’s enormous fan base had definite ideas of whom they’d accept as Scarlett and Rhett Butler. They demanded only one actor for Rhett, so Selznick had to go crawling back to his father-in-law, MGM mogul Louis B. Mayer, to get Clark Gable on loan for a sizable chunk of the picture.

Selznick then overlooked every major female movie star in Hollywood to cast unknown-to-America English actress Vivien Leigh as Scarlett, one of the best decisions ever. What followed is a talented cast of thousands both before and behind the camera, with firings galore, including author F. Scott Fitzgerald and director George Cukor (The Philadelphia Story, My Fair Lady). Selznick, a classic liberal, later took great care to have the most positive outcome for the controversial aspect of slavery and a black cast in a prejudiced country.

The outrage mob and cowardly corporations ignore all this in their rush to cancel a great American film. If they continue to have their way, every historically important yet politically incorrect work of art will be gone with the wind. And, frankly, I give a damn.