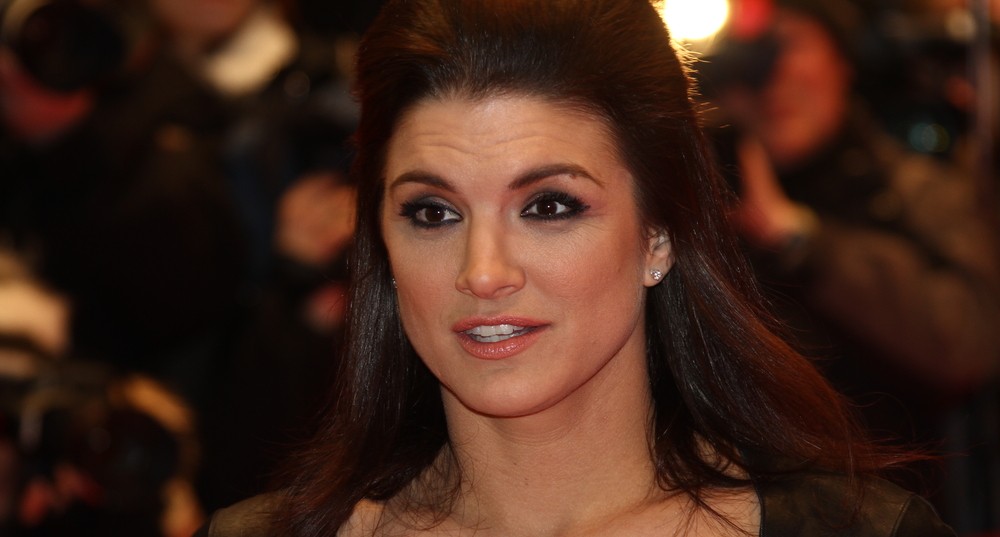 The people who control American pop culture hate Americans. That sounds stupid, and of course it is, but it’s certainly true.

Take, for example, country singer Morgan Wallen. And, while we’re at it, actress Gina Carano.

In Wallen’s case, the up-and-coming young star had just released a double album with some very interesting tracks marking him as more than just a “bro-country” singer with a reputation as a hard-drinking bad boy off stage. There is real depth to some of his lyrics, and the music is, at times, quite good.

But Wallen, who is known to have a problem with alcohol as many 20-somethings suddenly blessed with great fortune are prone to have, found his career and status in the music industry crashing down over something utterly ridiculous.

Wallen, out carousing with friends and deep into his cups, called one of them a “p***y a** n****r” while horsing around. The outburst was recorded by a stranger, who then sold the recording to the celebrity gossip site TMZ.

When the exchange went public, Wallen apologized. It wasn’t enough. He was castigated and defenestrated in the entertainment media, his record company “suspended” him, and he was made persona non grata within country music while opinion-makers began pontificating about whether Wallen’s outrageous racism isn’t representative of the “problematic” nature of country music as a whole.

Carano, meanwhile, is a former female MMA champion who is one of the few actresses actually capable of pulling off the new Hollywood trope — the female action hero who routinely beats the hell out of men. She plays, or has played, Cara Dune in the Star Wars-derivative Disney+ series The Mandalorian, and has earned strong reviews in that role.

But Gina Carano happens to be a conservative, and she lives up to her tough-girl image at that.

Mobs of cultural Marxists have attacked her, seeking to cancel her and ruin her career. This has gone on for more than a year. She has been unfazed and unapologetic in the face of their attempts to beat her down.

Carano refused to follow the cultural Left’s demands that she “identify her pronouns” on her social media profile, and supposedly that makes her “transphobic.” She expressed doubt, as perhaps most Americans have, that Jeffrey Epstein killed himself. Carano made fun of the wildly over-the-top COVID restrictions in California, a mainstream enough position that opposition to those restrictions has now fueled a recall election against that state’s governor, Gavin Newsom. She expressed doubt over the integrity of the 2020 election.

And she posted that “Expecting everyone you encounter to agree with every belief or view you hold is f—ing wild.”

The public has had enough of cancel culture and cultural Marxism, and it’s fighting back.

And then Carano shared an Instagram post making the case that abusive governments run by psychopaths are capable of so Otherizing disfavored people and poisoning the public against them that massive atrocities can result. The Instagram post contained a heartbreaking and disgusting image from Nazi persecution of Jews in Poland during World War II; it’s a woman in her underwear running from a mob of bloodthirsty animals attempting to beat her to death.

The point being that we should never allow ourselves to be manipulated in such awful ways by our political leaders that the Holocaust could happen again. And that political disagreement can create such conditions just like racial or ethnic animus has.

After all, what the Nazis did to the Jews, while certainly an unacceptable stain on the human escutcheon that must never be repeated, was neither unprecedented nor even the bloodiest example of genocide in recent world history. Awful governments stoking public hatred in pursuit of genocidal aims is actually a common theme in the last century or so. It’s what the Turks did to the Armenians, what the Soviets did to the kulaks and Ukrainians, what the Chinese Cultural Revolution signified, what happened in Rwanda and Cambodia. Political and economic hatred, the 20th century proved, can be just as deadly as the racial and ethnic variety.

But when Carano expressed that point she was fired from the cast of The Mandalorian, while her co-star Pedro Pascal, who also posted Nazi Holocaust memes, only from the Left, has not been.

The Wallen and Carano fiascoes are only the latest egregious examples of cancel culture in an America badly off-kilter. But the reaction to them has been noteworthy.

The public has had enough of cancel culture and cultural Marxism, and it’s fighting back.

Who’s far and away the hottest recording artist in country music this week? That would be Morgan Wallen. Pull up the iTunes country music charts and Wallen has eight of the top 20 songs at present.

This has alarmed the entertainment media, which has used it as proof that country music fans, seeing as though they tend to be white and rural and from flyover country, are a bunch of mouth-breathing racists. Wallen himself was trotted out to implore them not to defend him, in one of the more obnoxious public-relations hostage crises in recent memory. But of course when the rapper Lil Nas X got together with Billy Ray Cyrus to cut the crossover hit “Old Town Road” a couple of years ago, country fans couldn’t get enough of it.

The accusations of racism among Wallen’s fans are exactly why there was so much enthusiasm for buying up his music in the past week. For one thing, Wallen didn’t use a racial slur when he said what he said to his white drinking buddy; he essentially quoted about 22.4 percent of Quentin Tarantino’s movie dialogues. And everybody understood that.

Unwise? Of course. Worthy of a public apology? Naturally. Career-ending? Ridiculous. Evidence that Wallen harbors hatred for African-Americans? Nobody really believes that.

The fans bought up Wallen’s music because (1) there is a perception it’ll come off the market given the current idiocies, and (2) and this is the important bit, Americans are absolutely sick and tired of cancel culture. They’re tired of seeing people Otherized for stupid reasons and being told any sin against ever-changing leftist cultural pieties puts one’s livelihood at risk. It’s now a real threat not just to entertainers making millions; middle-class Americans are, as Daniel Greenfield correctly observed last week, being terrorized by our ruling elite on the basis of critical race theory and cancel culture. Publishing houses are firing Christian employees for having a Gab account, for Pete’s sake. At some point ordinary Americans would have had enough, and this is it.

And in the case of Carano, the public backlash against Lucasfilm and Disney, its parent company, is severe and growing. Calls to cancel Disney+ have appeared everywhere, and the attacks on the company have been widespread. It’s too soon to know whether the company’s pocketbook has been severely hit, but this can’t be good for Disney.

And Gina Carano is now a lot bigger name than she was before being fired, whether Hollywood will cast her again or not.

This has only begun. It’s beginning to crystallize into a movement. You can’t cancel and Otherize an entire broad swath of the population without those people fighting back.

And that’s good. It’s no secret there’s a cultural civil war going on in America. It’s been a long time coming. Let’s have it out. And may the best side win.