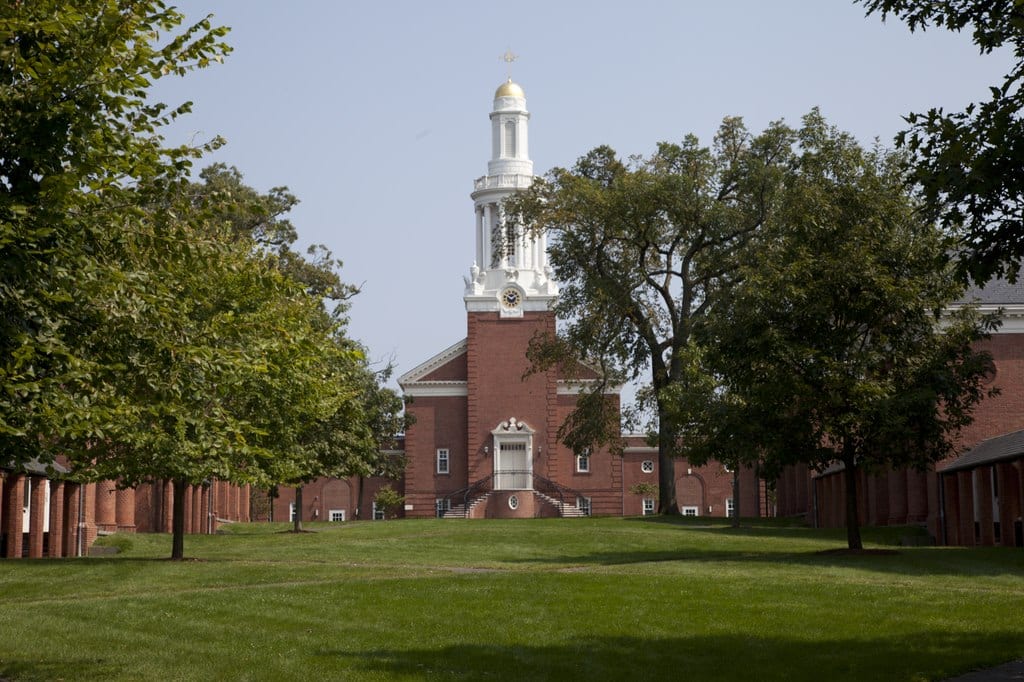 I mean, yeah, you’re right: The quest to get your kids into a top college has gotten crazy. We know as much from last week’s news reports about slimy dealings meant to give rich and powerful families an advantage over regular shmoes who think the world still cares about honest work.

Which is where we get into the real story, as some of us see it: the story of what’s wrong not merely in terms of public policy but as a matter of basic morality, flying in the face of deep human understandings toward which humans of the present day seem to have cultivated a lofty indifference. Wrong? Right? Hmmm. Wouldn’t that depend on circumstances and choice — the latter especially?

The Wall Street Journal quotes to dismaying effect a parent ensnared in the Justice Department investigation of bribes paid and cheating encouraged to gain college admittance for a child. “To be honest,” says the parent, who is/was co-chairman of an international law firm, “I’m not worried about the moral issue here. I’m worried about the, if she’s caught doing that, you know, she’s finished.” Let me be honest: honesty doesn’t worry me. Wow!

We have here a powerful statement regarding the degree to which overarching standards of right and wrong receive nothing like the recognition accorded them in more judgmental times than these. We used to think “judgment” a good thing, as implying important distinctions among various notions put out for admiration. Not all things were OK just because some said they were OK. There were standards and rules. For instance, bribery and cheating were no-no’s: forbidden by the moral code, forbidden (as we are presently finding out) by laws that embodied the moral code.

Let’s not set forth on a nostalgia expedition. Long ago, well before Frau Hitler hatched little Adolf — even before Nero cut the throat of any moral principle that barred the road to personal power — moral turmoil was the human lot: stemming, in the religious language of the West, from a notable human falling-out with God and His purposes. Still, the ongoing human effort to get again, as it were, right with God left among humanity impressive, and truth-affirming, guardrails: the Ten Commandments, the Sermon on the Mount, the exhortations of Paul, and so on for centuries. Humanity’s religious precepts and teachings gave coherence to the human enterprise. Thou shalt not kill. Thou shalt not commit adultery. Thou shalt love the Lord thy God with all thy soul, and with all thy mind, and with all thy strength. Thou shalt love thy neighbor as thyself.

Not the least and lightest penalty for life in a century blessed with abundant prosperity and first-rate pinot noir has been the drift away from religious commitment. According to the Pew Research Center, a fifth of Americans — and a third of Americans under age 30 — are self-decoupled from religious affiliation. Religion? Worship? Ho-hum, who cares?

A swarm of implications flows from such a finding. Here’s today’s: Ultra-relaxed moral guidelines about the uses of deceit where “my daughter’s college future is at stake” can produce damaging resentments among applicants who play by the rules. And not just these. What about those who, viewing the dishonest capers of the rich, decide it’s time to pull down the rich as a class? Or urge sterner governmental control of application practices? What about, for that matter, the corrosive effects of deceit on those in whose name, supposedly, the deceit was practiced — namely, malleable children?

You can’t see around the bend of a crooked road. Better to walk another way: one cluttered with all the usual human failings but with good signage for those who look.

Religion’s waning place in the national atmosphere is the fault of the stronger and stronger human appetite for moral independence — for doing things “my way.” And don’t we see how well that appetite is working out for us! We may all the more appreciate, taking in today’s news, John Adams’s assertion in 1776: “It is Religion and Morality alone which can establish the Principles upon which Freedom can securely stand.”