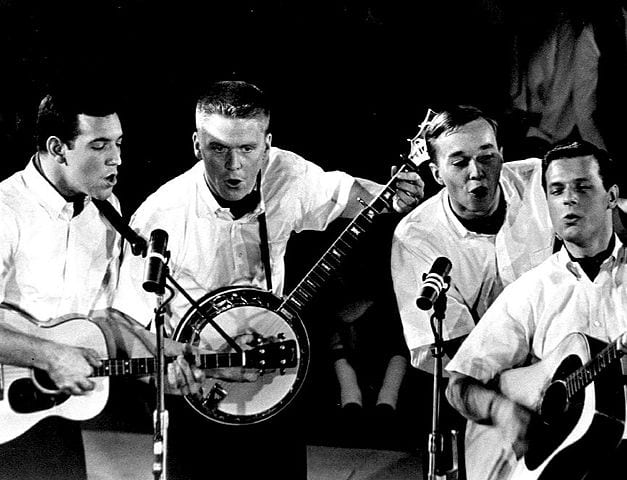 The Muse has descended on the curriculum developers at Columbia University: they have designed a class entitled Pop and Social Justice Songwriting 101. Which implies that there will be a 102. But it seems unlikely that Columbia students will be able to major in it because the course is being offered to high school kids, ages 15-18.

It is suggested that the students consider writing about “gender and racial equality,” or “LGBTQIA rights” (what in hell rhymes with LGBTQIA?). I’m all for rights and equality — that’s one of the reasons why I’m an American conservative. I’m just not convinced that they are a very fruitful field for pop music. And I think the Beach Boys would agree with me on this.

According to Coy Westbrook, a reporter for The College Fix, the course is sponsored by the June Jordan Fellowship, which is under the aegis Columbia’s Center for Justice. Via email, Coy got in touch the Fellowship’s program coordinator, Nicole Delgadillo, who said that one of the goals of the course is to teach the students how to “harness music to advance and articulate social justice narratives.” Delgadillo goes on to observe that historically “music, especially pop music, has been tied to social justice movements.”

She has a point. Back in the mid-1960s one of the finest American composers of the 20th century made the same argument. By now you’ve guessed, I am referring to the great Tom Lehrer. His “Folk Song Army” illustrates this point. He used to say, “It takes a certain amount of courage to get up in a coffee-house or a college auditorium and come out in favor of the things that everybody else in the audience is against like peace and justice and brotherhood and so on.”

In his lyrics he reveals the powerful historical roots of social justice pop music:

Remember the war against Franco?
That’s the kind where each of us belongs.
Though he may have won all the battles,
We had all the good songs.

I’m sure the course planners are sincere, if perhaps a bit too earnest. There’s something about the idea for this course that reminds of me of a term James Joyce invented: “thought-tormented.”

But Maestro Lehrer had no such doubts.

So join in the folk song army,
Guitars are the weapons we bring
To fight against poverty, war, and injustice.
Ready! Aim! Sing!