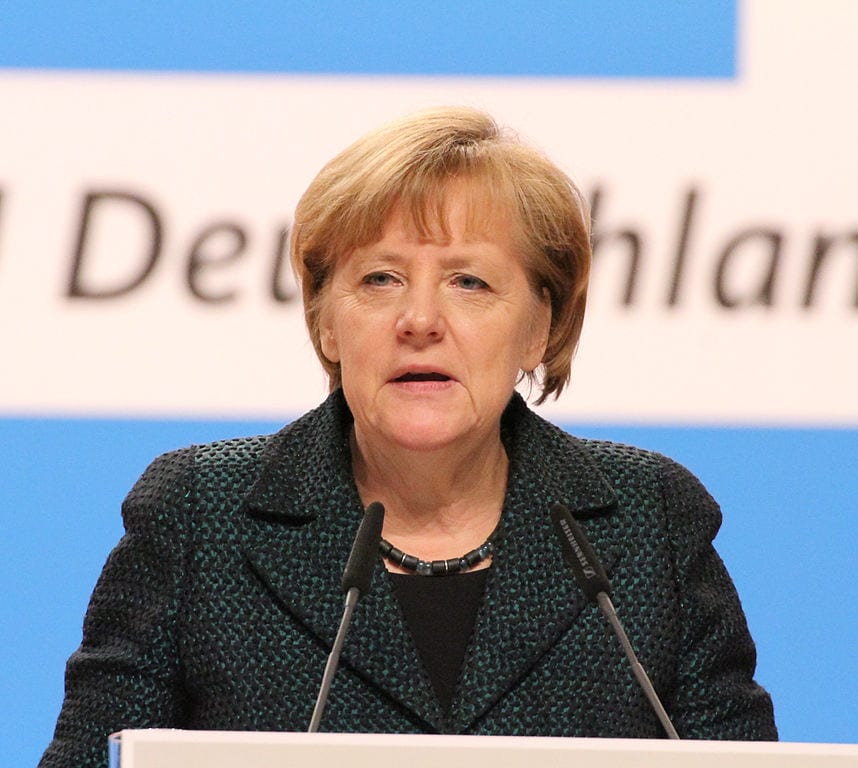 Since 2015, the influx of about 1.4 million Middle East and North African migrants into Germany — almost all of them Muslim — has destabilized the nation’s politics and society.

One of them, Ali Bashar, an Iraqi said to be 20 years old, was arrested on Friday in Kurdistan, the prime suspect in the rape and killing of Susanna Maria Feldman, a case that has turned into a German cause célèbre and global news.

Susanna Feldman was a 14-year-old Jewish girl from Mainz. When she disappeared in May, her distraught mother mounted a major social media campaign. Unchaperoned, Feldman seems to have struck up a friendship with Ali Bashar a while back at a refugee center on the outskirts of Wiesbaden, where he lived with his parents and five siblings.

Last week, Susanna was found strangled near railway lines close to the refugee center. An unnamed 13-year-old witness had tipped police off.

The New York Times called the crime “a potential turning point in the migration debate,” as it “played into fears that Ms. Merkel’s government is not in control of the migrant situation.” But these fears are not merely imagined, as the Times would pretend they are.

The tragic incident comes when chancellor Angela Merkel’s critics are attacking malfeasance in asylum cases and broader migrant policy. German political parties are split internally over immigration. Merkel herself has come out of the disputes deeply damaged. After failed September 2017 elections, it took her almost six months to form a coalition government.

Merkel defended her course of action in the Bundestag last week as a “humanitarian” act. Merkel later expressed dismay at the crime itself and said hollowly it should remind Germans to do whatever is possible for the integration of immigrants.

By the time German authorities realized Bashar’s connection to the murder, Ali and seven other family members had boarded a plane in Düsseldorf with false identification papers apparently issued by the Iraqi Consulate. They paid cash for a one-way fare to Istanbul, and headed for Kurdistan, planning to vanish. Able security forces, cooperating with Germany, soon captured the fugitive, who admitted his guilt, and was returned to Wiesbaden over the weekend.

Bashar had arrived in Germany in October 2015 at the height of the migrant influx. The next spring, he moved to Wiesbaden with his family. How the eight Bashars were united in Wiesbaden bears close inspection, especially if unaccompanied-minor Ali were some kind of anchor. Bashar’s asylum claim was rejected at the end of 2016, but he was able to get a temporary residence permit pending his appeal and not deported, in spite of being known to local police as a bad apple.

For German immigration restrictionists, each fresh report of migrant wrongdoing such as this is a reminder that something’s deeply amiss. The irony a so-called asylum seeker would flee homeward for cover after a heinous crime has not been lost on the public.

Syrians, Afghans, Turks, and North African arrivals live separately, some housed and fed on government dole, and others living in a harsh metropolitan underworld. These “guests” don’t speak the language, possess few technical skills, and often abhor basic Western ideas. Few show any signs of integration into localities or any desire to do so.

At least 10,000 asylum seekers still enter Germany every month. In addition, the government promotes “family reunification,” concealing numbers to make total entries impossible to calculate. Officials do their best to suppress bad news about Mideast migrants, which has stirred public anger since New Year’s Eve assaults in Cologne, going into 2016. No wonder some Germans think they are being dangerously gamed.

“There are thousands of people in the country and we don’t know who they are,” the head of one of Germany’s biggest police unions said. “That is an enormous security risk.”

The Times reports, “over half a million people whose asylum applications were turned down remain in Germany, with about half of them due for deportation. But the authorities have had trouble keeping up, in part because of a lack of resources.”

Rightly or not, popular opinion that elected officials care more about migrant welfare than native residents is rising. Many Germans feel public spaces are less safe than in the past. EU-reinforced promises about added social value, a labor pool for an aging population, and joys of diversity made three years ago seem imagined and false.

The widely read newsmagazine Der Spiegel — a dependable organ of Merkel good think — still publishes earnest open-borders articles. It contains graphs and bullets explaining why Germans should not be concerned about safety or migrant rapes, and it instructs native residents how to avoid Islamophobia. But the number of German citizens who believe such perilous nonsense seems to diminish with every local election.