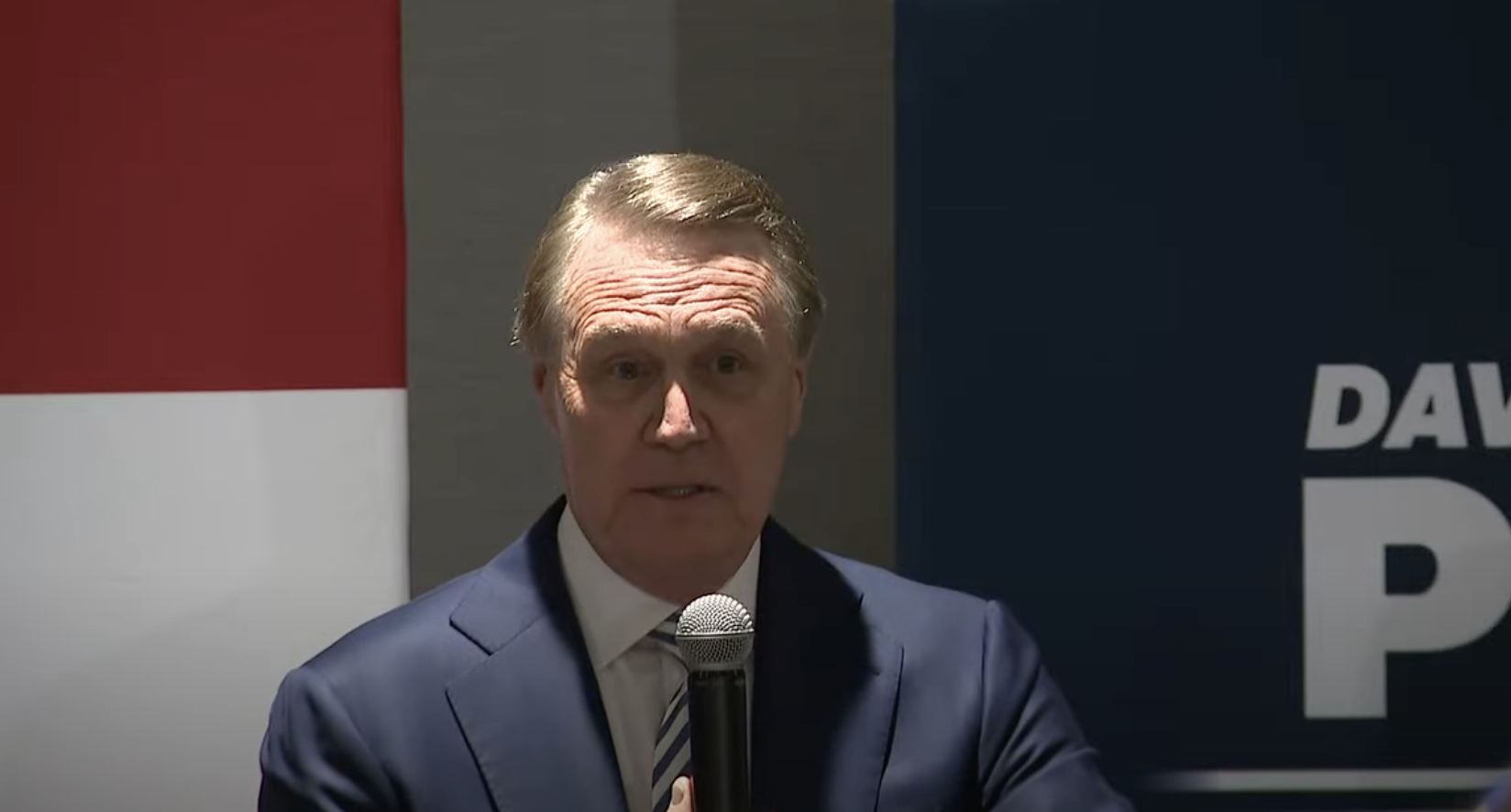 A casual reader perusing the headlines about last Tuesday’s Georgia primaries could easily get the impression that former President Trump was running for office in the Peach State. Many corporate media outlets featured his name before identifying the actual candidates. Wednesday morning, for example, Politico ran a story titled, “Trump flops in Georgia: 5 takeaways from a big primary night.” This and many similar articles missed the two most important news stories: Georgia Republicans refuse to sabotage themselves by engaging in counterproductive infighting, and record turnout thoroughly debunked the Democratic “voter suppression” narrative.

Georgia’s incumbent governor, Brian Kemp, soundly defeated his only serious rival in the GOP gubernatorial primary. Former U.S. Sen. David Perdue had been recruited by Trump to challenge Gov. Kemp, against whom the former president still nurses a grudge pursuant to the maladministration of the 2020 election. Kemp beat Perdue by 52 points (74-22). More importantly, the former senator immediately conceded and pledged to throw his full support behind Kemp’s effort to ensure that Stacey Abrams isn’t able to foist failed Democratic policies on the Peach State. Perdue’s eminently sensible decision will prevent a circular firing squad that would benefit only the Democrats. Here’s an excerpt from his speech:

Everything that I said about Brian Kemp is true, but here’s the other thing I said was true: He is a much better choice than Stacey Abrams.… I want you to know tonight that I am fully supporting Brian Kemp and his run to beat Stacey Abrams. He’s a fellow Republican. And I’m going to tell you that the failed Democrat platform right now is so obvious on the federal level, we don’t want it to come to Georgia.… Tomorrow morning you’re going hear me going to work for Brian Kemp to make … sure Stacey Abrams is never governor of Georgia.

This means the big loser in Tuesday’s primaries was Stacey Abrams, though it was hard to glean that fact from her comically fawning media coverage. The funniest headline concerning the less-than-gracious loser of Georgia’s 2018 governor’s race came from NBC: “Stacey Abrams wins Democratic election gubernatorial primary in Georgia.” Considering that she ran unopposed, this wasn’t a blockbuster. Far more newsworthy was the record turnout that debunked Abrams’s claim about the election integrity statute that Kemp signed into law last year. She insists its purpose is to suppress Democratic and minority voting, yet the 1.9 million votes cast in the 2022 primary dwarfed the 2018 totals for both parties.

Abrams received 720,873 votes during this primary, 167,423 more than the combined total of 553,450 votes she and rival Stacey Evans received in the 2018 Democratic primary. Democrats cast 30 percent more primary votes for governor this year than four years ago. Yet Abrams insists this proves nothing: “What is happening is that people are looking at one metric and trying to extrapolate an entire narrative and the narrative is very clear: voter suppression is not about stopping voting, it is about impeding certain voters from participating.” Why is Abrams so reluctant to accept the glad news? The primary turnout indicates that Democratic voters are far less enthusiastic about casting ballots than their GOP counterparts.

A comparison of party totals for their respective primaries tells you all you need to know: The 720,873 votes cast in the Democratic gubernatorial primary fell 479,523 short of the 1,200,396 votes cast in the Republican primary. Brian Kemp alone garnered 884,768 votes, 23 percent more than the Democratic total. The respective Senate primaries produced similarly bad news for the Democrats. The Democrat candidates, including incumbent Raphael Warnock, received a total of 725,211 votes. The GOP slate received a total of 1,174,446 votes. Herschel Walker alone garnered 801,112, 11 percent more than the Democratic total. The source of Democratic apathy isn’t difficult to find. It lives in Washington, as the New York Times explains:

Democrats were excited for Stacey Abrams, the former state legislator and voting-rights activist, to jump into the 2022 governor’s race, promising a potential rematch of the 2018 contest she only narrowly lost. Mr. Warnock has emerged not only as a compelling speaker but also as one of his party’s strongest fund-raisers. Yet the growing fear for Democrats is that even the strongest candidates and recruits can outrun President Biden’s wheezing approval ratings by only so much, and are at risk of getting washed away in a developing red wave.

Not only are Democrats fighting headwinds created by Biden’s blunders, they are carrying a lot of their own baggage. Abrams, for example, has consistently refused to concede that she lost Georgia’s 2018 gubernatorial race: “We had this little election back in 2018. And despite the final tally and the inauguration and the situation we find ourselves in, I do have a very affirmative statement to make. We won.” She also shoved her foot in her mouth last weekend: “I am tired of hearing about how we’re the best state in the country to do business when we are the worst state in the country to live.” Abrams tried to clean up that mess, of course, but it reminded a lot of Georgia voters that she isn’t actually a native of the state.

The media portrays Georgia’s gubernatorial election as an epic rematch, but the playing field has changed since 2018. While Stacey Abrams has leveraged her 2018 loss into fame and fortune, Gov. Kemp has been governing the state amidst a pandemic and an economic crisis created by inane Democratic policies. Moreover, not even the most delusional Democrat can label him a “Trumpist.” The worst Democratic attacks against him have been about the much-maligned election integrity bill he signed into law last year. For most Georgians, this is a feature rather than a bug. If the state’s Republicans can avoid a circular firing squad, Gov. Kemp will defeat Abrams by a lot more than 55,000 votes this time around.