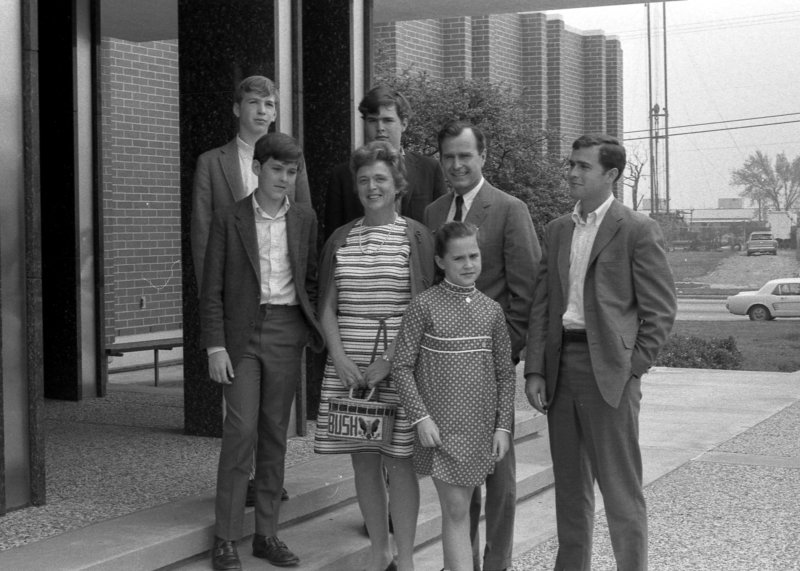 The final words of President George H. W. Bush tell us a lot about the kind of man he was, and especially the kind of father he was.

At 94 years old and ailing from Parkinson’s and the pains of old age, Bush said he was ready to go. He told his family he wanted to be with Barbara, his wife of 73 years, and Robin, the child they lost long ago to leukemia. And in a final conversation, his oldest son, George W. Bush, told him he had been a “wonderful father.” His father’s reply — and final words — were: “I love you, too.”

These final sentiments from Bush were touching and not surprising.

The death of that little girl Robin 65 years ago was the enduring heartbreak of his and his wife’s life. As Barbara approached death last April, Robin was on her mind as well.

Robin’s situation in the fall of 1953 became so acute that her parents flew her from Midland, Texas to New York’s Memorial Sloan-Kettering Cancer Center. Her mom held her hand through tears and blood transfusions. Her dad found it too hard to watch.

Robin’s demise came unexpectedly quick. George H. W. was in Texas and flew all night to get there, but by the time he arrived Robin slipped into a coma. “One minute she was there, and the next she was gone,” remembered her mother. “I truly felt her soul go out of that beautiful little body. For one last time I combed her hair, and we held our precious little girl. I never felt the presence of God more strongly than at that moment.”

George H. W. Bush said he “learned the true meaning of grief when Robin died.” Though he firmly believed she was “in God’s loving arms,” the pain never went away. Asked in 1999 by Larry King how long it hurt, the former president said, “We hurt now.”

Five years after Robin’s death, George H. W. wrote a letter to his mother. It was a sort of poem, with a dozen lines that began, “We need….” The concluding line lamented: “We need a girl.”

In his final moments, George H. W. Bush was thinking about reunification with that three-year-old girl.

Also poignant was the fact that the parting words the elder Bush heard was that he had been a wonderful father. It was fitting that the oldest Bush child, now the family patriarch, would express that sentiment for the family.

George W. referred to his father as “the world’s greatest dad.” At the start of his Republican convention speech in Philadelphia in August 2000, in a subtle reference to President Bill Clinton allegedly calling him “daddy’s boy” two days earlier, George W. looked toward his father’s seat and proclaimed before a national audience, “I am proud to be your son.”

That 2000 presidential run for the younger Bush is hard to separate from his father’s 1992 presidential defeat. There had been speculation that George W. pursued the presidency in part to avenge his father’s loss in 1992, a charge that George W. disputed. Still, it had burned the younger Bush to see his father lose to a man he saw as lacking character, particularly compared to the father he held in the highest esteem. He hated to see “a good man get whipped.”

As for the younger Bush defeating Bill Clinton’s vice president, Al Gore, in 2000, the senior Bush would savor the irony: “You ever heard the expression, ‘The Lord works in mysterious ways’?” George H. W. Bush said in Erie, Pennsylvania in June 2004. “We had that [happen] in our family all the time, even with some bad things…. And if I’d had won that election in 1992, my oldest son would not be president of the United States of America.” With his voice crackling with emotion, the proud father concluded: “So, what more can a dad ask? I think the Lord works in mysterious ways.”

The son never forgot a moment in the 1960s while an undergrad at Yale struggling with the day’s events and finding purpose in life. His father suggested he visit Yale’s famous (leftist) chaplain William Sloane Coffin. Bush had questions about the Vietnam War and upheaval all around him. According to Bush, not only was Coffin unhelpful but insulted his father. Bush’s father had just lost a close Texas race for the U.S. Senate to a Democrat named Ralph Yarborough. “Your father lost to a better man,” Bush remembers Coffin remarking.

Coffin would later say he had no recollection of that conversation. It’s hard to imagine it didn’t happen, however, because Bush was so angry that he told his parents right away. His mother said the comment was “shattering” to him. “It was a very awful thing for a chaplain to say to a freshman at college,” said Barbara, “particularly if he might have wanted to have seen him in church. I’m not sure that George ever put his foot again [in the college chapel].”

Regardless of what exactly happened with Coffin, the takeaway is this: George W. Bush considered his father his “hero.” And he certainly wasn’t the only Bush child that felt that way. And for a dad, even one of so many great achievements, that’s a pretty good way to go.