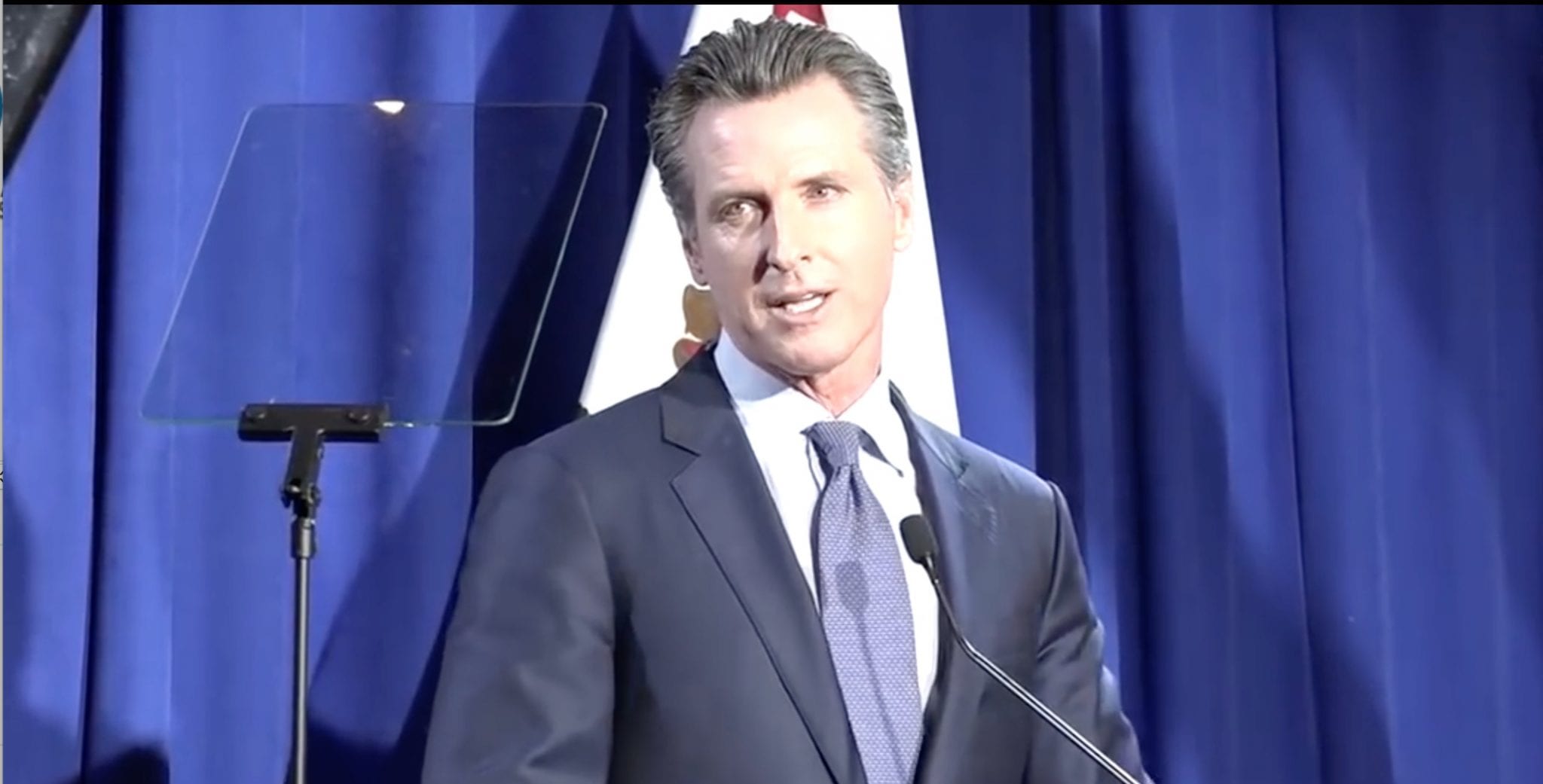 Gavin Newsom, who touted single-payer healthcare as a cornerstone of his campaign for governor, routed his opponents in California’s top-two primary on Tuesday. Newsom not only garnered a third of the ballots in an election with nearly two-dozen candidates but essentially Jedi Mind Tricked voters into selecting his preferred fall adversary by repeatedly mentioning Republican John Cox as his opponent.

Newsom, who as San Francisco mayor directed his underlings to dispense same-sex marriage licenses despite Californians rejecting them at the ballot box and long supported legalizing marijuana, again moves a step ahead of other Democrats.

His primary campaign literature announced that “he’ll ensure California leads the way on a plan to guarantee quality healthcare for everyone financed through a single-payer model like Medicare. We can create a more efficient, effective, and comprehensive healthcare system that works for patients and providers alike, available regardless of one’s ability to pay, pre-existing medical conditions, or immigration status, and including coverage not only for physical, but also mental and behavioral health issues.”

But after cornering the market for Democratic voters in Tuesday’s triumph, Newsom pivoted. In displaying an acute sensitivity to where the political winds likely shift, the San Francisco politician dependent on L.A. Looks hair gel not only at times looks like a visionary in anticipating the party’s next big thing but also risks looking like a cynic by shifting with those political winds.

In a victory speech heavy on clichés, forced smiles, and affected cadence and intonation, Newsom did not mention single-payer, the issue that separated him from Democratic rival Antonio Villaraigosa in the primary election.

The about-face, at least in terms of issues emphasized, came on a day when another successful businessman looking to get into Democratic politics dumped cold water on the party’s latest hot idea.

“It concerns me that so many voices within the Democratic Party are going so far to the left,” Howard Schultz, former CEO of Starbucks, told CNBC. “I say to myself, ‘How are we going to pay for these things?’ in terms of things like single payer [and] people espousing the fact that the government is going to give everyone a job. I don’t think that’s realistic.”

Yet, Democratic primary voters in not only the most populous but one of the most consistently blue states just enthusiastically cast ballots for a candidate selling what Schultz regards as wolf tickets and the California Senate Appropriations Committee notes would double the state’s budget. That’s reality, if not as policy than at least in terms of politics.

The annual per capita gross domestic product amounts to about $60,000. Health care expenses per person now eclipse $10,000 per year. For a family of four earning $120,000, health care can devour a third of earnings. Yet Democrats in California just tripped over one another detailing plans to cover more people (note Newsom’s “regardless of… immigration status” rhetoric) and more services (“mental and behavioral health issues”).

Newsom appears as a skillful enough politician to recognize this disconnect and shift rhetoric from primary to general campaign. Schultz, a political neophyte, lays out a general election message 20 months before the first presidential primary ballot falls into a box.

The common denominator appears a frustration with healthcare. California Democrats express this, if inarticulately in calling for medicine that figures to exacerbate the disease, by pushing single-payer. A more general pool of voters wants a fix that reduces costs, which, according to the Centers for Medicare & Medicaid Services, eclipse 20 percent of GDP by the middle of the next decade.

With one need devouring such a massive portion of the economy in mind, Schultz explains: “I think we got to get away from these falsehoods and start talking about the truth and not false promises.”

A Democrat prescribes this hard medicine. Will voters take it?