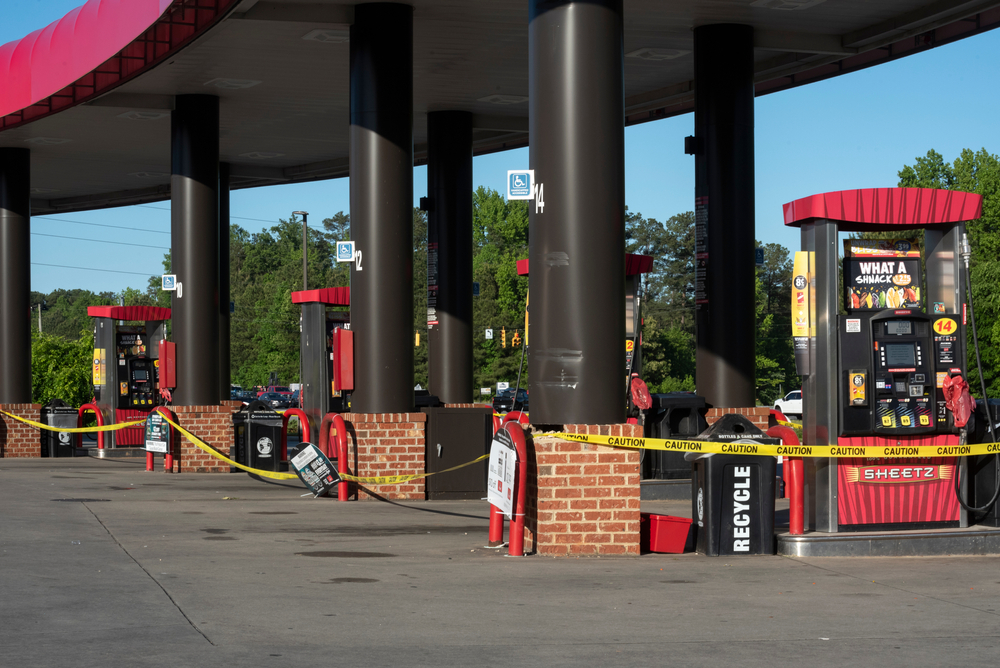 In the days since the pipeline closed, the national average price of gasoline has risen, and some areas have experienced gasoline shortages. Although the closure of the pipeline is a major disruption of our ability to physically deliver gasoline to the Southeast and is the root cause of these shortages, the problem is greatly worsened by bad public policy. Two policies that are exacerbating shortages are local price-gouging laws and the Jones Act.

One of the factors contributing to the long lines at gas stations and fuel shortages is price-gouging laws that prevent retail gas stations from raising the price of gasoline to a level that accurately reflects the scarcity of the resource. For example, according to the Office of the Attorney General of Florida,

Due to the COVID pandemic, Florida is currently under a state of emergency, which the governor recently extended for another 60 days last month, meaning these price-gouging laws are likely in effect. The idea that we should support rising prices for important goods like gasoline in a time of emergency is an unpopular position to take. But when prices are not allowed to accurately reflect the scarcity of a good, consumers receive the wrong information about how much of that good is available, and we end up with shortages.

Additionally, and perhaps most importantly during a time of crisis, price-gouging laws disincentivize entrepreneurship and prevent people from finding new ways of supplying more of the good in question. The current situation in Florida reflects these realities of a market hampered by price-gouging laws. Retail gas stations might not be able to raise their prices above the average price during the 30 days before the start of the emergency, leading to shortages and diminished entrepreneurship.

Another policy exacerbating the gasoline shortages in the wake of the Colonial Pipeline’s closure is the Jones Act. Enacted in 1920, the Jones Act mandates that only vessels that are built, owned, crewed, and flagged in the United States can participate in maritime shipping between domestic ports. The alleged purpose of the Jones Act is to improve national defense by protecting the country’s ability to build and maintain a fleet of ships for use in foreign military conflict and respond to natural disasters.

The main economic effect of the Jones Act is to exclude foreign ships from participating in the domestic maritime shipping market, limiting the supply of domestic maritime shipping. On a day-in and day-out basis, the limited supply of domestic shippers increases the costs of shipping goods between domestic ports relative to what they would be in a more competitive market, and these costs are then passed on to consumers. Because the transportation fuels that are typically delivered by the Colonial Pipeline can also be transported by maritime shipping, the Jones Act is currently preventing many ships from stepping in and transporting these fuels between the Gulf Coast and ports along the East Coast.

The U.S. Department of Transportation is considering a waiver for the Jones Act as a response to gasoline shortages, a process that seems to take place during most emergencies lately. In the wake of Hurricane Harvey and Hurricane Irma, the Department of Homeland Security suspended the controversial law in order to increase the supply of refined fuel to areas affected by the storms. President Trump also waived Jones Act shipping restrictions to Puerto Rico as they were holding back response efforts to Hurricane Maria. Waiving the Jones Act in response to recent disasters is an admission that the actual impact of the law is to hinder disaster relief by limiting the supply of ships that can legally be used to transport goods between American ports.

Price-gouging laws and the Jones Act are both making a bad situation worse by hampering our society’s ability to respond to the temporary closure of the Colonial Pipeline. Price-gouging laws send consumers the wrong signals about the scarcity of gasoline, which leads to shortages. The Jones Act is preventing foreign ships from stepping in and helping to transport the fuels that the Colonial Pipeline typically delivers to the East Coast. Both policies routinely impact our ability to respond to emergency situations. They should be abolished.