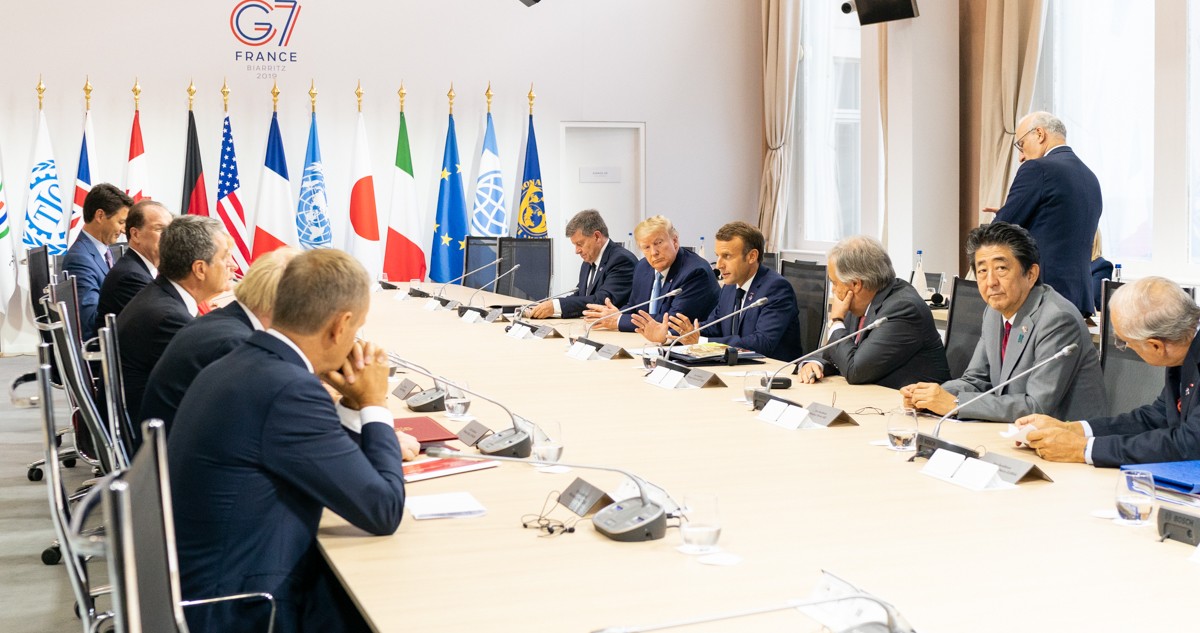 Finance ministers of the G-7 reached a significant informal agreement Saturday to back a minimum global corporate tax rate of at least 15 percent.

The new global minimum tax would affect multinational companies who have shifted their profits and tax revenues to low-tax “tax haven” countries in order to avoid higher taxes in the country where the majority of their sales are made. This would include companies such as NVIDIA Corp., Broadcom Inc., Las Vegas Sands Corp., and Microchip Technology Inc., which the Wall Street Journal notes make a majority of their income abroad and pay tax rates of less than 15 percent.

While not infringing on a nation’s sovereign right to determine its tax rates, the global minimum deal would allow a company’s home government to increase taxes on domestic companies that pay low taxes in another country until they meet the 15 percent threshold, thus eliminating the advantage of “shifting profits.” The Biden administration has estimated that such a tax would generate an additional $500 billion in U.S. tax revenue over the next decade.

High domestic taxes incentivize American companies to move funds overseas. Biden’s proposal to raise the U.S. domestic corporate tax rate from 21 percent to 28 percent to fund his massive infrastructure plan makes it unsurprising that companies might shift to a country like Ireland, which has a 12.5 percent corporate tax. Countries with smaller economies that use low tax rates to incentivize foreign investment could be significantly affected by a global minimum tax and may oppose it.

U.S. Secretary of the Treasury Janet Yellen claimed the agreement will counteract the “global race-to-the-bottom in corporate tax rates” and “ensure fairness for the middle class and working people in the U.S. and around the world.”

Such a tax, she stated, will “[level] the playing field for businesses” and encourage competition “on positive bases, such as educating and training our work forces and investing in research and development and infrastructure.” Yellen further claimed that a global minimum tax would protect national sovereignty by alleviating pressures on a government to lower corporate tax rates.

Urging care before embracing such a plan, however, U.S. Senate Finance Committee Ranking Member Mike Crapo (R-Idaho) and U.S. House Ways and Means Ranking Member Kevin Brady (R-Texas) issued a statement on Saturday calling the agreement “premature.” They are concerned that if the U.S. joins such an agreement it could impose penalties on American businesses without necessarily keeping other nations from exacting “digital services taxes and other unilateral measures” that harm American interests.

“We continue to caution against moving forward in a way that could adversely affect U.S. businesses, and ultimately harm American workers and jobs at a critical time in our country’s economic recovery,” they said.

Ways and Means Committee Chairman Richard E. Neal (D-Mass.) and Senate Finance Committee Chair Ron Wyden (D-Ore.) released a brief response, saying the consensus “paves the way for formal agreements to be reached among the participants in the Inclusive Framework negotiations on this matter” and that they “look forward to reviewing the details of today’s deal and applaud the Biden Administration’s leadership in working to level the international playing field and support American workers.”

Matt Dickerson, Director of the Grover M. Hermann Center for the Federal Budget at the Heritage Foundation, spoke strongly against the tax increases to The American Spectator: “American workers should be put in the most advantageous position to succeed in the global economy. Unfortunately, Treasury Secretary Yellen is working to undermine American competitiveness by proposing to increase domestic taxes along with attempting to create a tax cartel to stamp out competition and innovation. Despite the G7 agreeing to a 15% minimum global tax rate, Yellen has proposed a 21% minimum global tax for U.S.-based multinational employers. These harmful tax increases should be rejected.”

The details of the agreement will likely be discussed in a broader forum during the Group of 20 meeting July 9-10 and will require congressional approval before becoming effective.