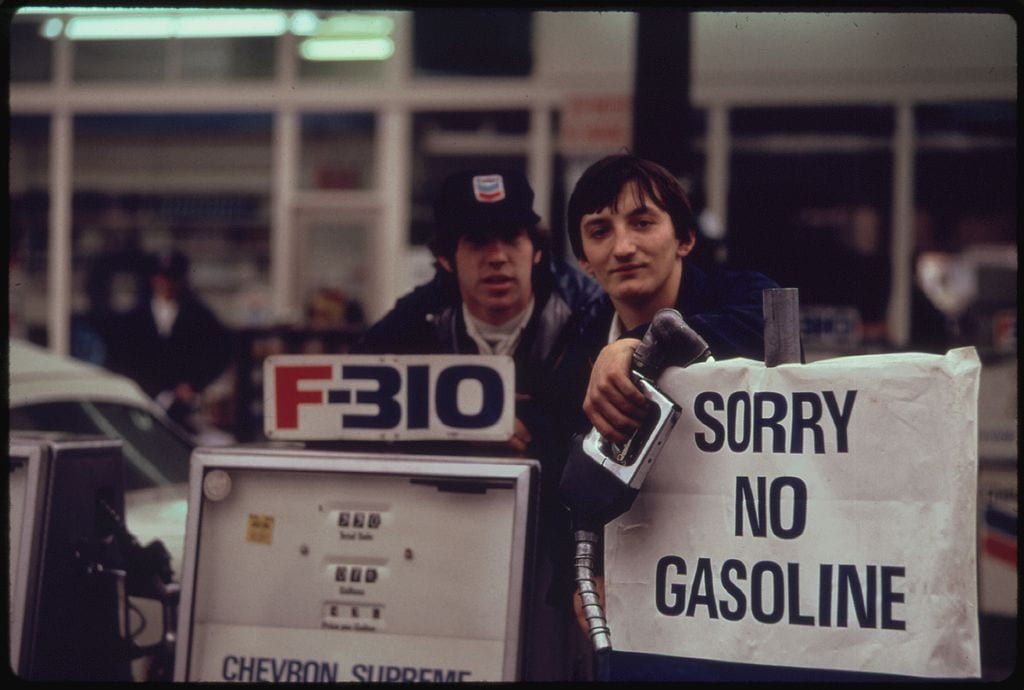 We’ve all had a few laughs at the Oregonians who are freaking out about the possibility of having to pump their own gas.

This comment from a local news story is probably my favorite: “My mom can drive just fine. But she has arthritis that would make it impossible for her to pump her own gas. I go to work at 5 in the morning. Not a lot of people at the gas pumps at that time in the morning. And yes I will not feel safe pumping my own gas. Crime were (sic) I live is ridiculously out of control. Not to mention it’s freezing and rainy. So thank you to all who voted to change it. You have now taken away a nice luxury that most of us enjoyed. Plus all the jobs. Gas is not going to be any cheaper.”

People had lots of other worries, too. What do you do about kids in your car? And what about the gas smell? And the homeless nearby? And won’t somebody think of the disabled?

“Apparently most people in Oregon assume that in order to pump gas you must first remove all people from the vehicle and stand in the open while thugs attack from all angles, all while being sprayed with gas,” wrote one of the non-Oregonians who couldn’t stop laughing.

There’s a lesson, though. The episode illustrates one of the general flaws with the Democrats’ way of thinking, and why they so rarely realize their error.

Their problem is that they almost never consider opportunity costs.

Now usually, this is a failing that’s common to all of us. It’s hard to imagine all the conceivable alternatives to a problematic status quo. So we tell government to fix it.

Of course, our lack of imagination is one reason markets work so well. It only takes one person to think up the solution and sell it to the rest of us. And it explains why collective action tends toward the mediocre. Just to find an idea that half the people can understand is a challenge; to find one that half the people actually support… well, there’s a reason we vote for meaningless slogans.

But Republicans, at least some of them some of the time, recognize the shortcoming. Democrats think government action conjures something into being; that the government is the sustainer of all things. Without it, all would collapse into void and nothingness.

We see this assumption in the health care debate, where the termination of a requirement that individuals purchase health insurance is considered equal to stripping healthcare from them. We saw it in the Net Neutrality debate, where millions assumed internet service would turn into something awful the minute a recent mandate was rescinded. And we see it every time a politician calls for stimulus or infrastructure spending to boost the economy. You could call this assumption the foundational error of Keynesian economics, which is focused entirely on measuring what is seen.

A half-century before Keynes, the French economist Frederic Bastiat explained the error, in the first lines of his famous essay, “That Which is Seen, and That Which is Not Seen.”

In the department of economy, an act, a habit, an institution, a law, gives birth not only to an effect, but to a series of effects. Of these effects, the first only is immediate; it manifests itself simultaneously with its cause — it is seen. The others unfold in succession — they are not seen: it is well for us, if they are foreseen. Between a good and a bad economist this constitutes the whole difference — the one takes account of the visible effect; the other takes account both of the effects which are seen, and also of those which it is necessary to foresee.

The essay is best known for its parable of the broken window, by which Bastiat disproved that economic activity for its own sake necessarily produced any benefit. It’s a story of a little boy who breaks a window in his dad’s shop. The neighbors, meaning consolation, point out that everybody’s got to earn a living, even glass repairmen, and at least some money will circulate, and trade be enhanced, etc.

It’s good for the economy, we’d say now. Only it’s not, Bastiat points out. The shopkeeper would’ve surely spent the cost of repairs on something else — a new pair of shoes, or a book, perhaps. There was no net gain to the economy from his purchase of a new window. He is in fact poorer for the damage, even if most economists would measure the activity as a positive.

Every economic activity that is coerced by the government shares a trait with that window replacement — it had an opportunity cost. That is, somebody had a better, more productive idea of how that money could have been spent.

Once you see this, either you head in the direction of the Austrian and neoclassical economists, with theory centered on utility and individual preference, or you disregard it, which the bulk of the profession does. Who wants to spend time extrapolating from conjecture when there’s all sorts of actual economic activity one could measure? Empiricism has a weighty appeal, even though, often enough, the stuff being measured is no more worthwhile or productive than a kid throwing a rock through a window pane. It’s stuff like requiring gas stations to employ attendants to pump gas.

“Society is the aggregate of all the services that men perform for one another by compulsion or voluntarily, that is to say, public services and private services,” Bastiat wrote. “The first, imposed and regulated by the law, which is not always easy to change when necessary, can long outlive their usefulness and still retain the name of public services, even when they are no longer anything but public nuisances. The second are in the domain of the voluntary, i.e., of individual responsibility. Each gives and receives what he wishes, or what he can, after bargaining. These services are always presumed to have a real utility, exactly measured by their comparative value. That is why the former are so often static, while the latter obey the law of progress.”

We’d consider the gas station attendant to be a private employee, but according to Bastiat’s conception, he actually belongs to the category of public services — the realm of the useless, the near-useless, and the expensive. However useless, once “an act, a habit, an institution” is established, it gets hard for us to imagine alternatives. This is why all the fussing by Oregonians was so funny.

“This a service only qualified people should perform,” one wrote. “I will literally park at the pump and wait until someone pumps my gas. I can’t even…”

The rest of us all recognize the pointlessness of paying somebody to do this job that doesn’t need doing, but only because we have such familiarity with the routine of pumping gas. Usually, the free-market alternative to an established government mandate sounds hypothetical at best. So time after time, the statists carry the day with arguments like the ones the Oregonians are making.

If we gave the free market a chance to work, I think we’d find that we’re all as ridiculous as the Oregonians.

Health care, education, housing — couldn’t they all be as simple as swiping a card and pressing a button?