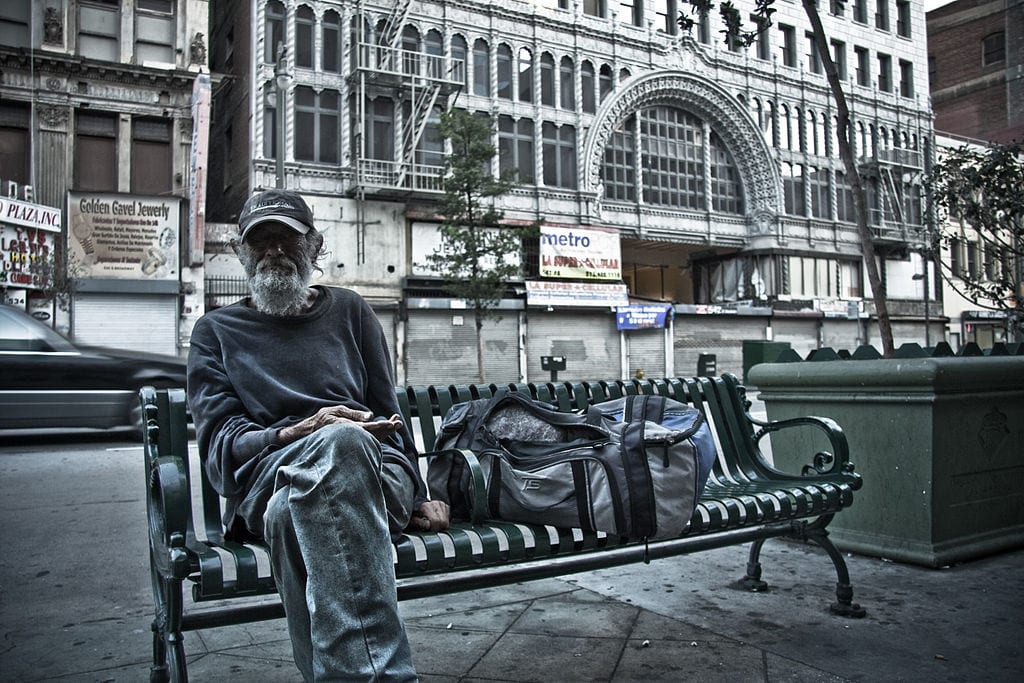 Los Angeles has gone from Tinsel Town to shanty towns. The city’s well-intentioned efforts to combat its homeless population crisis are not simply not solving the problem, the problem is getting worse. Clearly what L.A. is doing is not working; equally clear: The city must rethink its approach — starting with its economics.

A February 19 Los Angeles Times headline summed up the city’s reversal: “L.A. County’s homeless problem is worsening despite billions [an estimated $4.7 billion over ten years] from tax measures.” A clearer definition of failure would be hard to find.

In 2016, city voters approved two tax increases to build more homeless housing. Projections based on using that new money estimated a 14 percent reduction in homelessness annually — to 41,323 in 2017. Yet, 2017’s count approached 59,000.

This surge in homelessness is particularly localized. Last December 21, the New York Times cited last year’s national increase in homelessness as being “driven by the dramatic surge in West Coast cities. More than one-quarter of the total homeless population nationwide lives in California, roughly 114,000.”

Four of the nation’s top ten cities for homelessness are in California. Honing in further, U.S. News and World Report stated: “Excluding the Los Angeles region, total homelessness nationwide would have been down about 1.5 percent compared with 2016.” There is a reason Los Angeles is commonly called the crisis’ “epicenter.’”

Last week, the New York Times quoted Lieutenant Governor Gavin Newsome: “As Democrats, we have a unique responsibility to address this issue head on. With all due respect, this happened on our watch. We own this.”

In a state increasingly known for eschewing market principles, the embrace of “ownership” in any form is refreshing. If California and Los Angeles are going to fix their problem, it should not stop there.

Firstly, Los Angeles is not simply going to build its way out of its problem. Homeless housing is a resource like any other, and every other subsidized resource results in increased demand.

This obvious outcome is perhaps more easily recognized in a different resource, such as public roads. A municipality desiring to alleviate its traffic congestion builds more roads. The reasoning: When encountering excess demand, increased supply should solve the crisis.

However, simply supplying a resource without affixing a cost to regulate demand will see demand increase — until regulated by a cost measured in something other than money. For instance: Time stuck in traffic. In the case of homeless housing: Waiting lists.

Demand is not static. It changes with the cost of supply. The more supply is subsidized, the more rapid the increase in demand. However, what is clear in one form of public good may be invisible in another.

Certainly there can be other factors driving L.A.’s homeless increase. Perversely, L.A. officials cite one being the good economy. Increasing demand for housing has driven up its cost, pricing marginal income people out. Yet other localities are not experiencing Los Angeles’ crisis — even with stronger economies.

Rather than blaming the marketplace, which is working elsewhere, officials should see their failure reflected in it. What constraints have they instituted that prevent the market from producing housing?

Besides increasing subsidized housing increasing demand for it, it often also reduces supply: It drives out private suppliers of alternative low cost housing.

Well-meaning regulations — intended to set housing standards — also increase private housing’s cost, either causing its demise or pricing consumers out. Those regulations grow increasingly expensive at the cheaper end of supply, where they are a higher incremental percentage of overall cost.

L.A. should also apply market principles to how it provides housing.

Creating a subsidized culture of housing risks creating a permanent clientele for it. In a fundamental sense, people who can only remain in their housing through subsidies are effectively still homeless — and only the loss of subsidy away in reality.

In order to address both the government’s problem of increasing demand for a subsidized resource and the individual’s need to quickly get past subsidized housing, requirements are needed on the demand side, just as their reduction is needed on the supply side. In other words: Less is more on the supply side, and more would mean less on the demand side. And both would mean better.

After immediate emergency assistance, training and work requirements are needed, and as soon as possible payment requirements. These will both help control demand, but more importantly prepare individuals to return to their best opportunity: the private sector.

Government-provided homeless housing must come with reform: in how government regulates housing, how government subsidizes it, and how individuals receive it. Absent these, Los Angeles will not just continue ignoring market forces, but running against them. And losing.