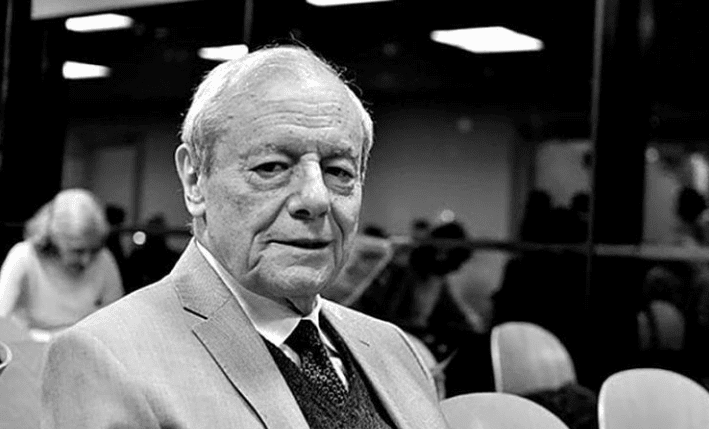 John Simon, a prominent art, film, and books critic, died on Sunday in Valhalla, New York. He was 94.

Simon was one of the most critical and widely criticized of American cultural commentators. His reviews in New York magazine, National Review, the Weekly Standard, and The New Criterion tore apart what he saw as the sorry state of American culture. William F. Buckley Jr. once said, “Simon reviewed movies in the same sense that pigeons review statues.”

Simon remained a working critic until the end of his life. After an interview with James Panero at The New Criterion early this year, Simon and I (then on a fellowship at TNC) walked back to the 23rd St. and Park subway station so he could take the uptown 6 train back home. He told me about a video talk show he was conducting with a younger writer and said TNC was one of the few places that would return his phone calls (his recent piece there on the art of criticism is instructive on his expectations for art).

The Wall Street Journal published what would be his final major interview earlier this month.

In the past few days, the final judgments issued on his work have been, unsurprisingly, a mix of grudging respect and vitriol. That’s fitting, in a way, and he surely expected no less, given the opening of his last blog post:

One person’s critic is another person’s crackpot. That they are not united in their opinions is ascribable to the Latin saying: quot homines, tot sententiae. I myself prefer being considered a creep, but that is what you get for having what Vladimir Nabokov called “Strong Opinions.” It is odd that in a country so wallowing in negativity, starting with mass shootings and climaxing with Trump, such an unimportant matter as theater criticism should generate so much hostility. The only target patently more important is lead in the drinking water.

Below are two examples of Simon’s work for The American Spectator. The first, “A Handbook for Maidens,” addresses the “pronoun problem” that still plagues us today. The second is a review of The Magic Lantern, a 1988 memoir by one of Simon’s few favorites, the Swedish filmmaker Ingmar Bergman.

From November 1980: “A Handbook for Maidens,” by John Simon 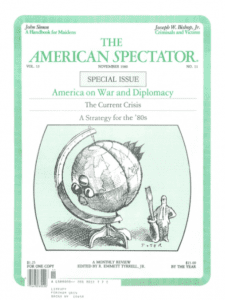 From November 1988: “The Magic Lantern: An Autobiography,” by Ingmar Bergman, reviewed by John Simon 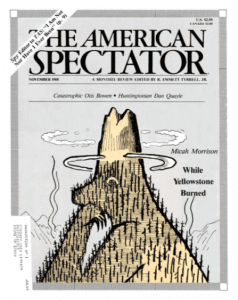