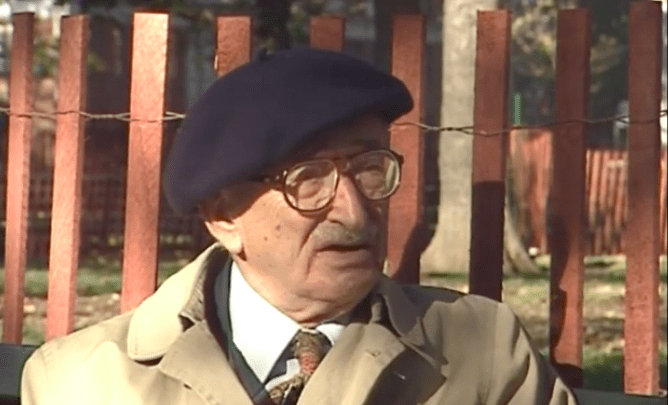 It was 30 years ago this fall that communism collapsed in Eastern Europe. One person who would have been thrilled to witness that epic event, but who died mere weeks earlier, in July 1989, was the renowned Sidney Hook. Hook was one of America’s leading intellectuals. He spent much of the 20th century with Marxists, socialists, agnostics, and atheists — himself falling into more than one of those categories.

By 1989, Hook was at the Hoover Institution and had recently written memoirs. He also spent time with R. Emmett Tyrrell Jr., founder of this publication. Tyrrell attests to his fondness for Hook and for Hook’s century-long search for deeper meaning, including for God.

Faith had always intrigued, puzzled, attracted, and eluded Hook. Tyrrell recalls a stroll one afternoon in New York with Hook and Bill McGurn, a longtime writer for The American Spectator. Hook looked upward — that is, heavenward — and, as though he were talking to (or protesting) God, said, “But the evidence. You have got to provide me with the evidence, and it’s just not there.”

Such things were the subject of two fascinating analyses of Hook published in The American Spectator in 1987: Tom Bethell’s “A Stroll with Sidney Hook” (May 1987) and Bill McGurn’s review of Sidney Hook’s book, Out of Step: An Unquiet Life in the 20th Century (June 1987).

“I have always been partial to the golden reasoning of Aquinas and his inspired common sense,” Hook told Tom Bethell, who described Hook at that point as a secular humanist. Hook still found disagreement with the so-called “Scholastics,” though he told Bethell he had much more respect for “Catholic Thomists than … some modern Catholics” who had been “infected with Protestant and pantheist heresies and lack the courage to avow it.” He was especially appalled by Jesuits who defended everything from socialism to communism under Mao.

“Despite all his [Hook’s] disagreement with Roman Catholicism, he seems to take that as the only model of Christianity,” wrote McGurn. “Protestantism never gets a hearing; nor does he turn his attention to any religious aspect of Judaism.” Speaking of Jacques Maritain, Aquinas, and scholasticism, McGurn observed that “Hook’s objections to God appear downright, well, scholastic.”

Tom Bethell noted that once a friend asked Hook what he would say if he one day woke up and saw God standing at his side. “Lord,” he would say, in a statement almost identical to what Bob Tyrrell heard him say in New York, “you didn’t give me enough evidence.”

A sentiment decidedly un-Thomistic. Thomas Aquinas would have emphatically disagreed with that. Reason alone tells us so.

In his final days, where did Sidney Hook stand with God? Perhaps only God and Sidney Hook could have answered that for us.

Enjoy these two fine writings from the Spectator archives. 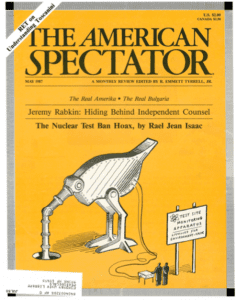